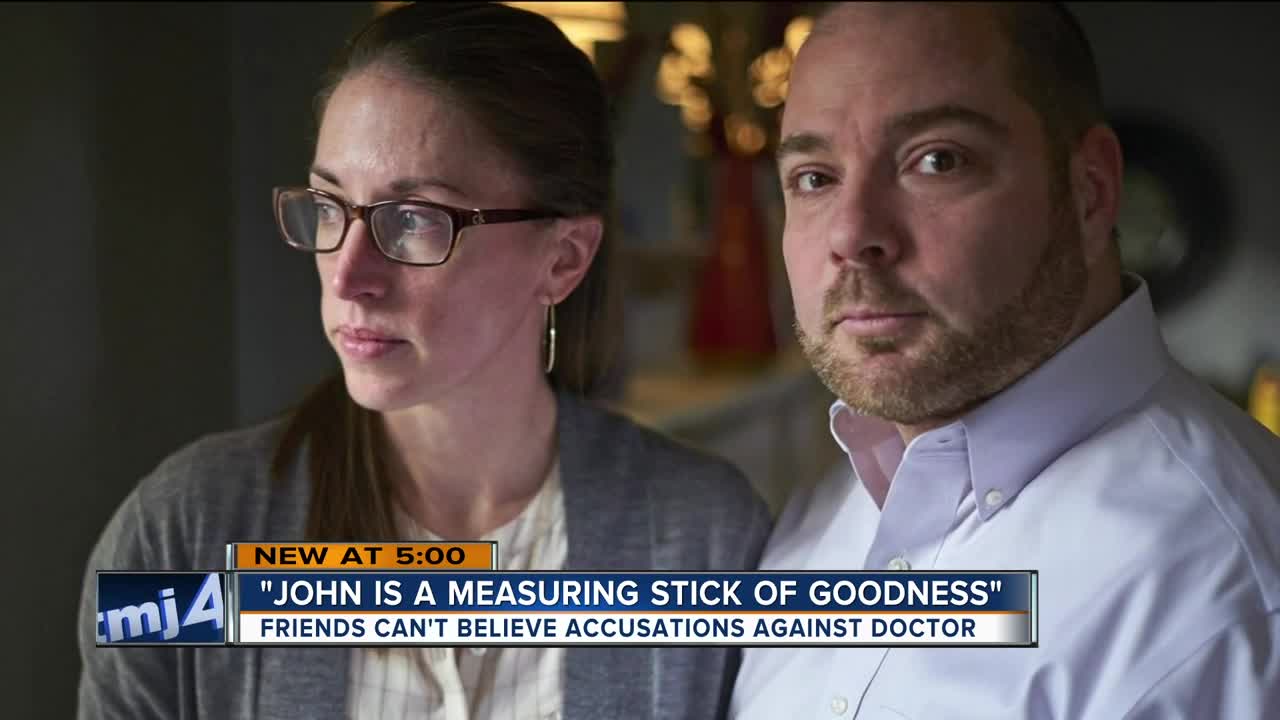 The former Emergency Room doctor accused of abusing his 1-month old was denied his motion to dismiss the charges against him Wednesday afternoon.

MILWAUKEE — The former Emergency Room doctor accused of abusing his 1-month old was denied his motion to dismiss the charges against him Wednesday afternoon.

Cox's attorney, Michael Levine, questions the validity of the criminal complaint. They call into question whether the prosecutors took out pertinent information from medical professionals that could show the charges against Cox aren't accurate.

"We have a complaint that is wrought with omissions," Levine said. "No neutral detached magistrate could fairly determine whether or not probable cause has been established based on these omissions. It's effectively only presenting half of the facts."

Dr. John Cox faces a charge for hurting his 1-month-old daughter in May of 2019. However, he told NBC News the diagnosis of her injuries by the Children's Wisconsin Child Abuse team was grossly mischaracterized. Other doctors further went on to tell NBC News, there is an abuse of power within the Child Abuse team, calling it 'out of control.'

Examples of the mischaracterization were pointed out by Levine in the criminal complaint. Levine called out several pieces of evidence from experts that were not credible.

They say the hospital incorrectly categorized an impression on the girl's face as bruising instead of it being the result of a pacifier.

They point out a bruise on the baby's heel was from a blood draw but the investigators claimed it was evidence of abuse.

Levine says the state relied on experts who used false facts to make judgments on the baby's injuries.

"In this case, the state relied upon less qualified providers, i.e., nurse practitioner and a child abuse pediatrician from out of state who did not examine the child," Levine said. "To support a speculative claim of abuse while deliberately omitting the findings of more qualified providers. That's why this criminal complaint demonstrates a reckless disregard of the truth. Mere omissions might be attributable to error but these are not mere omissions. Rather, they represent a selective, incorrect and incomplete presentation of the facts."

Deputy District Attorney Matthew Torbenson took exception to the idea he omitted facts in this case. Prosecutors must prove three things in the trial to find Cox guilty of abuse. Essentially, they need to prove that Cox did cause bodily harm to his baby, that he intentionally caused it and that she is under the age of 18.

The crux of the argument here is whether Cox intentionally hurt his daughter. Torbenson says they showed enough evidence to charge Cox.

"It was that this defendant, by his own admission, after seeing the bruises on this child, admits to likely squeezing and inflicting the bruises," Torbenson said. "Everyone here should know that. Admits that he likely picked her up and held her tightly, squeezing and causing the bruises. The last paragraph [of the criminal complaint] delineates that. It says, forceful squeezing and compression of this child's torso laterally would lead both to the fractured clavicle as well as to the pattern bruises on the child. Done. That's the theory of the state's case. You can not do that by any other means, other than intentionally inflicting that sort of harm to a child. That type of squeezing does not happen in normal care, the routine handling of an infant child."

"The defendant was alone with this child," Rothstein said. "The child was injured, in a way, the state's medical experts conclude as an intentional injury. That's the trial. That's what's going to be tried in this case."

Cox told NBC News, more than 15 other medical experts who treated the baby or later reviewed the case say the child abuse team at Children's Wisconsin made serious errors.

Many of Cox's friends, family, and former colleagues said these doctors' evaluations of the girl should be proof enough that he did not intentionally harm his daughter. However, they say those evaluations paired with the man they know make it impossible to believe he did something like this.

"There is just kindness throughout," Mara Dehning, Cox's cousin said. "There is no way he could do anything to harm a child, let alone his own."

"Parents who intentionally abuse their children do not then bring them in for medical care saying, 'I think I hurt this baby,'" said Dr. Maria Ryan, who went to medical school with Cox. "That just doesn't fit for me. That's where all of this, stacked with really knowing John's character just doesn't fit. People who are abusers don't spend their free time on the steps of Washington. It's such a mischaracterization of what happened."

"For me and many others, John is a measuring stick of goodness," Eric Dinger, a longtime friend of Cox said. "He and his wife Sadie, are the people to whom I aspire to put that amount of good in the world. He's the guy who went to medical school. He's the guy who always took great care of his disabled brothers. He's the guy who has always been the, adopt kids, just constantly putting good out. I think some of what's most shocking about this for so many people if it can happen to him, why would I be exempt from that?"

Cox is due back in court on Tuesday for a preliminary hearing.