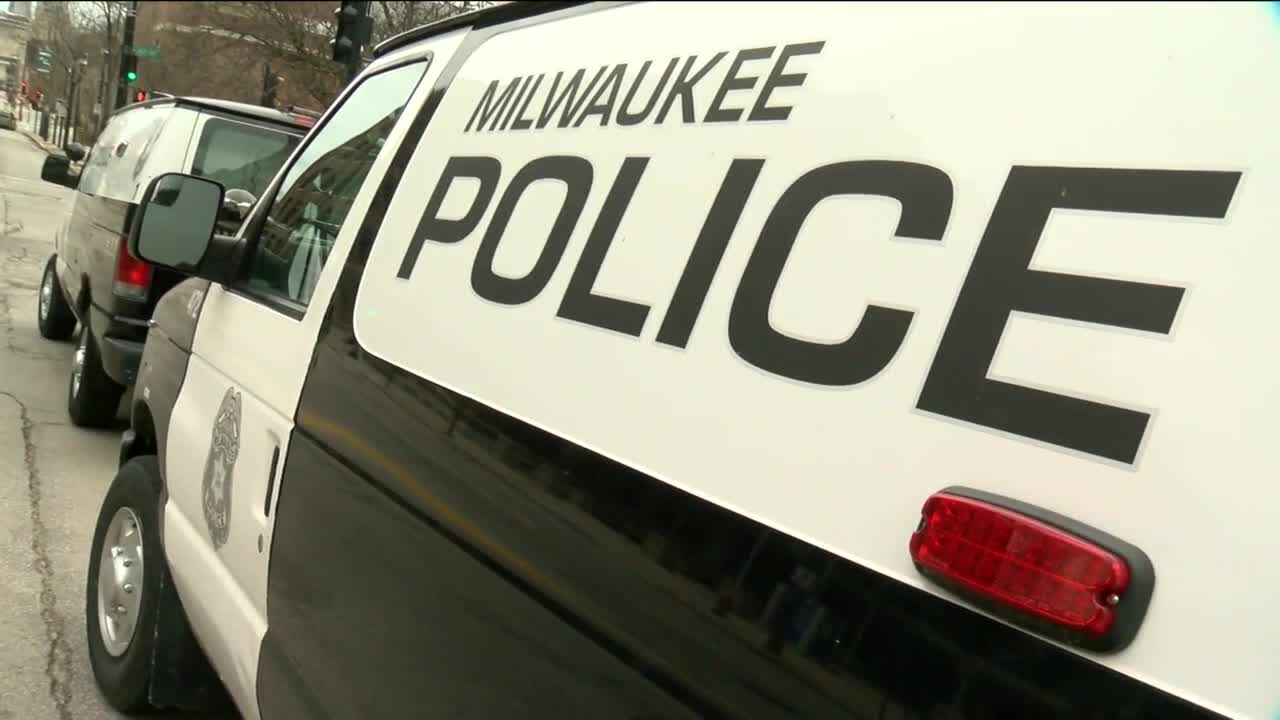 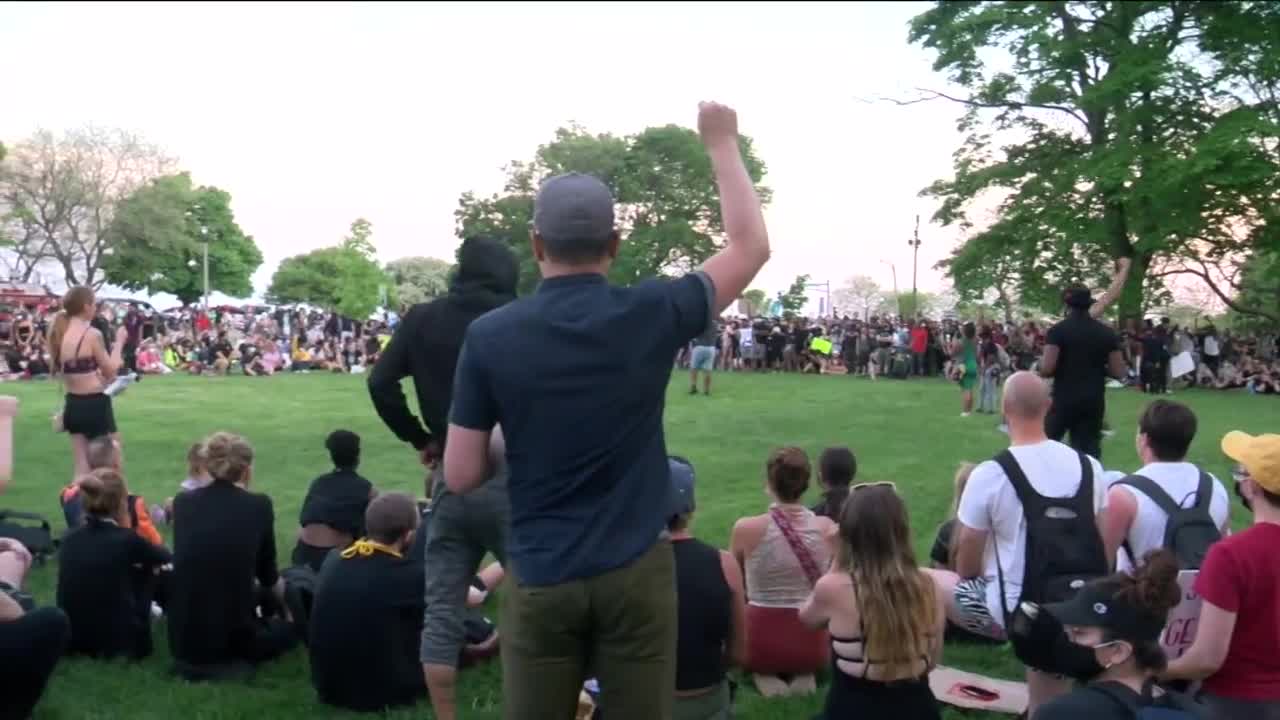 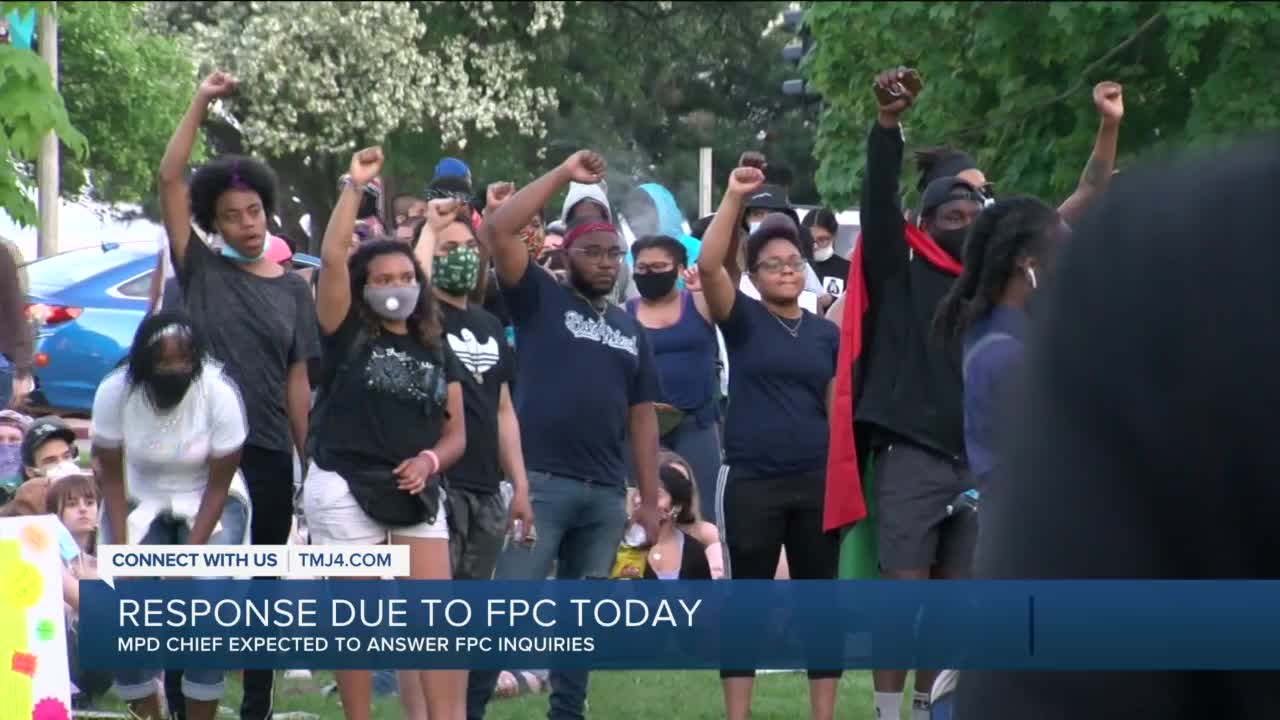 MILWAUKEE — By Tuesday, Milwaukee Police Chief Alfonso Morales had to provide an explanation to the Fire and Police Commission on why tear gas and pepper spray were used during some protests back in June. It’s one part of the first of 11 directives given to him by the commission two weeks ago.

At a Milwaukee Press Club luncheon Tuesday, Morales didn’t address the directive specifically but discussed how they’ve impacted his department.

“I can tell you right now what my plan is to fulfill those directives,” Morales said.
Morales, sitting next to his lawyer, Franklyn Gimbel, said he’s well on his way to responding to the 11 directives ordered by the Fire and Police Commission.

The first directive due on Tuesday, relates to the use of tear gas and pepper spray for crowd control. It includes two parts: (1) a decision on changing that policy, and (2) providing a description over the use of these tools during protests back in June. The decision on any changes to the policy was pushed off until September.

MPD responded to the first directive with this video:

“As far as today and for the DNC, there is no change in the policy to have us change how we handle the civil disturbances,” Morales said.

However, he still faces a challenge after more than 100 law enforcement agencies dropped out of coming to Milwaukee for the DNC, concerned over that first directive.

Morales said these directives have caused more issues for his department.

“For me as a chief of police, the crime is one of the important pieces for me to have a grasp and a handle of, but what I'm doing in working on these directives, it takes not only myself but my executive staff offline to do that,” Morales said.

Instead of responding to directives, he wishes he could focus on what’s happening right now.

“We have a DNC in less than two weeks that’s occurring, and the first 13 days after I received these directives, we’ve had 10 homicides and 64 non-fatal shootings,” Morales said.

Morales said he’s still trying to figure out staffing for the DNC. He said whether they work with the National Guard, federal officers or other members of law enforcement, he ensures they will be unified in objectives.

“My prayer is it is all done peacefully and that we’re able to manage a peaceful, productive event,” Morales said.

He and Gimbel also reemphasized the importance of having enough staff to protect the city, even if the convention is scaled down.

“This will still be a place where the media will come to essentially pass through to the universe what the democrats are doing for the 2020 election, and that’s like putting bait in a rat trap for protesters who want to spew whatever their political agenda is,” Gimbel said.

On top of all of this, Morales didn’t hold back discussing the difficulties of community outreach during this time.

He said he’s proud of his officers who have come to work, despite losing some members, working in a pandemic, and dealing with civil unrest in June. Morales said during that first week in June his officers worked more than 16 hours a day. According to Morales, these challenges also set back some progress made in police reform over the decades.

“It’s important that we’re able to discuss our frustrations, but also find a way where we can work together to help with what is actually the problems,” Morales said.

Morales stressed that he’s dedicated to serving the city he grew up in.

Morales will meet with the FPC on Aug. 6 to discuss how he is fulfilling/plans to fulfill the other 10 directives.