Monday marks one year since Fiserv Forum opened its doors 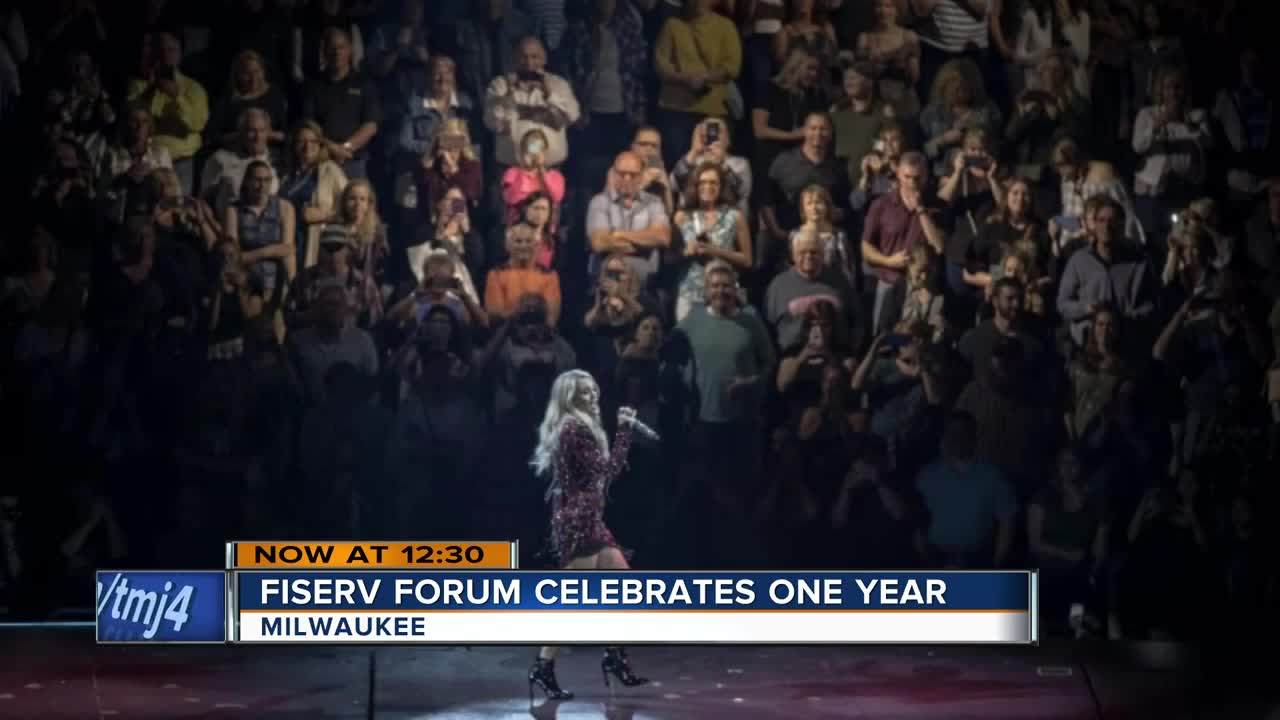 Bring out the cake because Fiserv Forum is celebrating its first birthday. The arena officially opened its doors one year ago Monday, and what a year it has been.

"This year was incredibly exciting and successful and I can't wait to see what year two holds," said Senior Vice President of the Bucks Alex Lasry.

Fiserv Forum welcomed 2 million people through its doors in the first year, whether they came to support the Bucks or listen to music from numerous performers like Kiss, Ariana Grande, New Kids on the Block and more.

Milwaukee Bucks Senior Vice President Michael Belot says it's not just about the Bucks or the music, but the community at large. The impact Fiserv has had can be seen across the region.

The arena has employed more than 1,000 workers part-time and 100 full-time. Most of those workers reside in Milwaukee County,

"It really shows the revitalization and renaissance that's happening in the city of Milwaukee," said Kelly Kauffman, chief human capital officer of the Milwaukee Bucks.

Fast forward to next year, when the arena is nearing its second birthday, the impact will be even larger as Fiserv Forum hosts the 2020 Democratic National Convention.