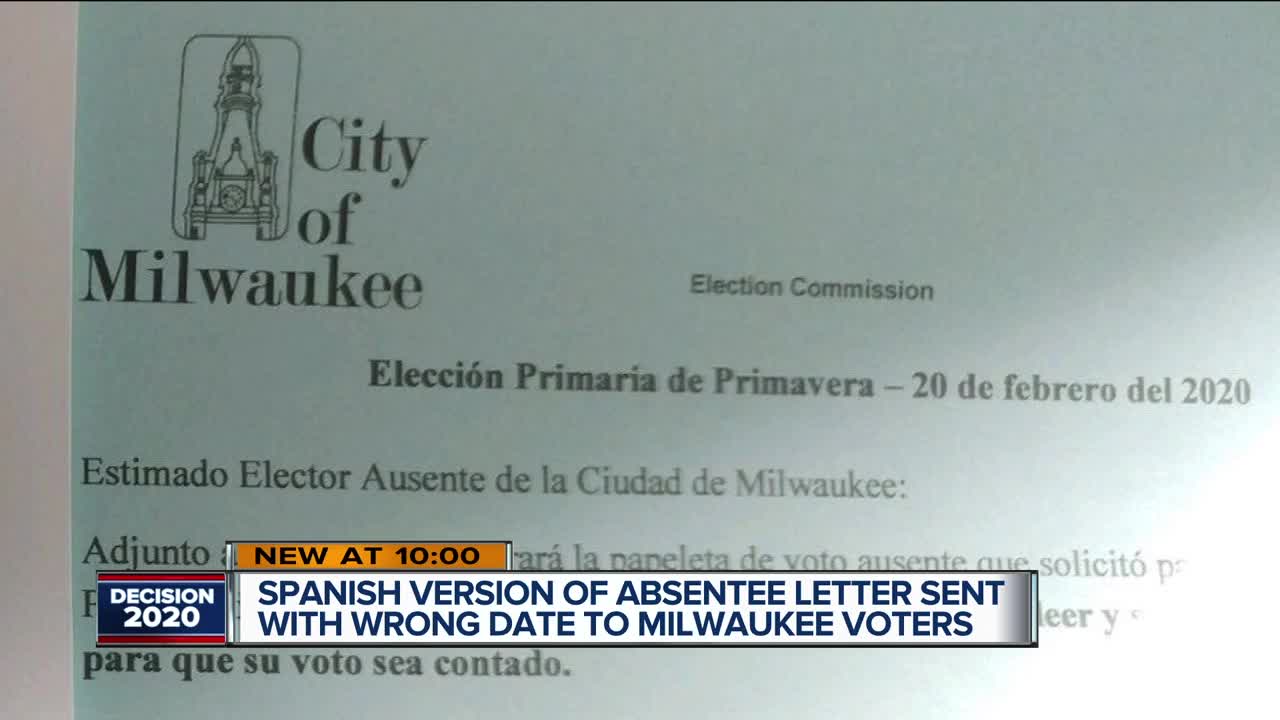 More than 2,000 Milwaukee voters recently received a pair of election notices: one in English, another in Spanish. Both listed different dates for the primary election.

MILWAUKEE — More than 2,000 Milwaukee voters recently received a pair of election notices: one in English, another in Spanish. Both listed different dates for the primary election.

"He told me about the wrong date. It's always the wrong date when it comes to us, they always treat us bad," said Rodriguez. "Like they don't want us to vote."

The City of Milwaukee Election Commission says the Spanish version of the letter was sent to voters who live in Milwaukee's Spanish-speaking communities.

Executive Director Neil Albrecht says the Milwaukee Election Commission has an internal policy to proofread all external communication to voters, but this time, Albrecht says that policy wasn't followed.

"Unfortunately we were going through a staff transition at the time that absentee ballots were being mailed, so that particular step was missed," said Albrecht.

When the Milwaukee Election Commission was notified of the error last week, they sent corrective letters to make sure everyone knows the correct date: February 18th. Rodriguez hopes this was just a mistake.

"Give us a fair handshake," said Rodriguez. "That's all we ask for."

To find out where to vote and what's on your ballot for the primary, click here.