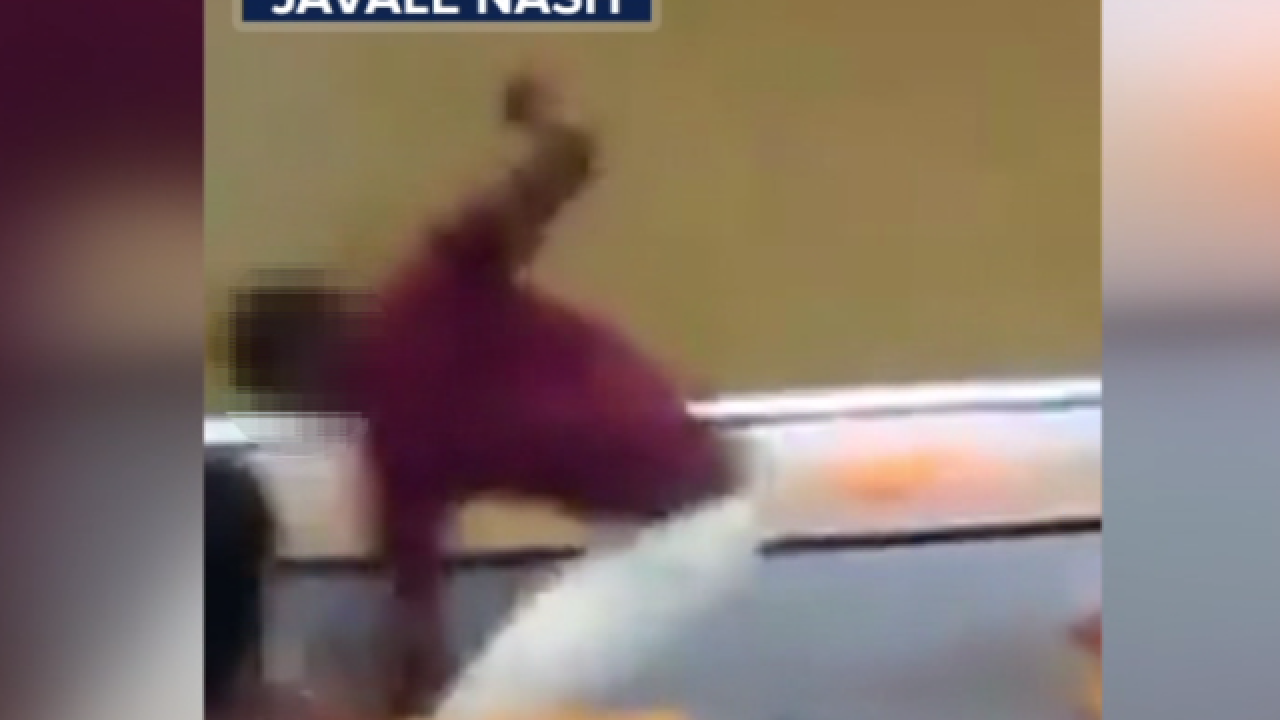 One week into the school year, a student has been arrested for attacking a teacher in the middle of class.

Cell phone video captured the exact moments a 16-year-old student went from a confrontation with a teacher to knocking him down and punching him over and over.

"That scares me. Oh my god, that really scares me," said Niki Gerth, who has a freshman daughter at South Division High School.

Niki and Jerry Gerth did not know this fight happened at their daughter's school earlier today until TODAY'S TMJ4 showed them the video.

A student from South Divison says the man is well known among kids.

"He is kind of like helper," said Gustavo Miramontes, 17. "He mostly just like if a kid has a question he will help them out if they are struggling or something."

Milwaukee police said the student was arrested at school. Milwaukee Public Schools would not comment further on what happened citing because it is a police matter.

However, parents say this should not have happened on school grounds to a teacher.

Police say the case against the teen should be presented to the Milwaukee County District Attorney's Office soon for possible charges of battery to a school district official.