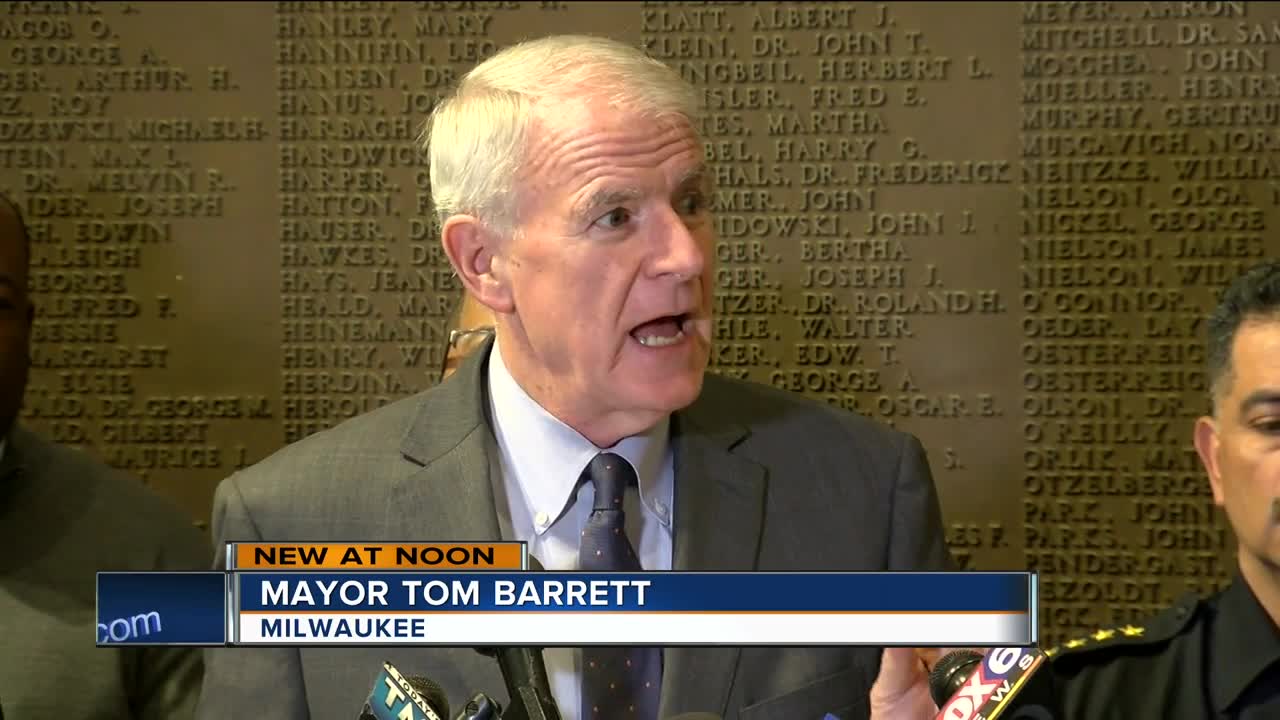 The City of Milwaukee says its murder rate is the lowest its been in five years.

MILWAUKEE — The City of Milwaukee says its murder rate is the lowest it's been in five years.

"This is something we can be proud of but in a very serious way," Mayor Tom Barrett said. "Our work is not anywhere close to being done."

In 2019, homicides dropped 33% compared to five years before. Last year, there were 97 homicides in Milwaukee. In 2015, that number was at 145. It's a larger decrease than in cities like Chicago, Detroit, St. Louis, Baltimore, Philadelphia, Cleveland, Kansas City, Memphis, New Orleans or Oakland.

The Office of Violence Prevention says the decrease is in large part due to the Blueprint for Peace, implemented in 2017. Through a collaborative effort with law enforcement, Health Department, community leaders and more, they've all worked together to establish a presence in the community.

The decrease is something city leaders say should be applauded but they say these numbers don't necessarily show what's being done to prevent shootings from happening.

"We've hired credible messengers from the community to be able to interrupt cycles of retaliatory violence," Moore said.

The Milwaukee Police Department says 20% of the city's homicides last year were related to domestic violence. It's something they'll put a greater focus on in the new year.

Officials somberly celebrated the decrease Monday morning, saying they know there is still room to improve.

"It is my expectation, that our work and that collaboration with so many will only continue and grow," Alderman Milele Coggs said. "So that in 2020, we'll be sitting here with a much higher percentage than 33%."