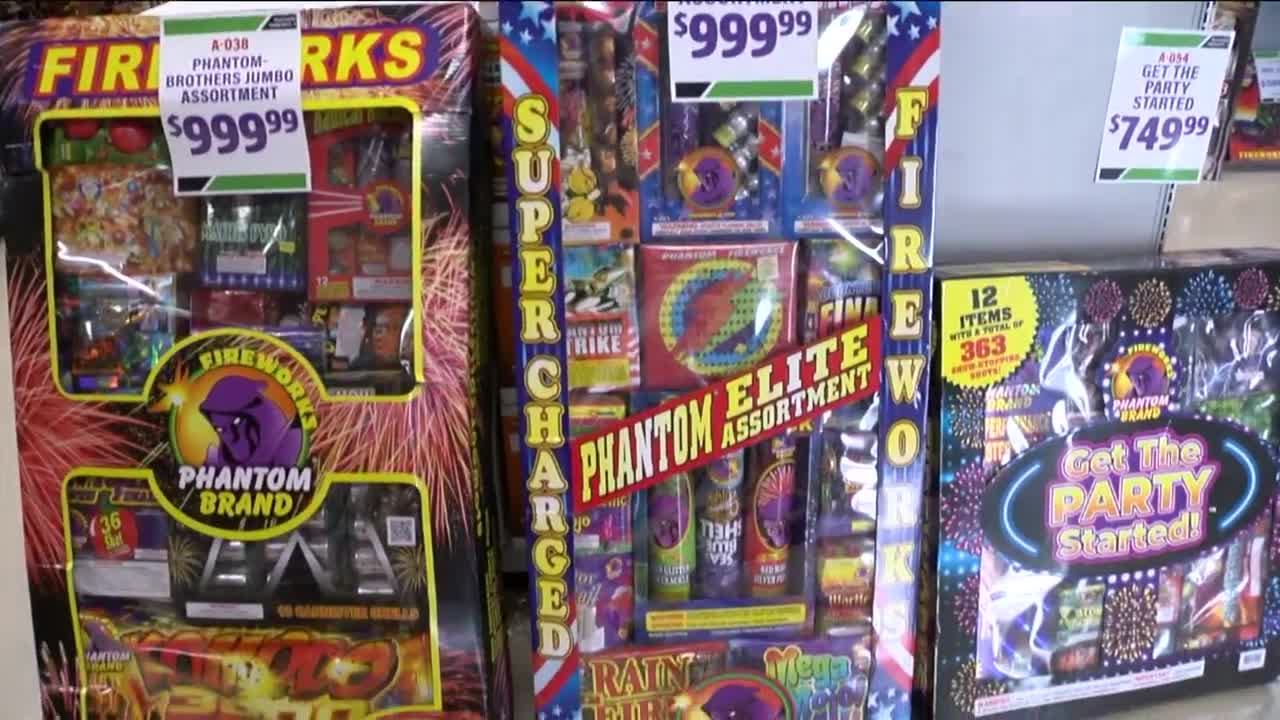 Complaints about fireworks in Milwaukee neighborhoods are at a high, up more than 600 percent from last year. And the 4th of July is still a week away.

MILWAUKEE — Complaints about fireworks in Milwaukee neighborhoods are at a high, up more than 600 percent from last year. And the 4th of July is still a week away.

Is it because more local fireworks shows have been canceled this summer due to COVID-19? Or, just a byproduct of summer in the city? No one knows exactly why there seem to be more fireworks going off every night, but a lot of families are sick of it.

“On a nightly basis we hear very loud fireworks,” said Michelle, who lives on the Southside. “The kids will wake up and be really scared. It’s a nuisance that everyone around here is sick of.”

Michelle says fireworks at all hours of the night and early morning are frightening her grandkids and pets.

“People are setting them off in the alleys, and all over, they do whatever they want,” Michelle said. “I just wonder what’s going on? Why isn’t anything being done about it? Fireworks are illegal in the city. I mean, I get it, we have bigger issues, but for the community’s sake something should be done about it.”

“We’re going to put messages out over the next week, and several weeks,” Sheriff Lucas said. “We want to put an end to some of the recklessness on the part of those who are doing it in our neighborhoods and county parks.”

Milwaukee Police have received more than 1,000 calls related to fireworks. Last year at this time, they received about 150.

“We’ve had discussions with our partners at the Milwaukee Police Department and all the 19 municipalities in Milwaukee County,” Sheriff Lucas said. “Whenever possible we’re going to enforce fireworks rules and start issuing citations. I know it’s unfortunate because of Covid-19 the major fireworks shows in our community have been called off, and even some of the smaller ones in area parks, but it doesn’t mean we now resort to have our own shows in our yards.”

Wisconsin fireworks sellers are reporting a boom in sales, with more people buying for at-home use.

Hartland is one of the communities in Southeast Wisconsin still having a fireworks show. The show was supposed to be Friday night, but because of rain, it’s rescheduled for 9:30 Saturday night at Nixon Park.