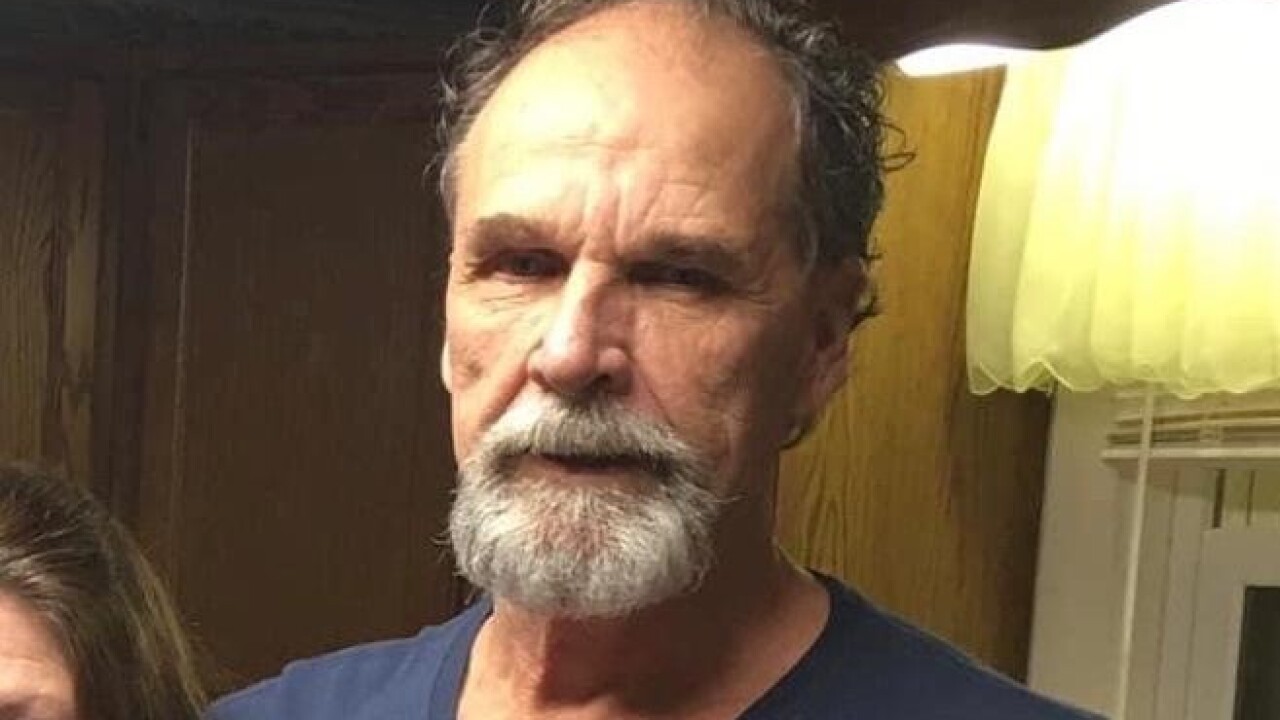 JEFFERSON — The Jefferson County Sheriff's Department is seeking a 62-year-old man who was charged with killing his sister and brother-in-law over a family dispute.

Kevin P. Anderson is currently wanted by the sheriff's department and is facing several felonies following an incident that occurred on June 16 around 5:48 p.m.

According to a criminal complaint, Anderson's sister was checking up on her deceased father's house with her husband when they noticed some broken windows.

Anderson's sister called the police to report a burglary. When the first deputy arrived on the scene, he found the sister on the ground next to her vehicle. She had been shot and was later pronounced dead.

While standing near the vehicle, the deputy saw someone in the backseat. He asked if they were alright but the Sheriff's Department says the deputy realized the victim had mental disabilities. The victim gave no reply.

The deputy retreated back to his squad to radio in the information he had observed and to grab his rifle. As he was relaying the information on his radio, someone began firing. The deputy believed the shots to be coming from the second story of the home.

The deputy began to fire back and retreated to the ditch across the street.

When additional deputies and investigators arrived a few minutes later, the discovered dark smoke and flames coming from the home.

Officials then used a drone to check out the rest of the scene. In doing this, they discovered Anderson's brother-in-law laying in the driveway in front of his vehicle. He appeared to be deceased.

In searching the scene, deputies discovered a vehicle in an outbuilding. That vehicle was registered to Anderson's wife. However, Anderson was nowhere to be found.

After further investigation, the sheriff's department discovered that Anderson's father had recently passed away and his sister was named the representative on his will.

According to the criminal complaint, Anderson thought he was going to be the representative. His wife says he was not happy when he found out it was his sister.

She told the sheriff's department, "I don't think he was really happy about that. He said 'why would Dad do that when he came out and asked me. And then if he changed it, why wouldn't he tell me.' That was his question to me."

Another one of Anderson's sisters, who was not involved in the incident, said Anderson always felt like he deserved more of the inheritance. He is also known to have a violent temper, according to a criminal complaint.

Now, Anderson is wanted for the following charges:

Anderson is described as 6-feet tall, weighing around 200 pounds. He has blue eyes and balding brown hair.

If you see Anderson, or have any knowledge of his whereabouts, please contact Jefferson County Sheriff’s Office at 920-674-7310.