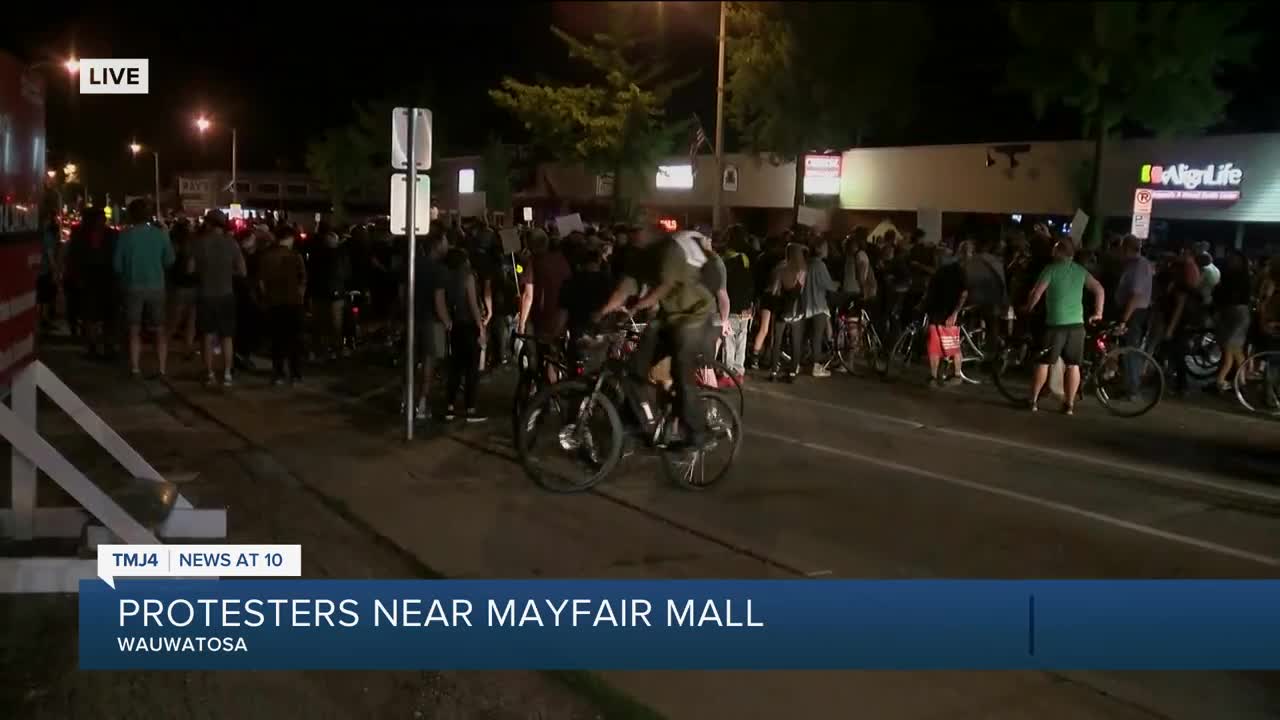 Milwaukee protesters marched into Wauwatosa to send a message to suburban communities that they need to participate in demonstrations too.

WAUWATOSA — Hundreds of protesters marched through Wauwatosa last night to send a message to Milwaukee's suburbs.

"I want them to understand this isn't just a problem for the city of Milwaukee, they have some responsibility with this as well," Shantrece McIntosh a protester said.

While many of the protests that have started in Milwaukee over the seven days of protests have remained there, on Thursday night demonstrators marched through Milwaukee and into Wauwatosa. The goal was to tell the neighboring community that they have to be part of change too.

“If we can come into their city and their suburbs where they’re comfortable at, in some words, make them feel uncomfortable, that’s what we need to do," McIntosh said.

Protesters halted traffic at many major intersections along their march to get their voices heard.

Protester Avery Adams said he was pleasantly surprised to see dozens of people of all ages and ethnicities follow their lead march.

“I think what they need to hear is that they can utilize their privilege to help us out. Them being silent is not helping us out at all.”

March organizers said they don't plan on stopping the protests anytime soon. They will continue demonstrating until they feel real change has been made.