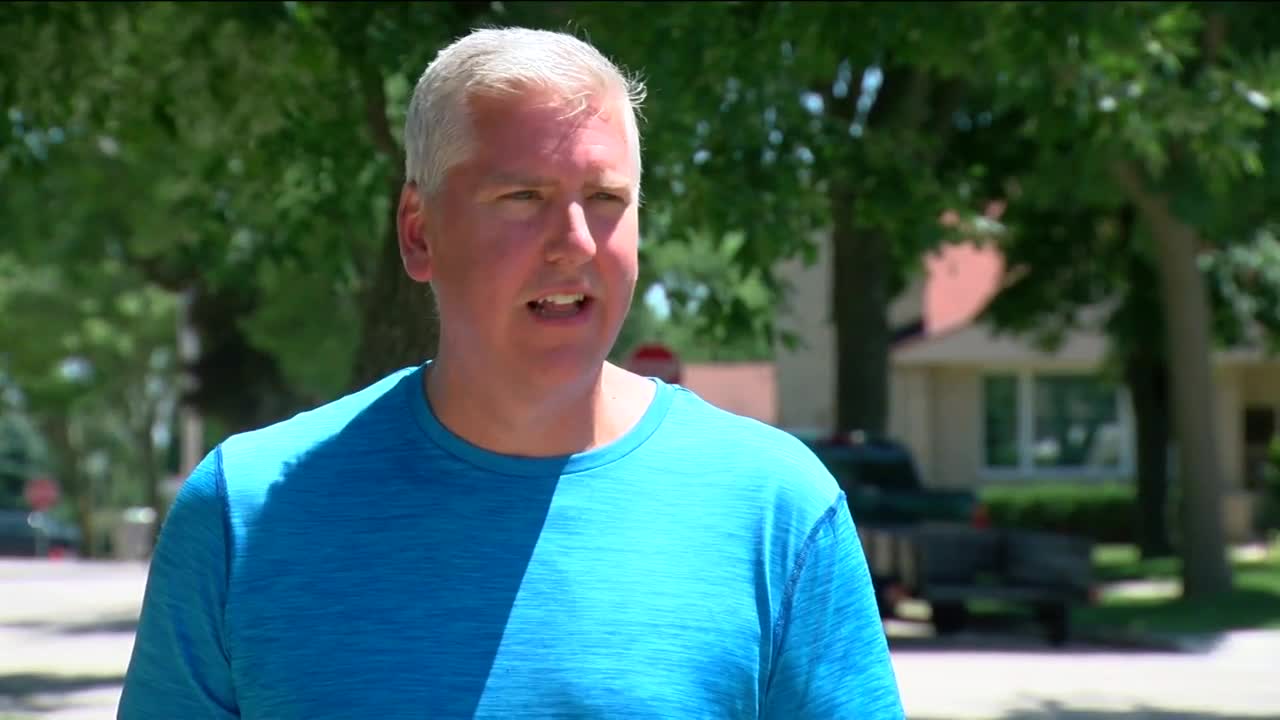 Dash camera footage shows a Milwaukee police officer trying to help people in a car that had just seriously injured him in a head-on crash.

Dash camera footage shows a Milwaukee police officer trying to help people in a car that had just seriously injured him in a head-on crash.

Milwaukee police officer Randy Bruso was driving down Oklahoma Avenue last Tuesday afternoon on his way back to the police station to finish his shift when an oncoming driver crossed the center line.

“Something came over the radio, I glanced down at my computer, I looked up, all of a sudden I couldn’t believe it,” Bruso said.

Footage from Bruso’s patrol vehicle shows a car coming right at him at such a high speed he had no time to react.

“It felt like somebody hit me in the chest with a sledgehammer,” he said. “It was a tense pain there and I tried to gather my composure and reach for the radio.”

“There’s been a crash, somebody hit me head-on,” Bruso told dispatchers right after the wreck.

Some good Samaritans in the neighborhood walked over to help the people trapped in the striking vehicle.

“After impact, I just knew I had to go out and help because that’s what we do,” Bruso said. “That’s not just my job, but I’m compelled by my morals, my values to help.”

Bruso tried to break a window with his baton to get inside the car, but he soon realized the victims needed much more than he could offer alone.

“I notified dispatch and ‘get here soon, tell MFD we need jaws of life’,” he said.

Sadly, the 27-year-old driver died. The passenger and Bruso were taken to the hospital for serious, but non-life-threatening injuries.

Officer Bruso fractured his sternum, broke three ribs and has bruises all over his body ten days later.

“I haven’t been able to sleep on my bed yet just because of the sheer weight and gravity and stuff like that,” he said.

With a long recovery ahead, Bruso wants the community to remember that most police officers are here to serve, no matter the circumstance.

“It’s a volatile time right now in this country and in the city and the acts of a few people are bringing us all down and I tell you what, I’ve been a cop over 17 years, there isn’t one day, one day that I came to work where somebody hoped they had to hurt somebody or get in some use of force, let alone shoot somebody,” he said. “I’ve seen what that does to people. They’re not the same person when they have to do something like that. Nobody wants to do that. We’re here to help and we do our best.”

Milwaukee police say they are still investigating to find out why the driver lost control of his car in the first place.