Milwaukee police donate basketball hoops to kids in the community 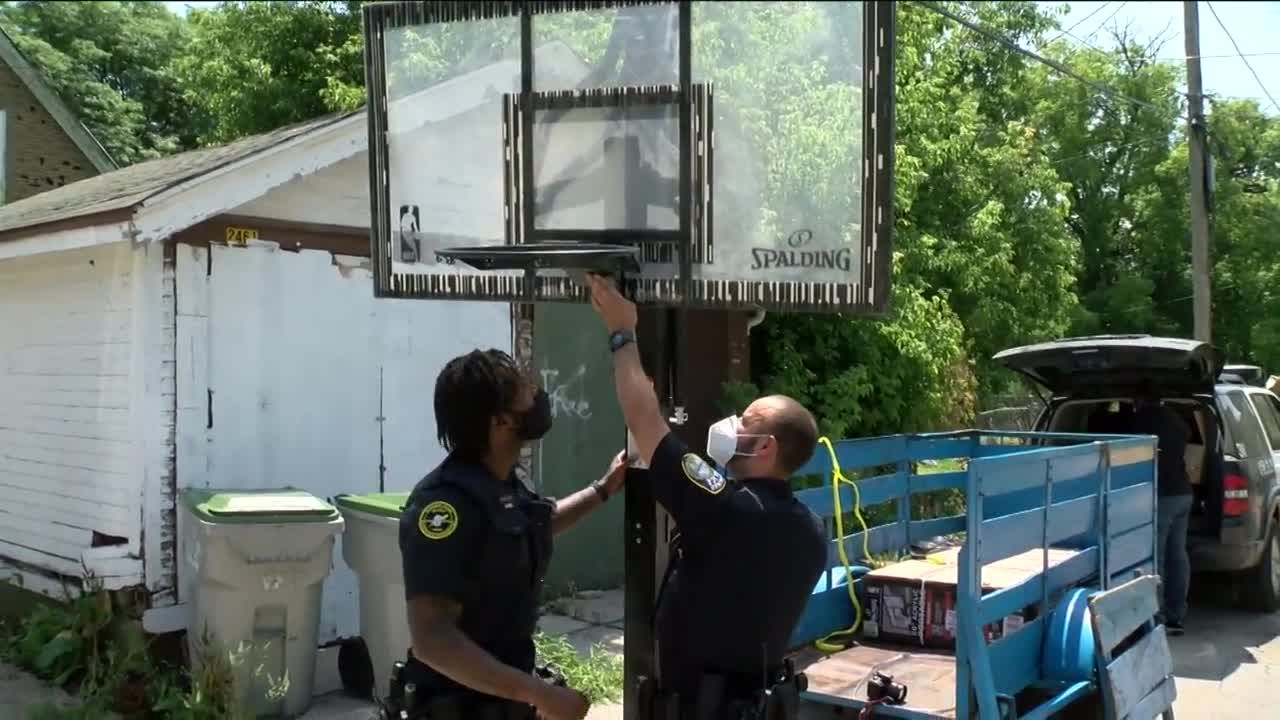 "Were trying to make sure that we paint ourselves in a different light. Show that were human and were just like you," said Officer Frank Williams. 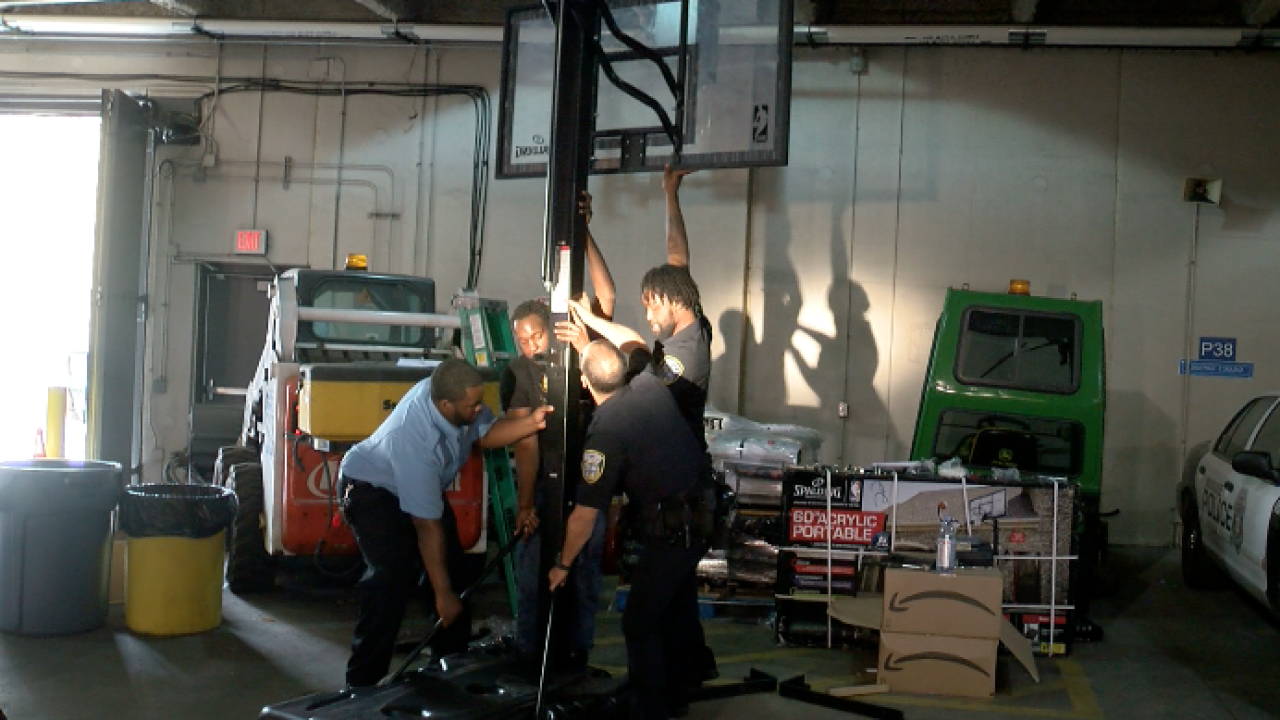 MILWAUKEE — A group of Milwaukee Police Officers pooled money together to buy and donate basketball hoops to kids in the neighborhoods they serve.

It was the second year that Officer Frank Williams and several of his co-workers chose to give back to the community in this way.

In 2019, under the leadership of Williams, officers from MPD District 3 hosted a block party and used the time to build relationships with children and families in the community. This year, because of the coronavirus, there was no block party but the tradition of donating hoops continued.

Williams and his crew assembled the hoops in the garage of the District 3 Police Station. Then, they loaded the hoops onto a trailer and delivered them to homes within the district.

"For me, growing up, I wasn’t always on the right side of things but basketball is what changed my life," said Williams. "Having someone who grows up in the same neighborhood and them seeing you doing something positive with a badge, using that as a medium, I think that's really big."

The goal was to not only give kids the opportunity to play ball and enjoy the summer but to also challenge negative attitudes some kids might have about police.

"We're trying to make sure that we paint ourselves in a different light. Show that we're human and we're just like you. That starts with the kids," said Williams. "If you give someone a basketball court, they’re out here shooting fireworks instead of popping firecrackers at somebody or doing something that they shouldn’t be doing which can actually get them on the wrong path long term."