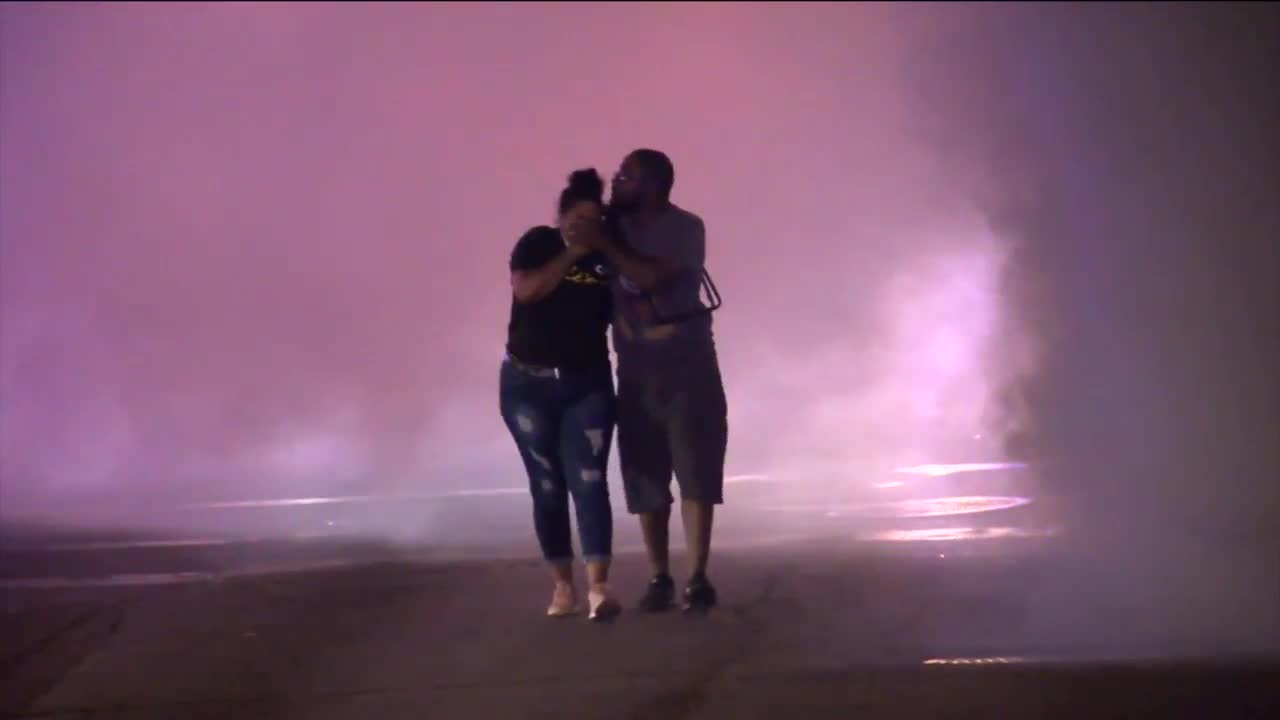 Milwaukee police chief Alfonso Morales responds to the first directive given to him by the Milwaukee Fire and Police Commission. He explains why the police used chemical agents during six different instances.

MILWAUKEE — Milwaukee Police Chief Alfonso Morales answers the first directive laid out to him by the Fire and Police Commission. The commissioners ordered the chief to submit a public accounting as to why tear gas and pepper spray were used on protesters or face punishment. Tuesday, the chief released a 20-minute video on the Milwaukee Police Department’s YouTube page.

“Over the course of several months there have been at least 100 protests that have occurred within the City of Milwaukee. There have been six instances have had to use a chemical agent such as oleoresin capsicum spray to disperse an unruly crowd,” said Morales.

Assistant Chief Michael Brunson then took over the presentation and went on to answer about all six of the incidents where tear gas, pepper spray, or other chemical irritants was used. Brunson said 4 incidents involved disturbances outside police districts.

“There were bricks, bottles and fireworks throw at officers. There were shots fired across the street,” said Brunson.

However, the protest that continues to come under question, an incident at 6th and McKinley on June 2nd. The Milwaukee Common Council previously questioned the police as to why tear gas was used on the crowd.

“We had citizens that were striking squad cars, throwing rocks bottles and asphalt. One subject was seen urinating in an empty water bottle,” said Brunson.

After each incident was explained, the police gave similar answers as to why chemicals were used in these protests.

“Oleoresin capsicum CS gas was deployed in order to cause citizens to disperse. In order to bring a level of safety to the area,” said Brunson.

Now that Morales has answered it will be up to the Fire and Police Commissioners to decide if this fulfills their directive. He still has 10 other directives to fulfill as well.