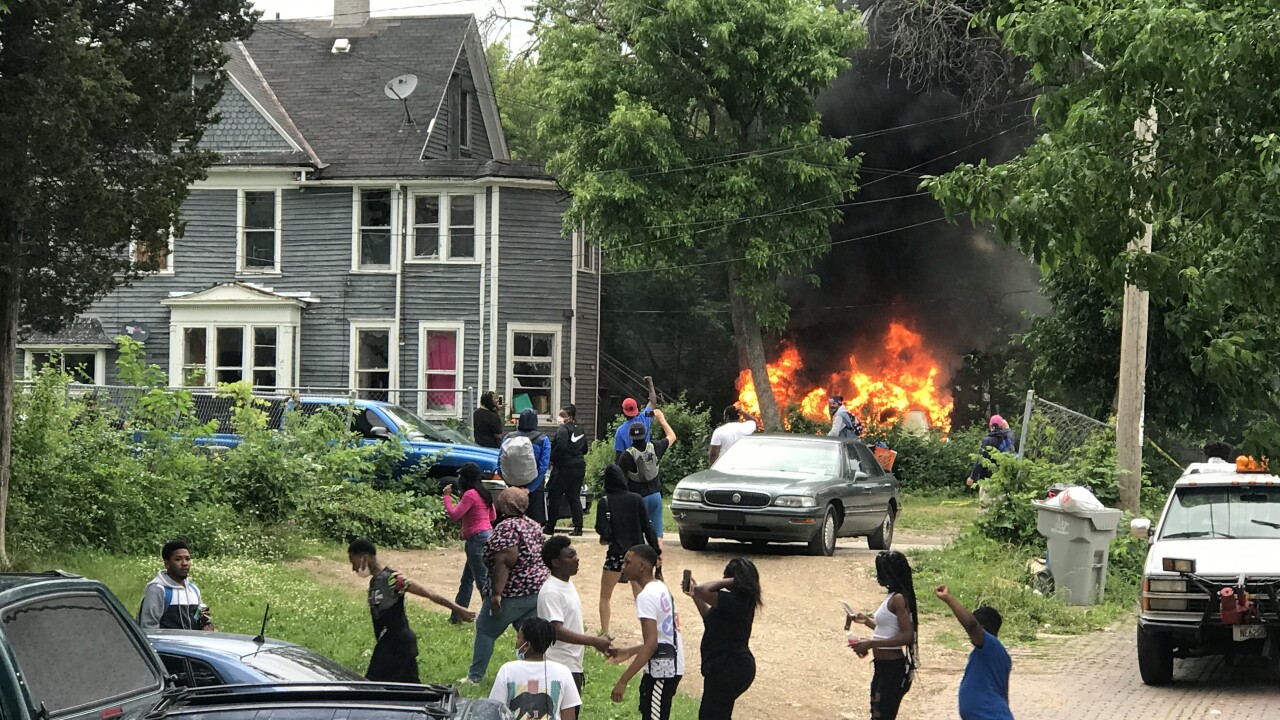 MILWAUKEE — Milwaukee Police have arrested a "community activist" on federal charges for his alleged involvement in "criminal activity" that took place at 40th and Lloyd on June 23, officials said.

On June 23, a large crowd gathered outside of a home searching for 13-year-old Gilbreana Perkins and her 15-year-old sister Tydrianna on Tuesday afternoon, according to witnesses. The two were reported missing to Milwaukee Police in the last several days.
Witnesses said that a relative decided to search for the girls in the area after becoming upset with the response of investigators.

The Milwaukee Police Department said that a 14-year-old boy and 14-year-old girl were shot near the 4100 block of W. Lloyd Street about 5:24 p.m. The two sustained non-life-threatening injuries, according to police.

As unsettled members of the community faced off with law enforcement, the home was eventually set on fire becoming fully engulfed in flames.

Multiple people have been arrested so far in connection with the fire and shootings. Their identities have not been released.