MILWAUKEE -- Two people were shot and killed Monday night near a popular park on Milwaukee's east side.

It happened around 11 p.m. at  "Swing Park" -- which is located near the intersection of Water Street and Brady Street. 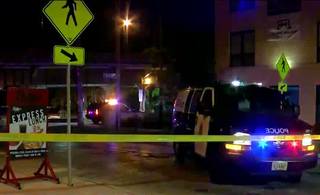 According to Milwaukee Police, a confrontation took place between two groups of people and quickly escalated into gunfire.

Police say further circumstances regarding the shooting remain under investigation.