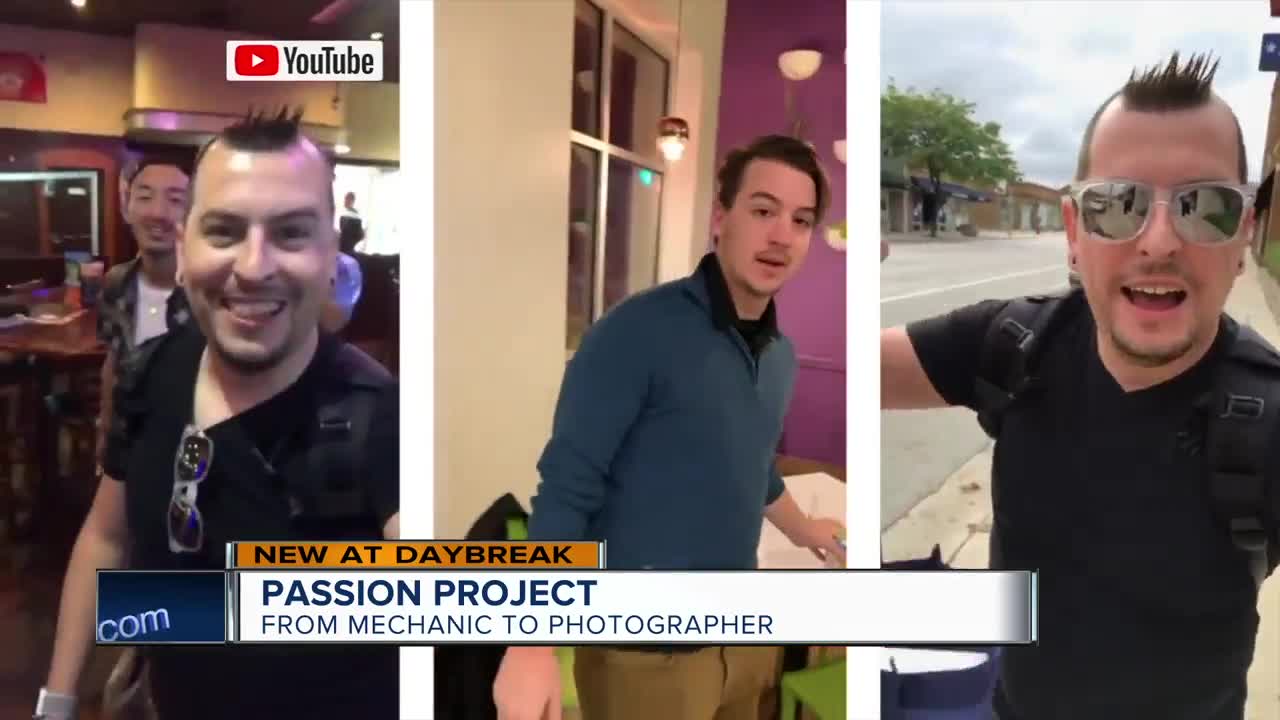 This is part of a series on people dropping everything to follow their ‘Passion Project’. See more stories of Wisconsinites following their dreams here and here.

This week in our 'Passion Project' series, we are showcasing Wisconsinites who gave up everything to follow their dreams. One man shares a snapshot of how he gave up a 20-year career to pursue photography.

It does not take long to figure out Martin Moore loves being in front of the camera.

The online personality was ready to open up for the first time about the struggles we went through to land his dream job as a photographer.

"It's still hard for me to talk about," said Moore, "I felt like I was two different people.

Before starting his YouTube channel, Martin Moore was a car mechanic. At first it seemed great, "I was in my career making money I had no college debt so it was really good."

Then he says, things took a turn, "Work started paying less and less and less. I hated it. I loathed going to work."

Buying a camera to capture his trip to Las Vegas inspired him.

"I was like well no ones vlogging in Milwaukee..." said Moore.

When he was not fixing cars, he was on his camera. He became so good, a tech company offered him a full-time job doing what he loves. He's never looked back.

"You're not going to let yourself fail," Moore said.

"It's not surprising to see more people taking chances and really those choices are part of the transformation of the world we live," said Melanie Maddux, regional VP at Manpower.

On Thursday, we'll share the story of a successful businesswoman who decided to pursue her passion by leaving all her possessions behind. Her story airs at 6:50 on Live at Daybreak.

Click here to learn about another Milwaukee man who left a lavish career as a corporate lawyer to pursue his Passion Project.