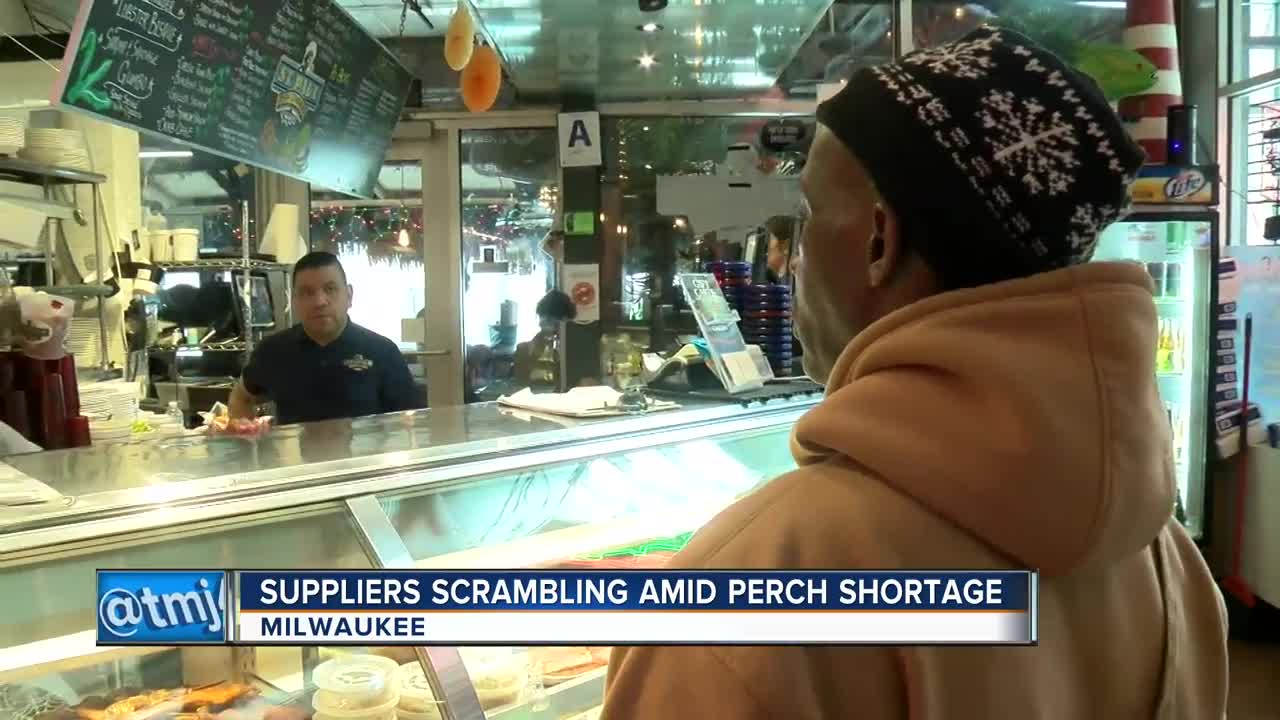 Lake Perch have become hard to find, according to fishermen.

MILWAUKEE — Friday fish fries are a way of life here in Wisconsin, but you may soon notice something different. There is a sudden shortage of perch.

One of Wisconsin's favorite fish is in short supply.

At St. Paul Fish Company in Milwaukee's Third Ward, fish options are plenty. But, one of their most popular freshwater fish, fresh water perch, is a little harder to get.

The perch pile has dwindled and not because of its popularity. Commercial catches of the popular "Friday Fried Fish" are shrinking.

"It's happened a couple of years ago and its happening here. Where the water temperature is a little high," says Toske.

Water temperature is just one of a number of factors causing a shortage felt by several fish retailers.

"We actually just transitioned out of our perch special into a walleye special because of the yielding," says Toske.

Since perch numbers are down, fisherman are looking to walleye to save them.

"A lot of the fishermen believe we have a huge walleye population and they're eating them [the perch]," says John Hyatt, a Canadian fisherman.

Hyatt has caught fish for retailers for over 30 years, out of Lake Erie. He says survival rates for young perch are low due to warmer temperatures and the amount of Walleye. He also says the perch just aren't growing big enough.

"The perch are reproducing and spawning in great numbers. They're just not getting to catchable size," says Hyatt.

Ironically, it's the walleye that have taken over the Friday Fish Special spot at St. Paul Fish Company.