City may not be able to afford Milwaukee Health Department budget 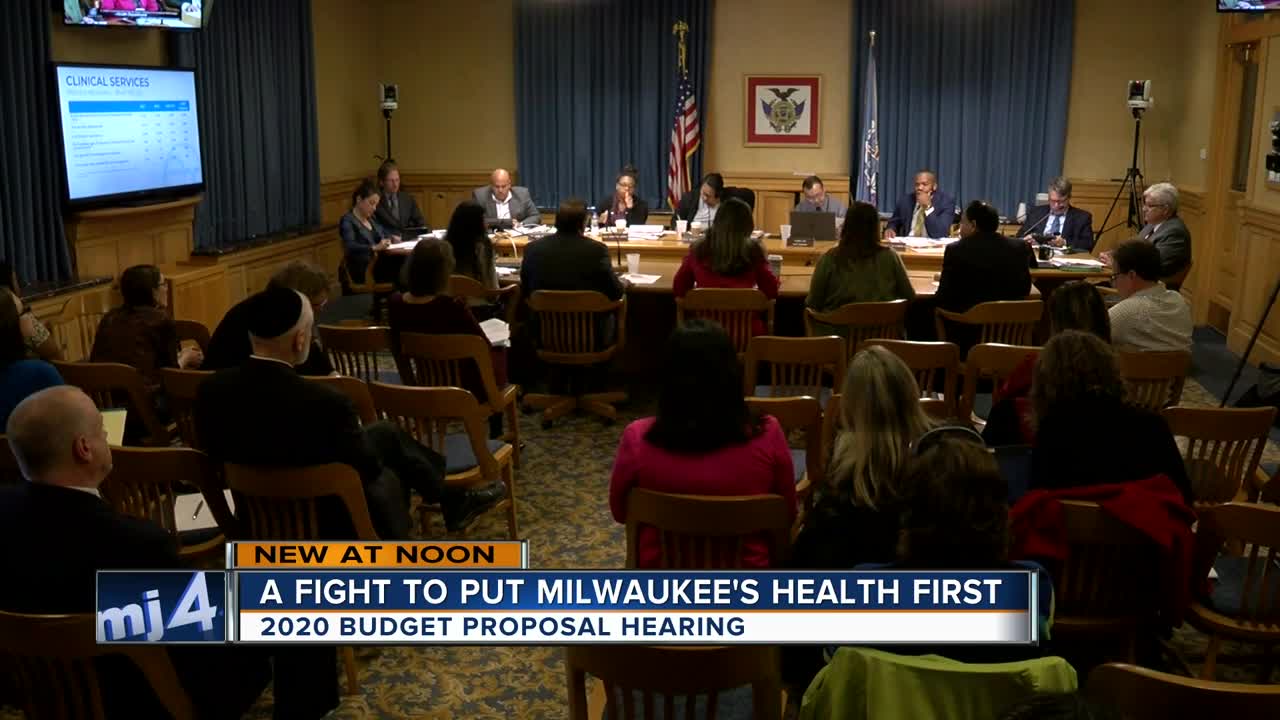 The City of Milwaukee Health Department presented its priorities for the 2020 budget along with a proposed dollar amount. The department is asking for millions of dollars to reach its goals.

The problem is the city may not be able to afford it.

The city's budget problems aren’t new, but they’re getting worse with rising pension costs for police and firefighters to blame for the current financial situation. Now the city’s health department could be at risk.

The City of Milwaukee Health Department’s budget priorities for next year include maximizing new and existing funds to prevent childhood poisoning, increasing domestic violence initiatives, enhancing emergency responses in preparation for the DNC and expanding family planning services. The department suggests the goals can't be accomplished if it doesn't get the money it's asking for.

"The 2020 (proposed) budget is $14.4 million. Some areas I’d like to highlight is the increase in salary about $110,000, and this is a net of several moving parts,” a Health Department representative said.

Mayor Tom Barrett is backing a 1% increase in the county sales tax to avoid cuts. He said the money could help fix the city's lead lateral and lead paint problems.