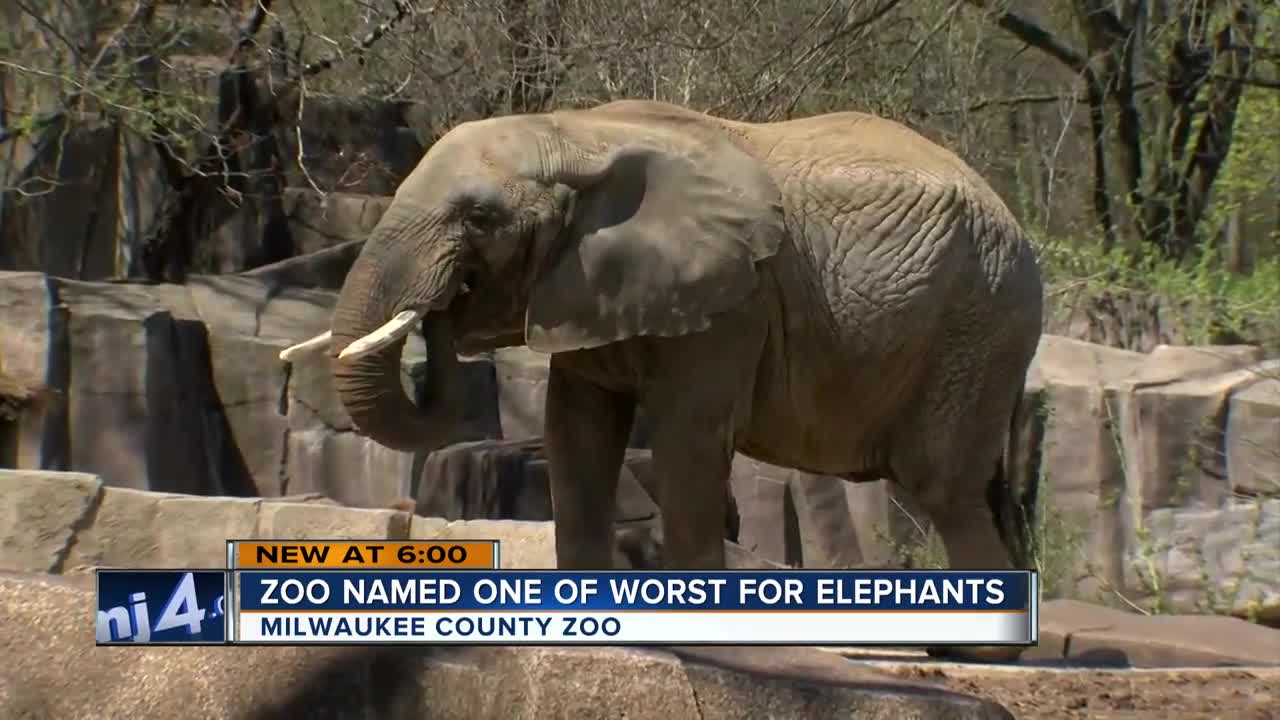 Milwaukee County Zoo is under fire after an animals rights organization has called for the zoo to "shut down" its elephant exhibit. The Milwaukee County Zoo has landed on an unwanted list claiming to name the "10 Worst Zoos for Elephants."

An animal rights organization called "In Defense of Animals" published the list Tuesday. They named Milwaukee County Zoo for their expansion "Adventure Africa" which includes an elephant exhibit slated to open in May.

"The list is spotlighting these conditions and the resulting diseases...premature deaths and shortened life spans that elephants can experience in captivity," said Laura Bridgeman, acting director of the Elephant Campaign with IDA.

In its 15th year, the "10 Worst Zoos for Elephants in North America" includes the following:

"The Milwaukee Zoo has been investing in elephant exhibits at a time where other facilities have been shutting theirs down. We question why they are spending so much money into exhibits," said Bridgeman.

"The African elephant continues to be the most popular animal at the Milwaukee County Zoo, as evidenced by the tremendous community support shown for its future state-of-the-art Elephant Exhibit (opening May 2019), part of the Zoo’s larger “Adventure Africa” exhibit. Adventure Africa is the largest physical change to the Zoo, transforming 25 percent of the current footprint, since officially opening at its present location in 1961. "The Zoo has been a longtime supporter of elephant conservation in the wild, and will continue to serve in that role through Adventure Africa. The exhibit will give visitors an up-close and educational experience with elephants, and in turn, help make possible the field conservation, research and habitat restoration necessary to protect wild populations.

"Milwaukee County Zoo staff is looked upon as experts in the field of animal conservation and well-being, and continues to adhere to the strict guidelines of animal care and welfare as set forth by the American Association of Zoos and Aquariums (AZA), of which the Zoo has been an accredited member since 1976. "Just this past year, the Zoo underwent the accreditation process, meeting all of the standards for animal care and welfare. The AZA’s independent Accreditation Commission was particularly impressed with the Zoo’s new Elephant Care Center, as it meets all of the rigorous and detailed standards for the care and management of elephants. Less than 10 percent of animal exhibitors registered with the USDA achieve AZA-accreditation status."

The In Defense of Animals' release also claims the zoo plans to add three to five elephants to the exhibit, without explaining where the zoo will get them.