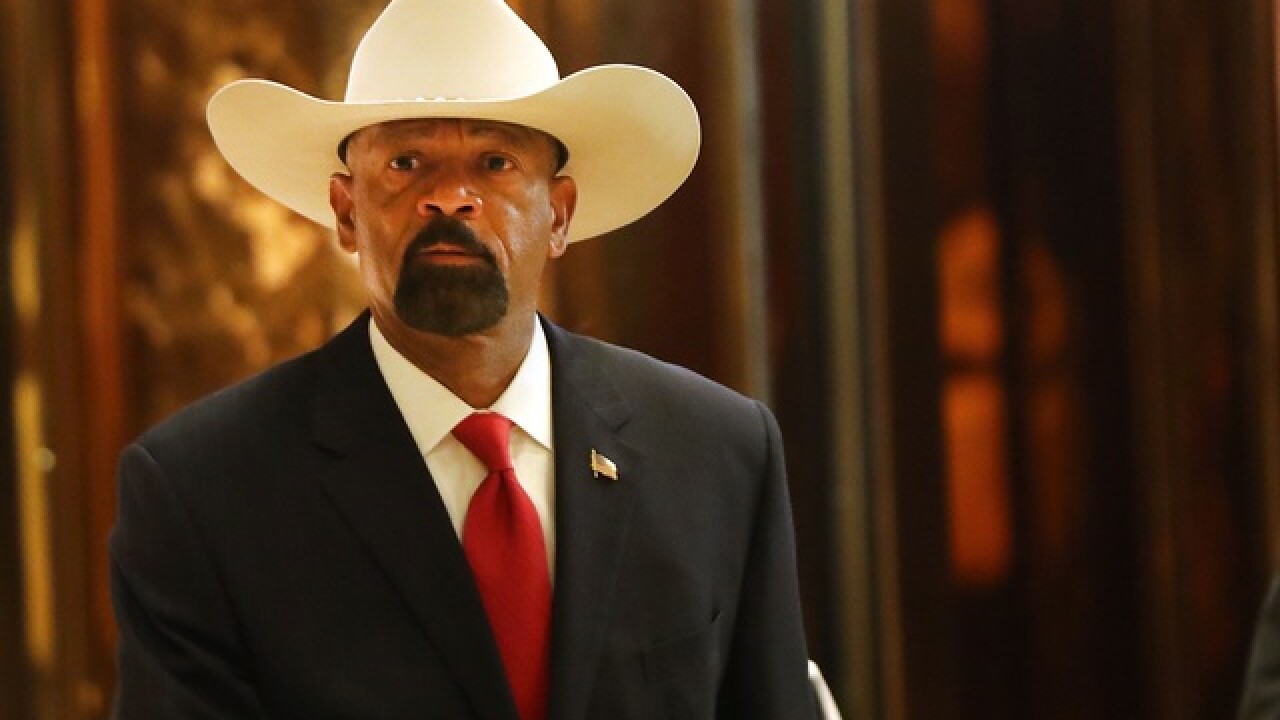 Milwaukee County Clerk George L. Christenson confirmed the news Thursday afternoon. His letter of resignation was received at 3:16 p.m. You can read his resignation letter here.

There's no word yet on why the sheriff chose today to tender his resignation or what his next moves may be.

In a brief resignation letter, Clarke announced his resignation would be official as of 11:59 p.m.

"Pursuant to Wis. § Stat 17.01, this communication is submitted as the notice of my resignation as Sheriff of Milwaukee County commencing August 31, 2017 at 11:59 p.m." the letter read.

In June, the sheriff withdrew his name from consideration for an Assistant Secretary Position at the Department of Homeland Security after speculation he would fill that role.

The sheriff could not immediately be reached for comment.

Clarke rose to prominence as a national media figure during his tenure as sheriff of Milwaukee County, increasingly appearing on cable news outlets like FOX News to talk about police issues.

His tenure was not without controversy.  In a span of six months in 2016, three people in custody died at the Milwaukee County Jail — as well as a newborn baby.