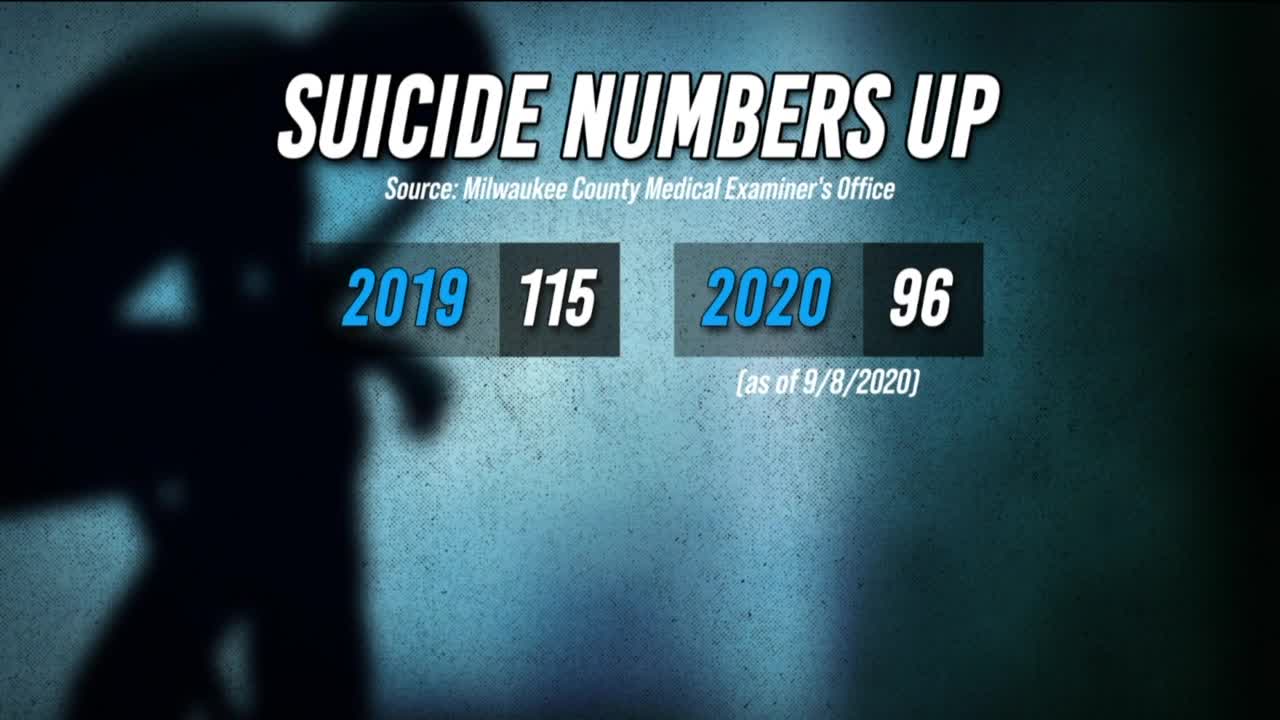 As Suicide Prevention Week continues, there are sobering new numbers in Milwaukee County that show a drastic rise in the suicide rate.

As Suicide Prevention Week continues, there are sobering new numbers in Milwaukee County that show a drastic rise in the suicide rate.

The Milwaukee County Medical Examiner says there were three suicides in July, and the number increased to 23 in August. The current trend puts the county on track to surpass last year and quite possibly an all time record, says the Medical Examiner.

“This goes to show that mental heath is a major concern in our county, as with many counties which has been exacerbated by the COVID 19 pandemic” said Weston.

Mental health advocate Terry McGuire hosts the “Giving Voice to Depression” podcast. After years of suffering from depression, she sought help from medical professionals and now hopes to help others.