Boy found walking with only sweatshirt on

A Milwaukee County Transit bus driver is being hailed as a hero for helping a young boy lost in the cold a few weeks ago.

Driver Brandon Weathers was driving his route near 27th and Greenfield during subzero temperatures on Dec. 30 when he noticed a boy wearing only a sweatshirt.

Weathers pulled over and brought the boy inside the bus.

"I need you to help me. I need to call my mama," the 10-year-old boy could be heard saying on the video. 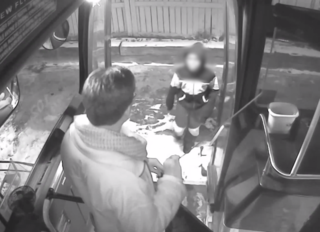 Weathers called for help as a passenger comforted the boy

MCTS security took over and moved him in their vehicle in order to stay warm until the police arrived.

It turns out the boy was more than 5 miles away from home, and he was eventually released to his parent's custody.

MCTS spokesman Brendan Conway said the driver has only been operating a bus for two months, but was trained to be aware of whatever is happening around him.

"As these videos have gotten more attention, more of our drivers have become aware of how to react, so that's certainly helped," Conway said.

Conway said the driver will likely receive a commendation from MCTS.