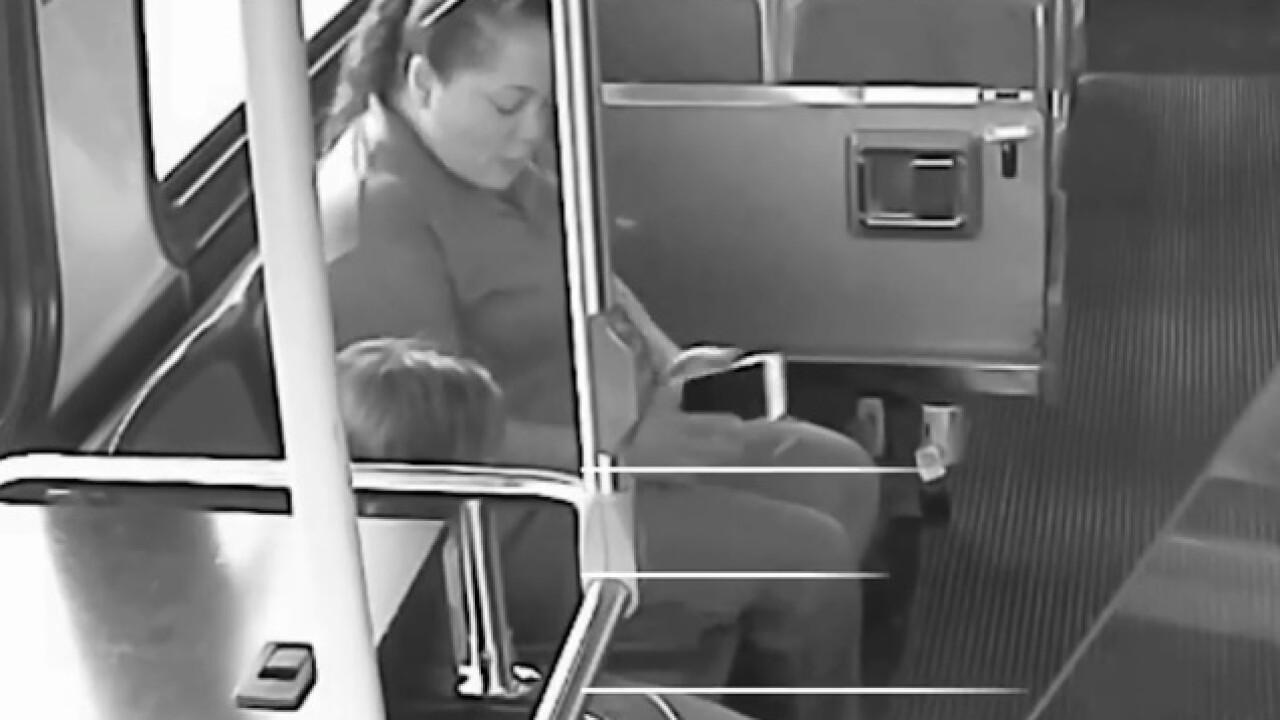 MILWAUKEE (AP) — A bus driver took action when she saw a little girl standing in the street in a T-shirt and underwear.

Diana Serrano was beginning her route for the Milwaukee County Transit System on Aug. 4 when a motorist in front of the bus stopped to help the girl and carried her to the side of the road.

Security video shows Serrano then brought the 2-year-old girl onto the bus and showed her cellphone photos of puppies while waiting for police. The girl’s mother arrived and explained that the child had left their home while everyone was asleep.

The transit system says this was the eighth lost or missing child found by its drivers in less than two years.