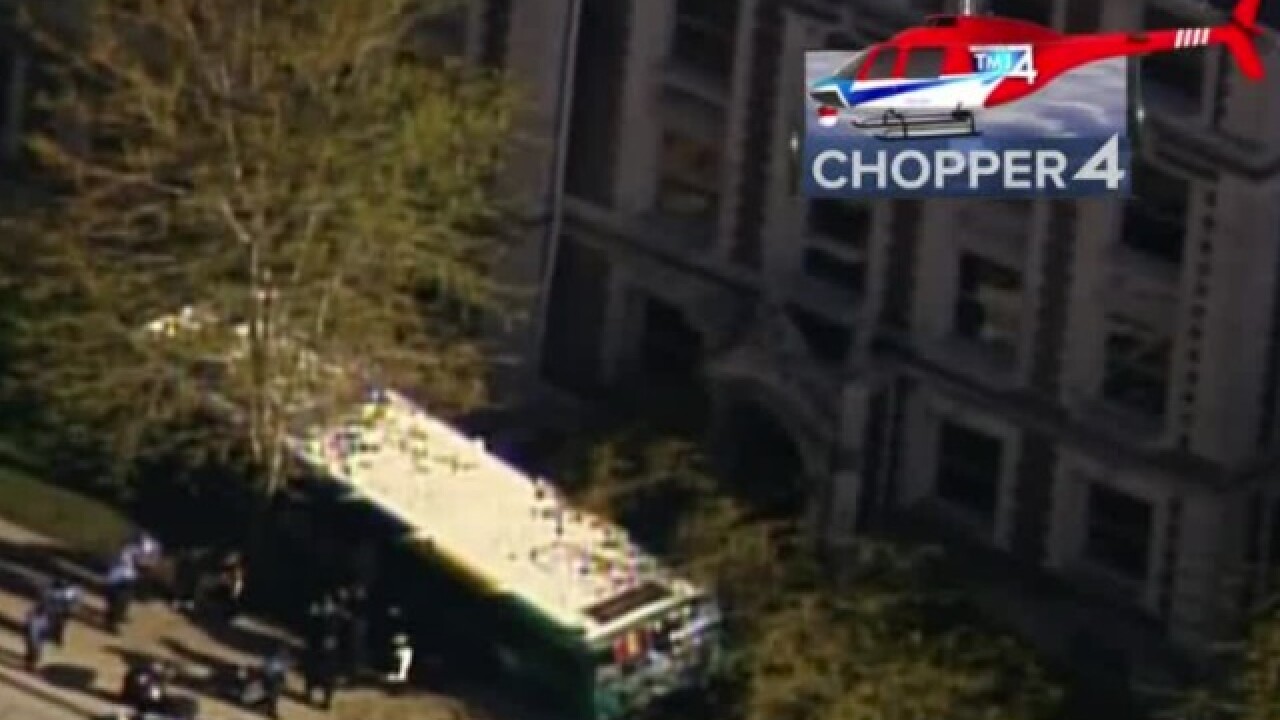 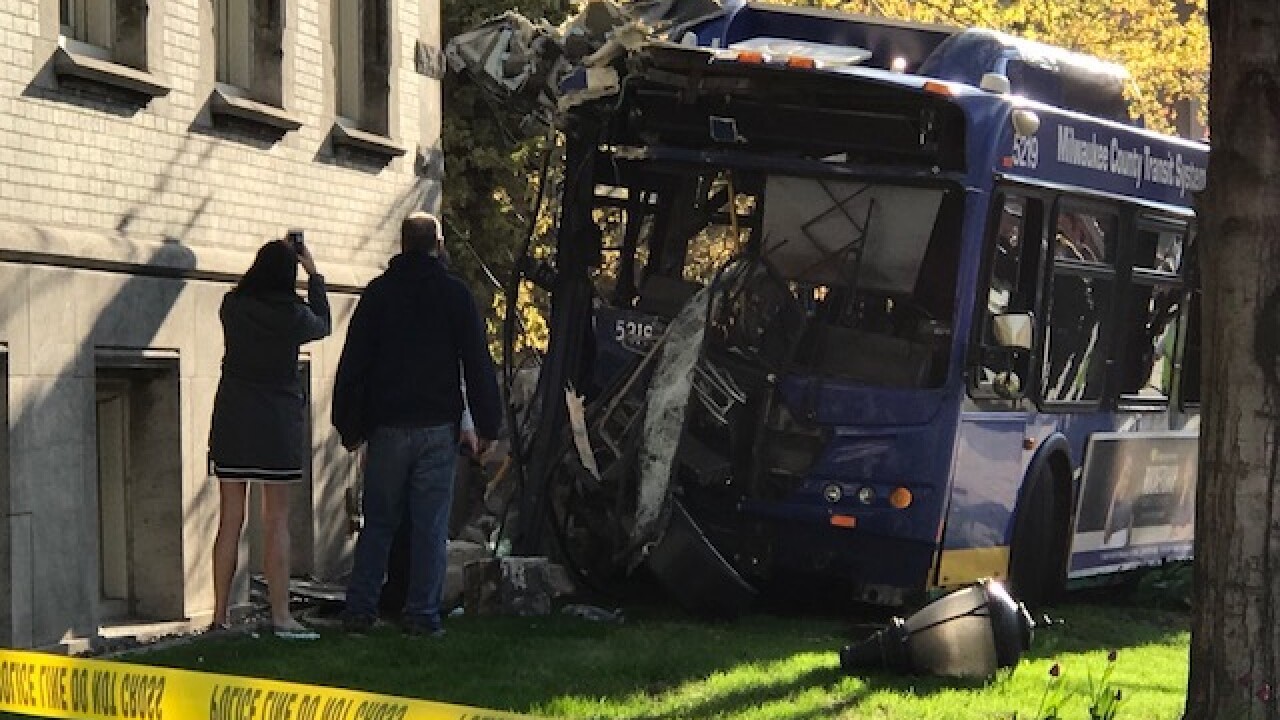 A Milwaukee County bus crashed near the corner of 12th and Wisconsin.

The bus crashed near Johnston Hall on Marquette's campus.

The Milwaukee Fire Department says at around 5:15 p.m. a Route 12 bus lost control while turning left from 12th Street to Wisconsin Avenue.

The bus ended up on the sidewalk near Gesu Church.

MU police also said the bus hit Johnston Hall and caused damage to the front of the building. The building was evacuated as a precautionary measure.

Wisconsin Avenue is still closed between 11th and 12th Streets.