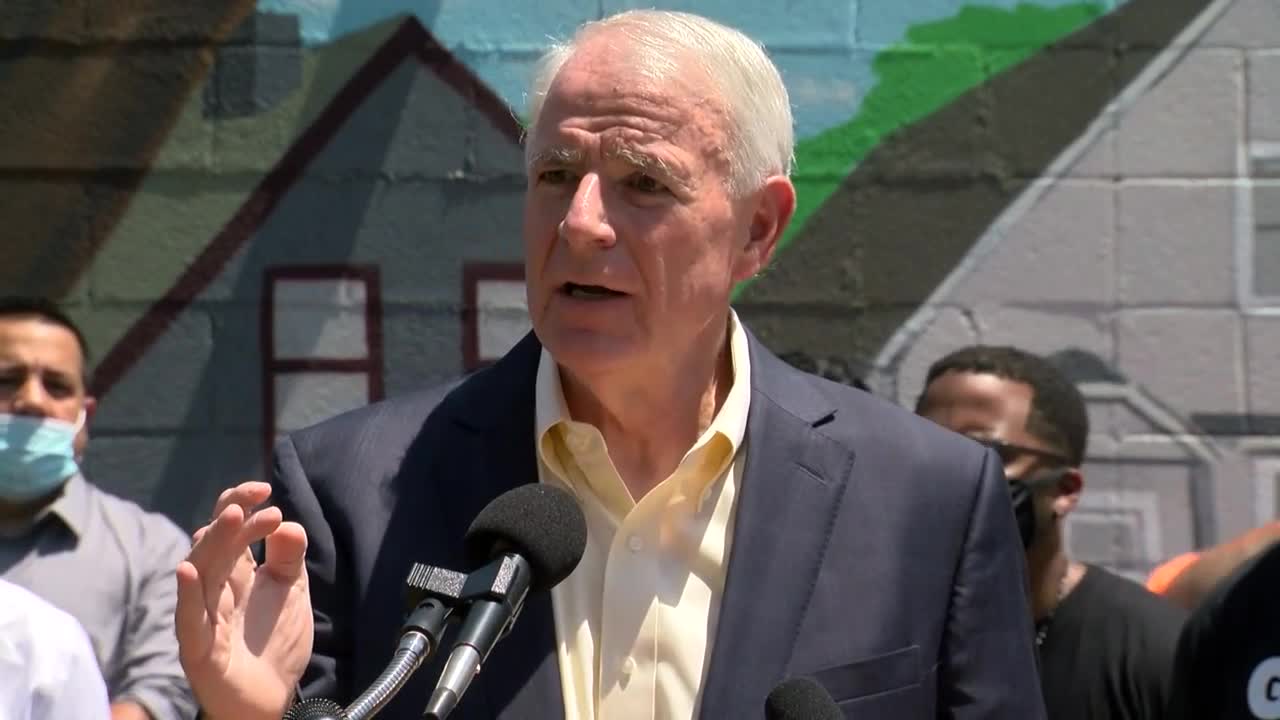 MILWAUKEE — Milwaukee Mayor Tom Barrett noted a dramatic increase in violent crimes in the city in comparison to last year.

During a press conference, Friday, Barrett and other community leaders addressed racial equity, violence in the community and justice.

As of Friday, there were 86 homicides reported in the city, Barrett said. It's a stark contrast to the 43 homicides during the same time period last year, marking a 100% increase.

Almost 300 non-fatal shootings have been reported this year so far, marking an almost 50% increase compared to last year.

"With all of the tensions, with all of the challenges, we face as a community, whether it's from the pandemic, the economic strife, the racial strife, we as a community have to come together to reduce the violence in this city," Barrett said. "There's a lot of energy in this city right now...We can work for social change...but we still have to make this a city where kids can play in their front yards."

Common Council President Cavalier Johnson also urged the public to come together to create a safe community beyond the holiday weekend.