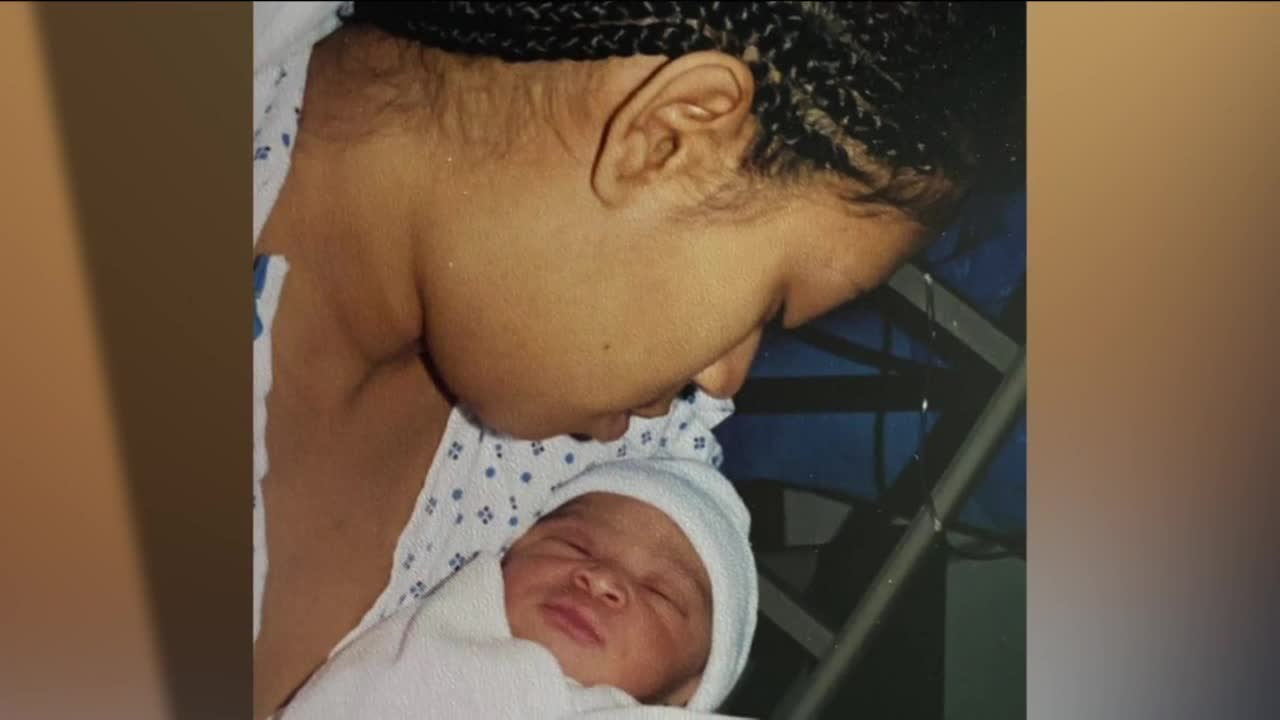 The teen pregnancy rate in Milwaukee is among the highest in the country. "It was scary,” Trina Clayton said. “Definitely. I knew I wanted to go out of town to go to college. I had dreams of doing communications and journalism, all of these things I wanted to do and I envisioned for myself. I wanted to travel. I had these goals and visions and dreams. It threw a wrench in the plans.”

Clayton got pregnant her senior year of high school. She refers to herself as “The Pregnant Prom Queen.” Her positive attitude is infectious. Now, 17 years after she gave birth to her first son, she reflects on what would happen if he came to her now to say he had a baby on the way, the same age she was when she was pregnant with him.

“I had that conversation with my son,” Clayton said. “I’m like listen, I don’t want to be a grandmother any time soon.”

"Having a baby as a teenager, it’s going to be a thousand times harder,” Clayton said.

Clayton was determined. She finished high school on time and graduated from college. She’s written a book about her experiences. It’s called Fly Girl with Fibro, it’s a tale of her experiences with fibromyalgia throughout her life, touching on her experience as a teen mother. She’s a success, but that doesn’t mean it was easy.

"I was working third shift, sometimes going into first shift,” Clayton said. “And then I'd get off and have classes and trying to graduate. But I did it.”

Now, when Clayton talks to students, she shares her experiences. She doesn’t shy away from the fact that giving birth to her son at 18 years old was one of the greatest things to happen in her life. However, she’s clear and honest about what this means.

“It’s not the ideal situation for anyone that’s a teenager,” Clayton said. “I always say, I was a baby having a baby. I knew nothing about life. I knew nothing about finances, childcare. I was a senior in high school. I was trying to complete my senior year and graduate. I did it. Even though I was eight months pregnant.”

There are a number of resources in our area working to help lower the teen pregnancy rate. The United Way of Greater Milwaukee and Waukesha have a program called, “Baby Can Wait.” They say since 2008, the birth rate for teenagers between 15 and 17 years old has dropped 65 percent.

"We came together, recognizing that this had been an issue for quite a while, we wanted to do something about it,” Julie Divjak, Director of Community Impact said. “To ensure access to young people to teach them evidence-based curricula on pregnancy prevention.”

Divjak said they know there is still work left to be done, especially in communities of color.

“We partnered with the Boys and Girls Clubs of Greater Milwaukee, the targeted six ZIP codes with the highest team birthrates,” Divjak said. “I know what a huge responsibility, that is, and to, you know, to continue going to school to graduate high school to be able to have a job. all of those things.”

There are a number of systemic issues facing African Americans due to decades of inequities building up; homeownership rates, health issues, education gaps, disproportionate poverty rates, household income, to name a few. Adding teen pregnancy to the mix can further this gap facing the community.

“We have a lot of nonprofit partners in the community who are dedicated to this issue with or without funding, who want to make sure that young people have what they need to be successful in their lives,” Divjak said. “Sometimes, that means delaying pregnancy until later.”

It’s something echoed by Clayton. She's so happy to have her three sons in her life; even if it's been a bit louder during the pandemic. But her route isn't what she'd recommend for others.

"Being a mother is awesome, but if you can wait, wait.” Clayton said. “Wait until you're financially stable. You're mentally stable. You’re emotionally stable. Unfortunately, a lot of our girls are in rough situations which plays a part.”

The United Way has plenty of resources for parents to help educate their children about pregnancy. They also provide resources for teens who are pregnant. You can visit their website for more information.