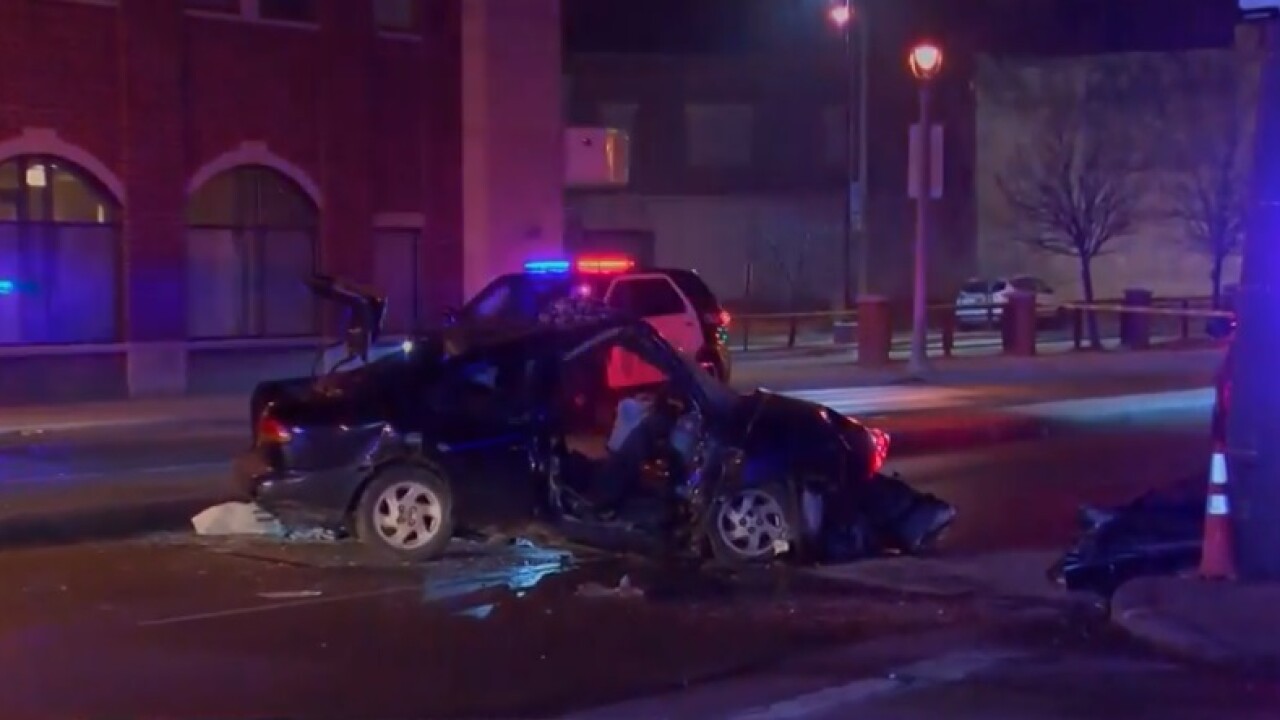 MILWAUKEE — The Milwaukee Fire Department confirms an officer with the Milwaukee Police Department, along with four other people, were hurt as a result of a police chase, which ended in a crash.

Firefighters, as well as officers, were called to W. Fond Du Lac and W. North Ave shortly before 8:00 p.m. Friday. Police say a marked Milwaukee police squad tried to stop a reckless driver near N. 24th Street and W. Chambers St. Police say the driver fled the scene, which led to the pursuit.

The chase ended with a collision at W. Fond Du Lac and W. North Ave. Four people in the suspect's vehicle had non-life threatening injuries. They were taken to Froedtert for medical treatment.

A police officer had a minor injury and was also treated at the hospital.