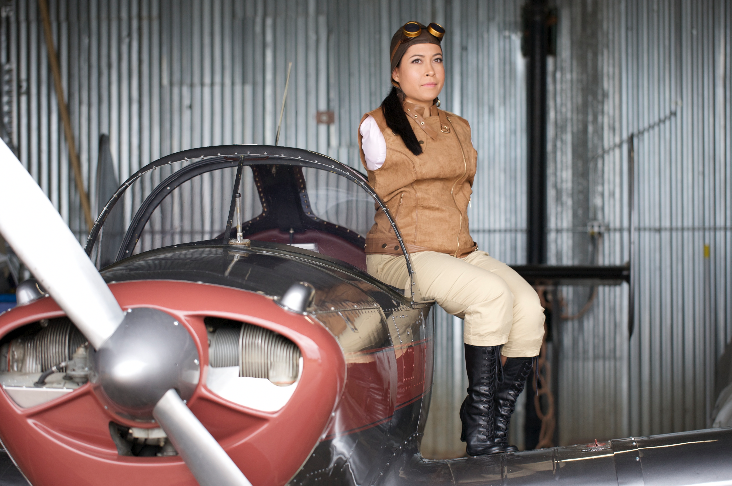 OSHKOSH — Getting a pilot's license is tough work. It takes a lot of hours flying and rigorous tests. Add not being able to use your hands and you've made quite the serious challenge. It's exactly the challenge Jessie Cox was looking for.

She is the world's first certified armless pilot.

"Flying an airplane with your feet is not easy because an airplane is meant to be flown with your hands, for one. And also, I'm always having my feet up, so it's an awkward position to keep your feet on the controls of the airplane and finding the right airplane that would work, and I am actually standing in front of an air coop and the air coop was the answer to the solution."

Cox was born without arms. However, that never stopped her. She swims, gets dressed on her own, and even has a martial arts black belt.

She isn't flying commercial jets. Instead, Cox is considered a sport pilot.

"Sport pilot is somewhat limited in the sense that I cannot do any night flying. I can take one passenger up. And a maximum altitude of 10,000 feet."

Interestingly enough, her journey to becoming a pilot started out of fear. She was actually scared of flying. Then an idea came to her.

"The most difficult thing I encountered was probably not only having doubts from other people that it was possible but also landing the airplane safely." — pilot Jessie Cox

"I thought, well, why not overcome that fear by doing it anyway."

Of course, there were obstacles to getting her license.

"The most difficult thing I encountered was probably not only having doubts from other people that it was possible but also landing the airplane safely. That’s scary. Its complicated, and that was probably the biggest hurdle."

In the end, she persevered. As she tells it, the FAA basically told her that if she can fly safely, whatever she uses to fly doesn't matter.

"So if you can fly an airplane safely and do everything I ask of you with your feet, there is no reason you shouldn’t be a certified pilot."

Now the woman who became the first armless pilot has one simple message.

"Even if you are afraid of doing something, just do it anyways cause you’ll never know what’s on the other side of fear."