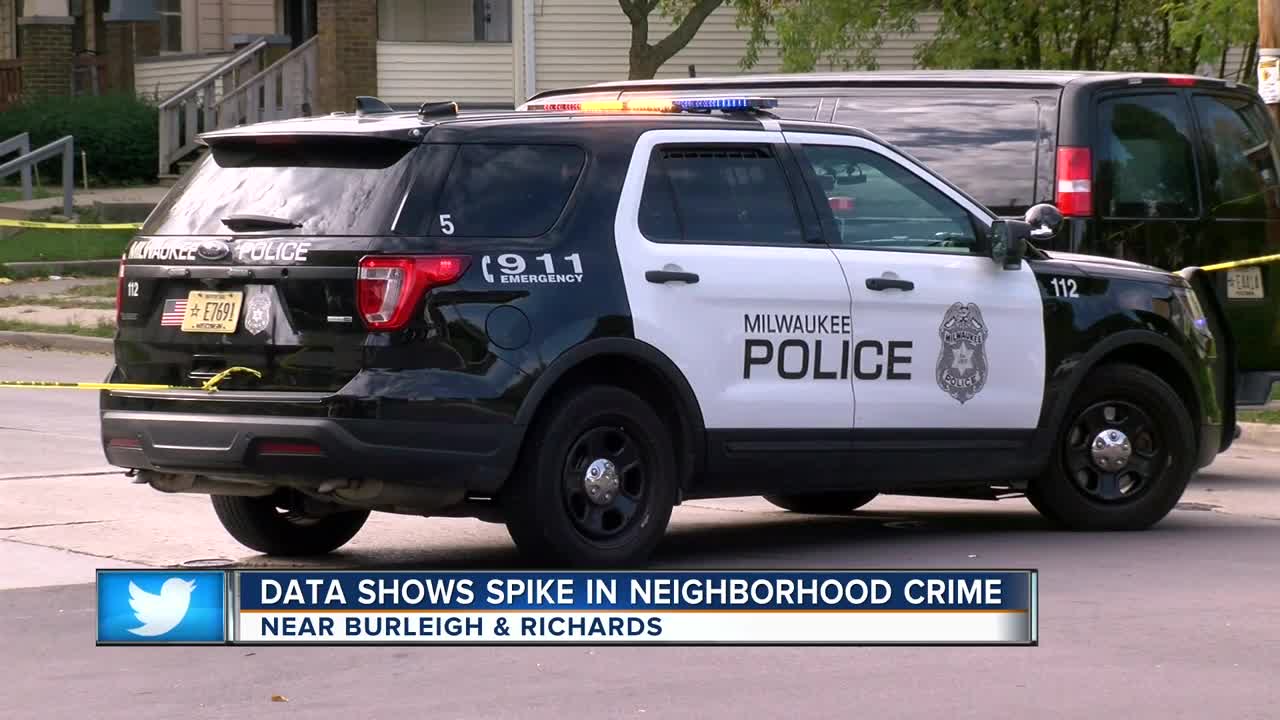 Data shows a spike in neighborhood crime near Burleigh &amp; Richards in Milwaukee.

MILWAUKEE — Investigators with the Milwaukee Police Department are working to determine the circumstances behind a shooting that left a person dead on Saturday.

The Milwaukee County Medical Examiner's office confirms that they were called to the scene near Richards and Burleigh about 6:00 a.m. Saturday to investigate a death.

The incident marked a shocking start to the weekend for local residents who awoke to find police outside of their homes, investigating a death and patrolling the neighborhood.

“I saw that the corner was taped off, I had just poured my coffee. It ruined my day,” said Kevin, a neighbor heading to visit his aunt’s who lives nearby.

After reviewing online crime data provided by police, TODAY'S TMJ4 discovered an increase in reported Illegal activity in the area. The search included information from the area of Burleigh, Martin Luther King, Locust and Holton Streets.

Among those numbers, reported aggravated assault jumped to 24 cases year-to-date, compared with 8 cases in 2018.

The Milwaukee Police Department has not responded to our requests for comment.