Medical Examiner called to Logan and Oklahoma for serious crash 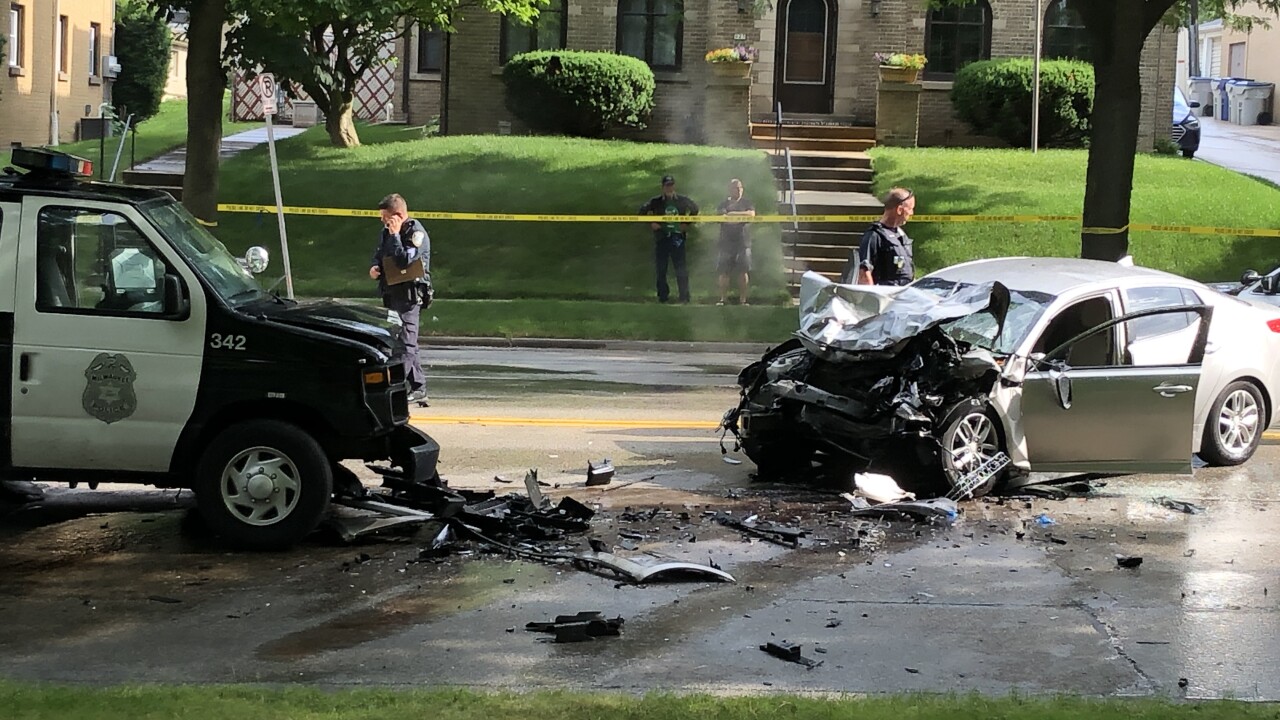 A Milwaukee man died Tuesday after striking a Milwaukee Police vehicle near Logan and Oklahoma about 4:25 p.m.

Authorities said that a marked squad car was traveling westbound on the 900 block of E. Oklahoma Avenue when a vehicle that was traveling eastbound crossed the center line into oncoming traffic, striking the squad car head on.

The 27-year-old man driving had to be extricated from the vehicle. He sustained fatal injuries, according to police.The 25-year-old passenger sustained non-life threatening injuries. She was transported to a local hospital for treatment.

The Milwaukee Police officer driving the squad car was transported to a local hospital with minor injuries.

Two people were transported to Froedtert Hospital with injuries, according to the Milwaukee Fire Department.

This is a developing story. Stay with TMJ4 News for further updates.