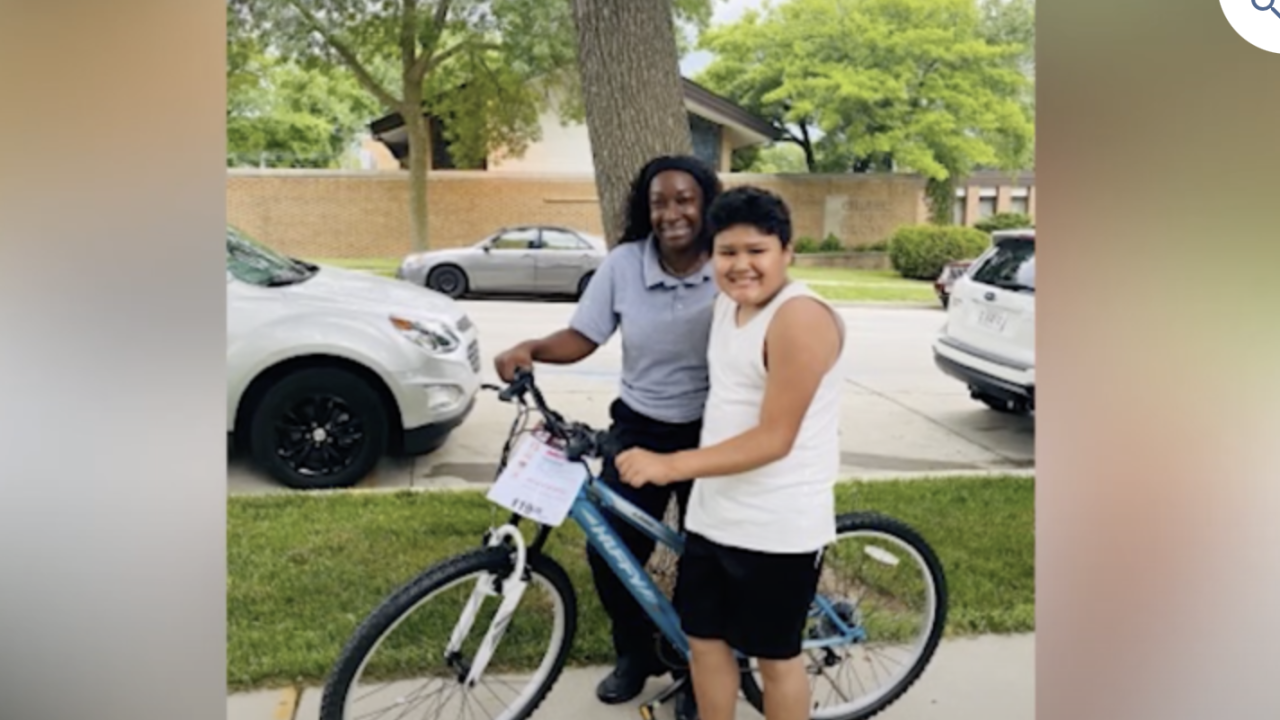 MILWAUKEE — One MCTS driver went above and beyond when she gave a 10-year-old boy a brand new bike.

Shamika Anderson met 10-year-old DJ when she suspected a mechanical issue and pulled her bus over near Howell and Ohio on Monday.

As she was waiting for help, DJ approached Anderson and began to make conversation with her about his life, family, and struggles he has faced. He also mentioned that his bike had broken and he was unable to get it fixed.

After hearing all this, Anderson gave DJ some advice and words of wisdom. DJ returned that favor by showing Anderson how to ride his skateboard.

As their encounter was wrapping up, Anderson had an idea and gave DJ her phone number. She told him to give it to his mom and have her call. Anderson wanted to see if it was ok if she brought some gifts over to their home.

The next day, Anderson went back to DJ's home and surprised him with a brand new bike that she had gone out and purchased for him.

According to MCTS, DJ's mom was so moved by the gesture that she snapped some photos and shared them on social media, saying, "Shamika’s actions blew my mind. We still can't believe it. The world is still full of amazing people!”

From there, MCTS shared the story on their social media, which was then retweeted by Milwaukee County Executive David Crowley.

This is a great story! We have amazing people that work for our Milwaukee County Transit System. Thank you Shamika for your kindness. #PayItForward #FeelGoodFriday #MCTSExcellence #MilwaukeeProud https://t.co/Q9EhiD35Fd