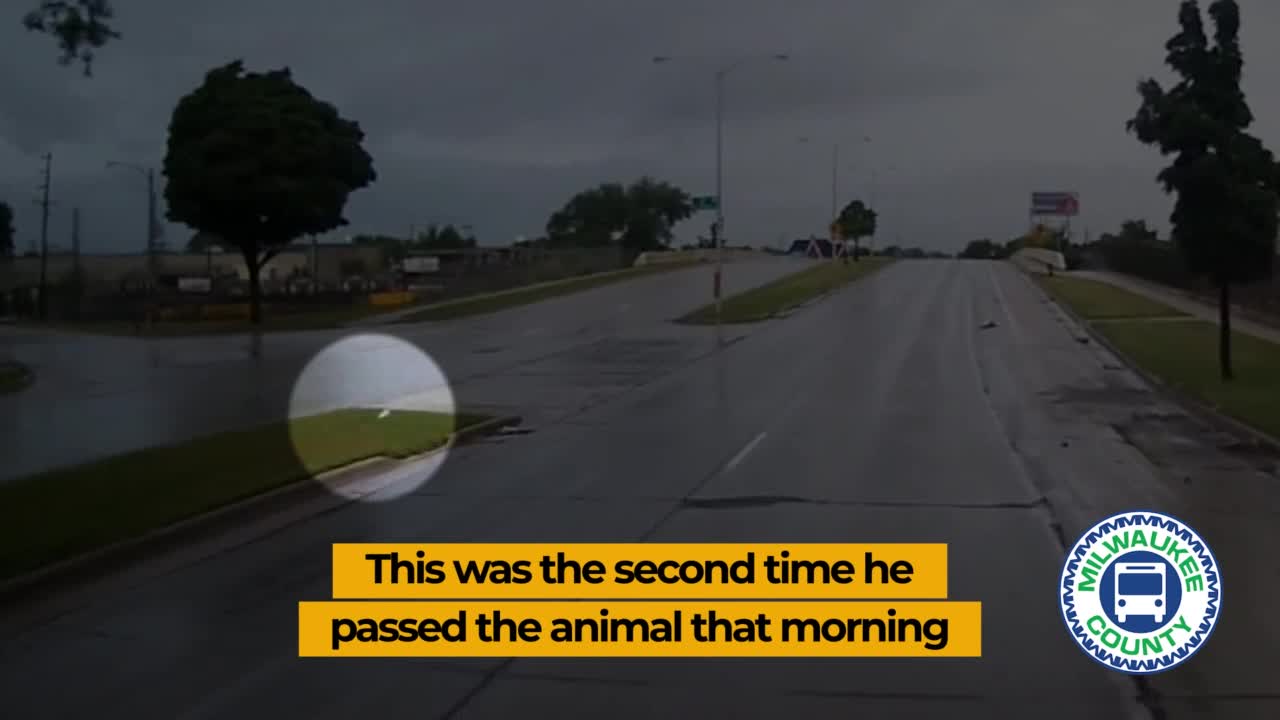 An MCTS bus driver saw a skunk in distress and stepped in.

A Milwaukee County Transit System bus driver is being hailed a hero after he stepped in and helped a skunk in need along one of his routes.

Bob Ervin was driving along Route 14 on July 10 when he spotted a skunk that appeared to have its head stuck inside of a yogurt container, MCTS said. He spotted the animal twice along his route and decided it was time to step in. The skunk was wandering along the median near 32nd and Forest Home.

Ervin went to an area store and bought a grabber tool to use to retrieve the yogurt cup and located the skunk.

He successfully removed the cup and the two went on their separate ways.