"Clearly there is a battle going on" 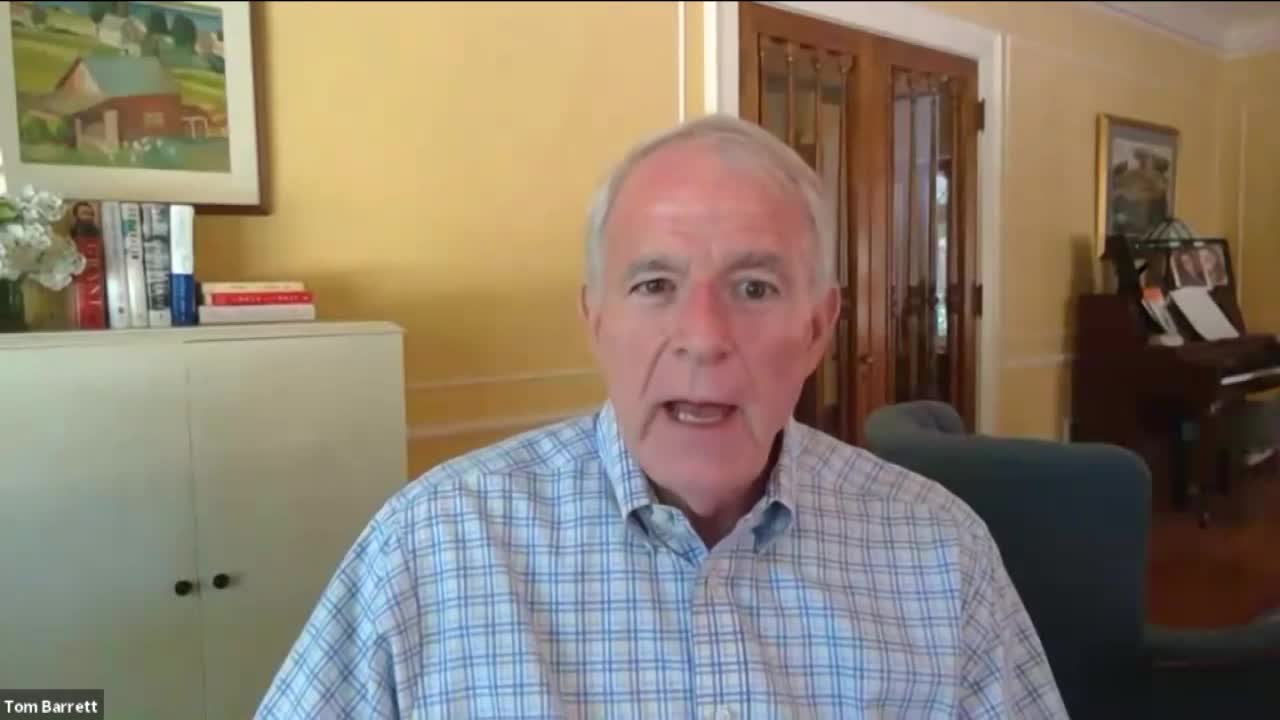 Mayor Tom Barrett told TMJ4 News he's okay with the Fire and Police Commission holding Police Chief Alfonso Morales accountable on a number of fronts but he thinks that should continue after the commission picks new leadership.

MILWAUKEE — Mayor Tom Barrett told TMJ4 News he's okay with the Fire and Police Commission holding Police Chief Alfonso Morales accountable on a number of fronts but he thinks that should continue after the commission picks new leadership.

Charles Benson: Do you have any concern about how he's (the Chief) running the department and whether or not he should continue to run the Department?

Mayor Barrett: I think it's important that we go through this process. I will say this, I have a lot of concern with the decision and I don't know who made it to release a videotape to the press that really jeopardized a woman who had made a sexual assault claim and an individual who has not been charged.

That leaked video involves a police investigation into a sexual assault allegation against a prominent Milwaukee businessman. The Fire and Police Commission Chairman Steve Devougas - an attorney for the man's company was reportedly present during the police interview.

Devougas faces an ethics investigation stemming from that incident and it's one reason the Mayor has called for new leadership at the commission.

"Clearly there is a battle going on between Chairman Devougas and the Police Chief, "said Barrett. "And it revolves around this video. I think what you have to do is take a step back and we've got to get to the bottom, we clearly have to get to the bottom of that."

Thursday, Chairman Devougas wrote an open letter responding to the Mayor's call for new leadership: "On July 9, 2020, I met with the Mayor and I told him that I did not plan to run for Chair, even though I have not done anything wrong and there has been no finding of ethical misconduct against me, but would remain on the Commission."

The leaked video is one of many questions or directives the FPC has asked Chief Morales to explain.

Another big concern for the Mayor, and it's not one of the Fire and Police Commission's directives, is the alarming increase of murders and non-fatal shootings in Milwaukee this year.

Mayor Barrett: The chief and his department, I think, need to put forth a plan as to how we're going to deal with the violence, we have to see. And it can't be, well, we're going to blame city hall because the resources aren't there.

Benson: Has your relationship changed with him? Do you talk to him on a weekly basis about what's happening in the city and how to address crime?

MPD has 1,838 officers or about 17 fewer than last year. There's also talk from the Common Council of a 10% cut next year as part of an effort to defund the police.