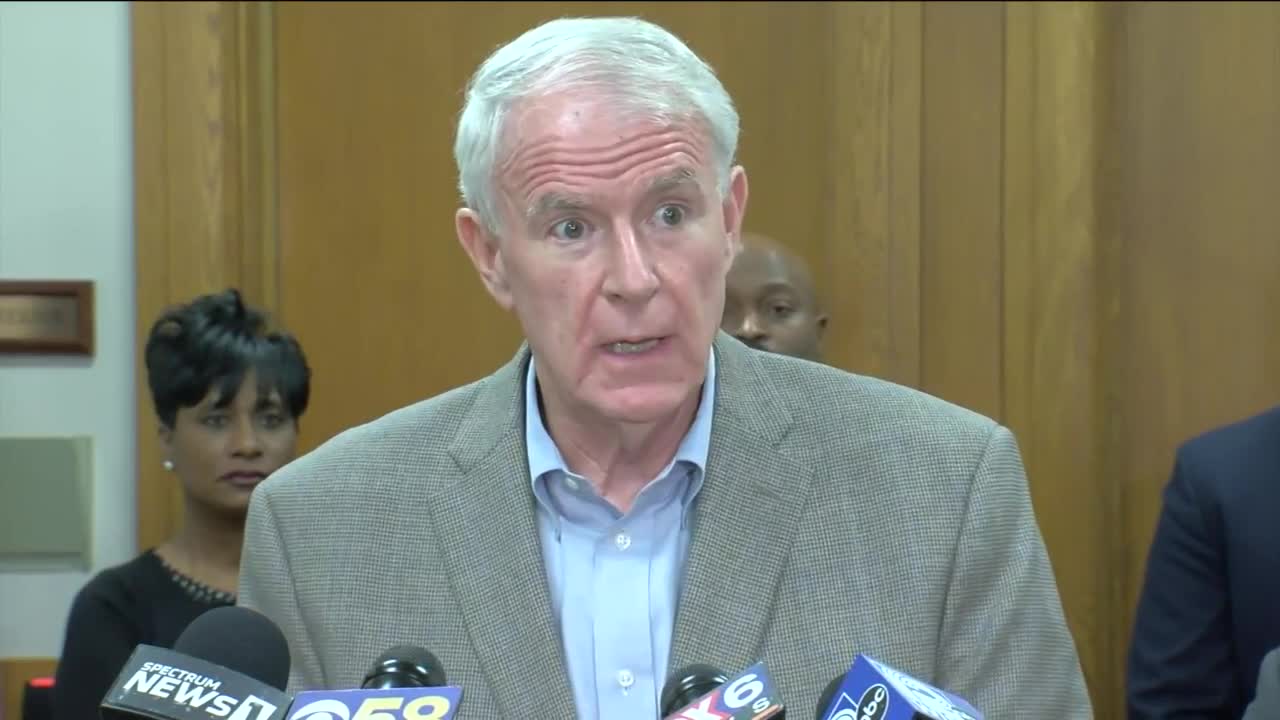 Milwaukee Police Chief Alfonso Morales could be facing discipline or a possible firing Thursday night. Now, Mayor Barrett is breaking is silence and urging the Milwaukee Fire and Police Commission to vote for a change in their own leadership.

MILWAUKEE — Milwaukee Police Chief Alfonso Morales could be facing discipline or a possible firing Thursday night. Now, Mayor Barrett is breaking his silence and urging the Milwaukee Fire and Police Commission to vote for a change in their own leadership.

That measure has the Milwaukee Police union upset.

“They are gunning for his job right now,” said Dale Bormann, president of the Milwaukee Police Association.

This comes the day after Chief Morales submitted the first of his 11 directives ordered by the Fire and Police Commission. On Tuesday, Morales publicly explained why tear gas and pepper spray were used on protesters during the recent Black Lives Matters demonstrations in Milwaukee.

The FPC has yet to respond to say if he met the directive. Bormann, though, does not believe that is why Morales could be fired. The union believes part of it stems from problems between Morales and FPC Chair Steven DeVougas.

“I think now it’s almost kind of personal between the FPC and the Chief,” said Bormann. “We have called out DeVougas multiple times asking him to resign, asking him to step back.”

Devougas’ position as FPC Chair is also up for a vote Thursday. The mayor released a statement saying, “I ask you to elect new leadership.”

DeVougas is accused of violating the city’s ethics code after involving himself in a sexual assault investigation of a powerful real estate developer in Milwaukee. The mayor has been silent both on DeVougas and the directive issued to the police chief until Wednesday night.

He said the commission does not need to be distracted right now and should focus on important issues including complying with the ACLU settlement, investigating off-duty officer Michael Mattioli who was involved in a homicide, and “reviewing the directives issues to Chief Morales.”

TMJ4 News reached out to the Fire and Police Commission Chair Steven DeVougas who creates the agenda. He said the addition of the vote to possibly fire the chief was just so commissioners could discuss their options.