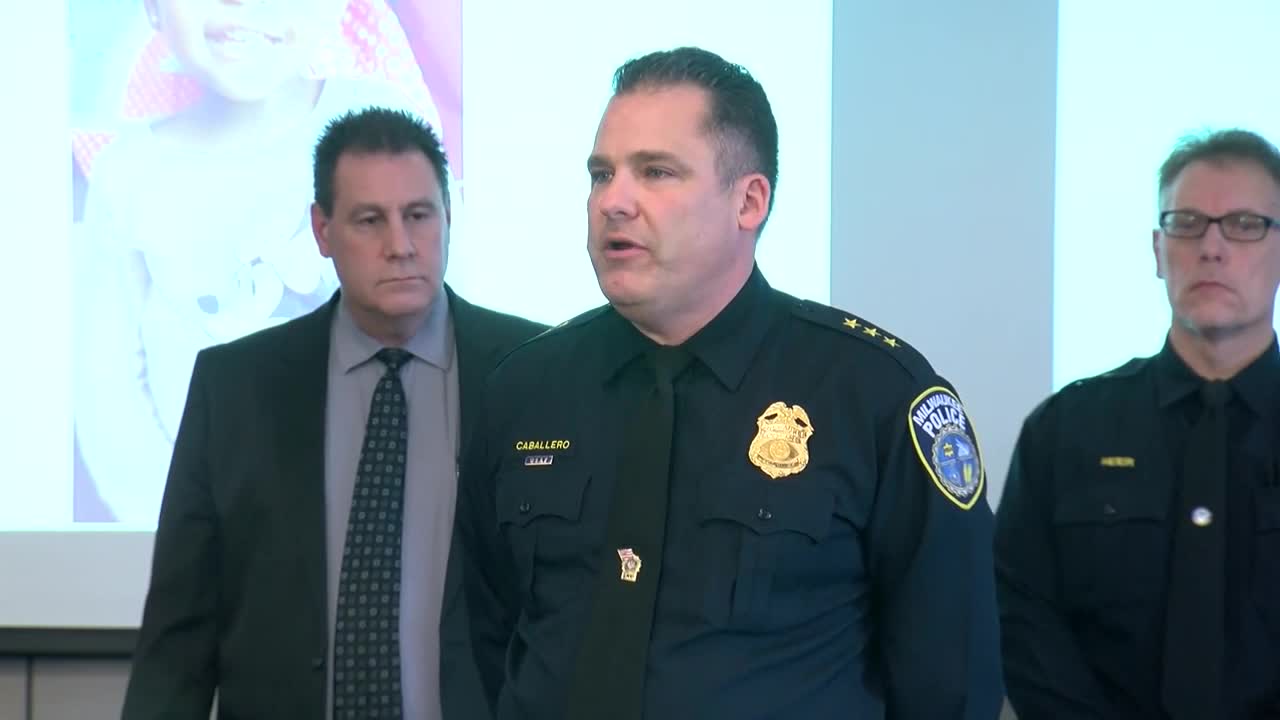 Posted: 12:33 PM, Mar 12, 2019 Updated: 1 hour ago amber alert.PNG A news conference on this case with Milwaukee Police has been scheduled for 5:00 p.m. Tuesday. Watch live below: The Milwaukee Police Department has confirmed that an Amber Alert issued Monday for a missing Milwaukee toddler is connected to a deadly shooting near 91st and Mill Road.

Dariaz Higgins, the man involved in the AMBER Alert of a 2-year-old girl, has been charged with homicide.

Higgins shot two women outside of an apartment building Monday while he was supposed to be giving his child, 2-year-old Noelani Robinson, to her mother, Sierra Robinson, according to a criminal complaint.

Police say Sierra lived in Las Vegas but was in Milwaukee over the weekend to get her daughter from Higgins, who was formerly her pimp.

Sierra and one other woman, who also said Higgins was her pimp at one point, met him near the farmer's market near 22nd and Fond Du Lac Avenue. Once there, Higgins told the women to get in the vehicle and the three drove to the apartment building where he said Noelani was.

The complaint says Sierra and the other woman exited the vehicle once at the apartment near North 91st and West Mill Road, and that's when Higgins reportedly shot both of them, got back into the vehicle and drove away.

Officers found Sierra on the ground with a hole in the top of her chest and gunshot wounds on her wrist and cheek. She was declared dead at the scene.

The other woman was treated for multiple gunshot wounds at Froedtert Hospital.

Police say Higgins drives a black or dark blue SUV. They ask that anyone who sees him calls 911 immediately.