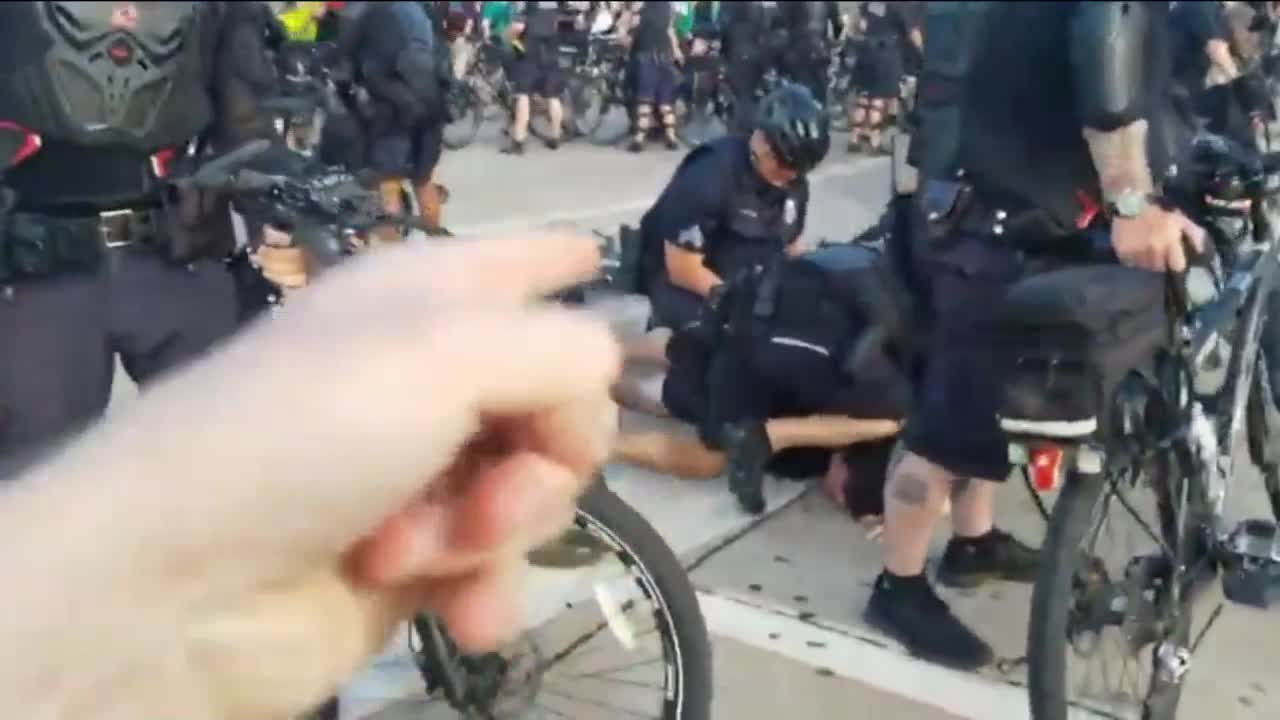 The man at the center of an arrest caught on camera is speaking out for the first time since he was taken in by Milwaukee Police near 6th and McKinley on June 2.

Cameron Murdoch took his first legal action against the city on Thursday, claiming officers violated his rights during the arrest.

Murdoch was taken off of his bike by officers and eventually taken into custody.

Murdoch said the moment is hard for him to forget. He was taken down, kneed several times.

“One puts his knee on my neck. Another rips my bike from underneath me,” Murdoch said. “I could hear a lot of people yelling and I felt the pressure on my neck and it was scary and confusing.”

Thursday, attorneys representing Murdoch filed notices of claim and circumstance, which are the first steps before filing a lawsuit against the city.

Milwaukee Police are reviewing the incident and the use of force seen in the video. Members of the Milwaukee Common Council did call for an investigation into the incident.

Police declared the day’s protesting unlawful at the point they said bottles and other items were being thrown at them.

Murdoch said having a knee to his neck is an example of why, even after the arrest, he will continue to protest.

“That’s the reason why we’re going to these protests is because of the knee on the neck and having one on the back of my neck is a scary thing to happen with everything going on,” Murdoch said.

The city has 120 days, as of Thursday, to respond to the notice before attorneys can file a lawsuit.