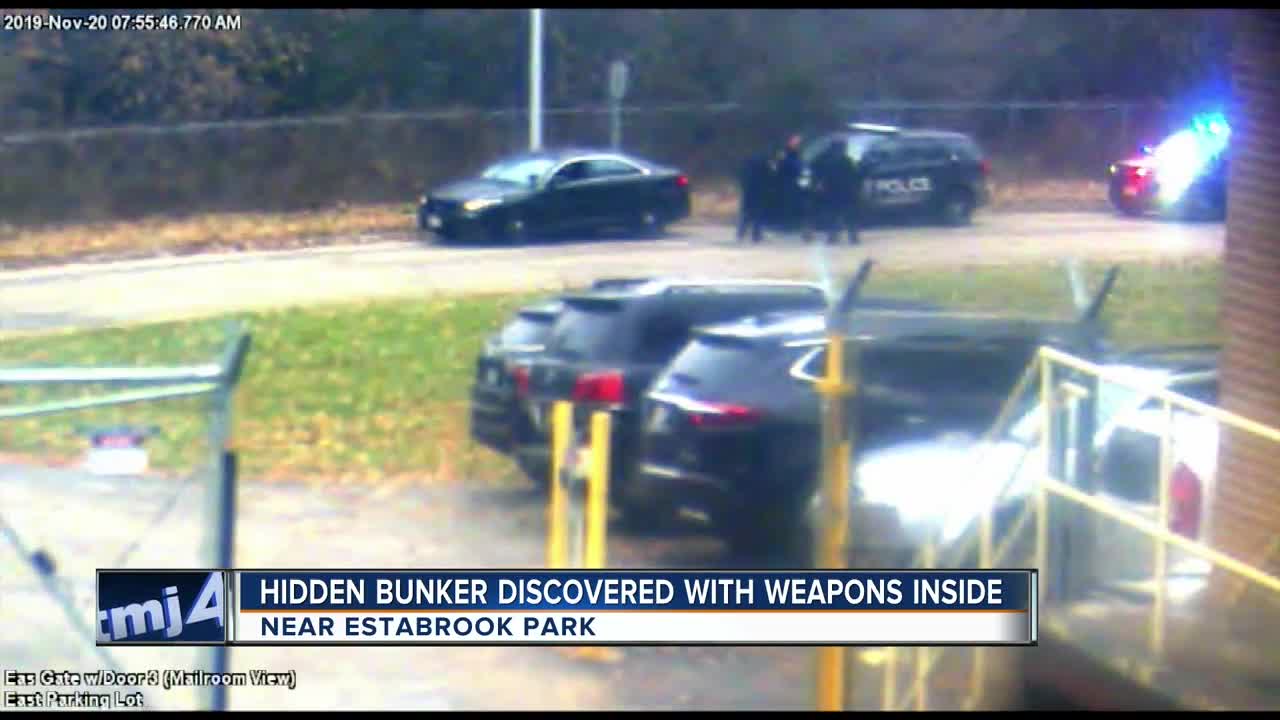 A hidden bunker discovered along the Milwaukee River had a stash of weapons inside. A man living there was arrested on Wednesday.

The Milwaukee County Sheriff’s Office said deputies were called to the area by Capitol and Humboldt along the Milwaukee River at 7:41 a.m. where they received a report of shots fired. They took a man into custody at the scene, located across from TODAY’S TMJ4. A surveillance camera at the station captured his arrest.

Deputies also came across two shelters on the West Bank of the Milwaukee River. They believe the suspect used the encampment.

A TODAY’S TMJ4 colleague discovered the encampment last month where he heard noises coming from the woods. He took a video showing a bunker, tent, jugs of liquid and several other items.

On Wednesday, TODAY’S TMJ4 saw dozens of items marked as evidence and later watched as deputies carried guns, ammunition, and a bow and arrows out of the woods.

Feet away, University of Wisconsin - Milwaukee student and staff were coming and going on shuttles at the school’s free parking lot, surprised to learn what was happening along the river.

UWM student, Anya Palmer goes to the lot every day and until now had not seen any unusual activity.

"I came down here and I saw cops and I was like well that’s not good,” Palmer said. “It’s definitely kind of unsettling.”

“A little uneasy about it for sure,” Saavedra said.

Now they remain alert and curious for answers.

UWM leases the land from Milwaukee Area Technical College, which owns the property, but doesn’t use it.

The university told TODAY’S TMJ4 police are constantly patrolling the lot and that they haven’t received any complaints.