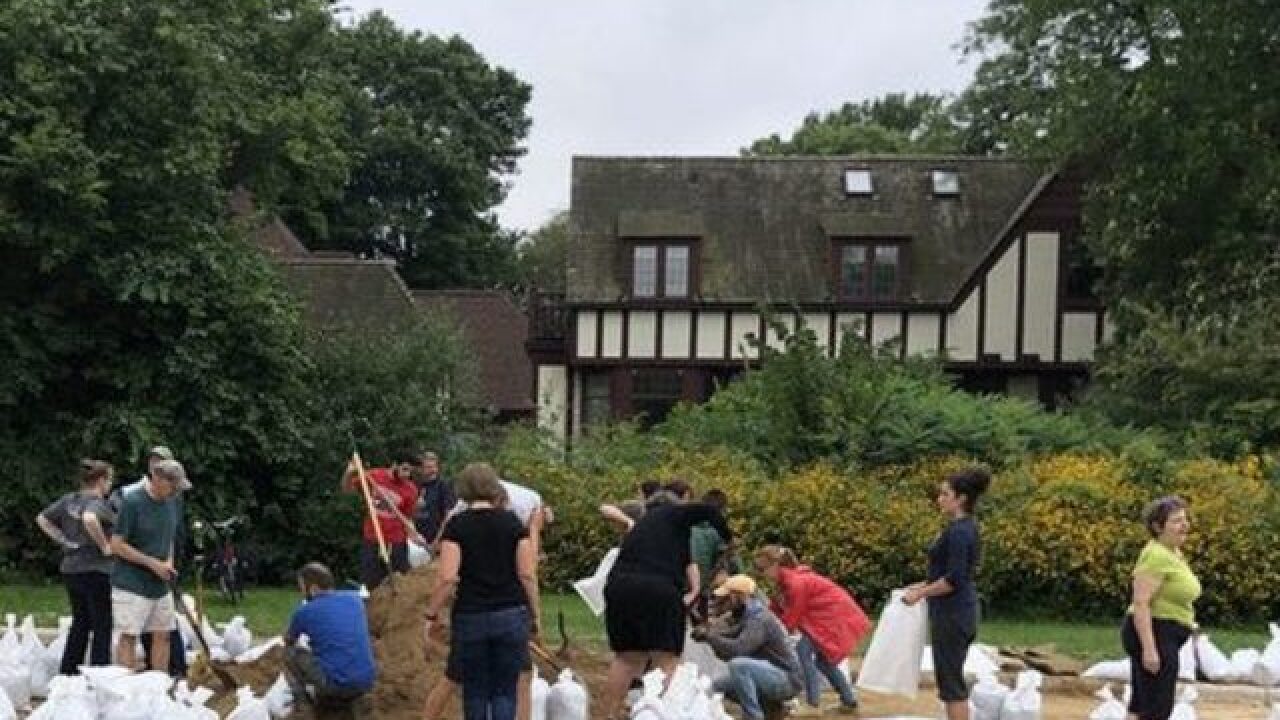 The Milwaukee Journal Sentinel reports some roadways in Madison's Isthmus were closed Saturday due to flooding. Sandbags are being filled and the National Guard was on call for possible evacuations.

Torrential storms on Monday dumped more than 11 inches of rain in some areas of Madison and surrounding Dane County, causing widespread flooding that claimed one man's life.
Officials say damages from a week of heavy rains have topped $100 million.

Madison officials say anyone willing to volunteer to fill sandbags can fill out an online form, and they will be added to an email list.

Rain is forecast to continue over the weekend and into next week.