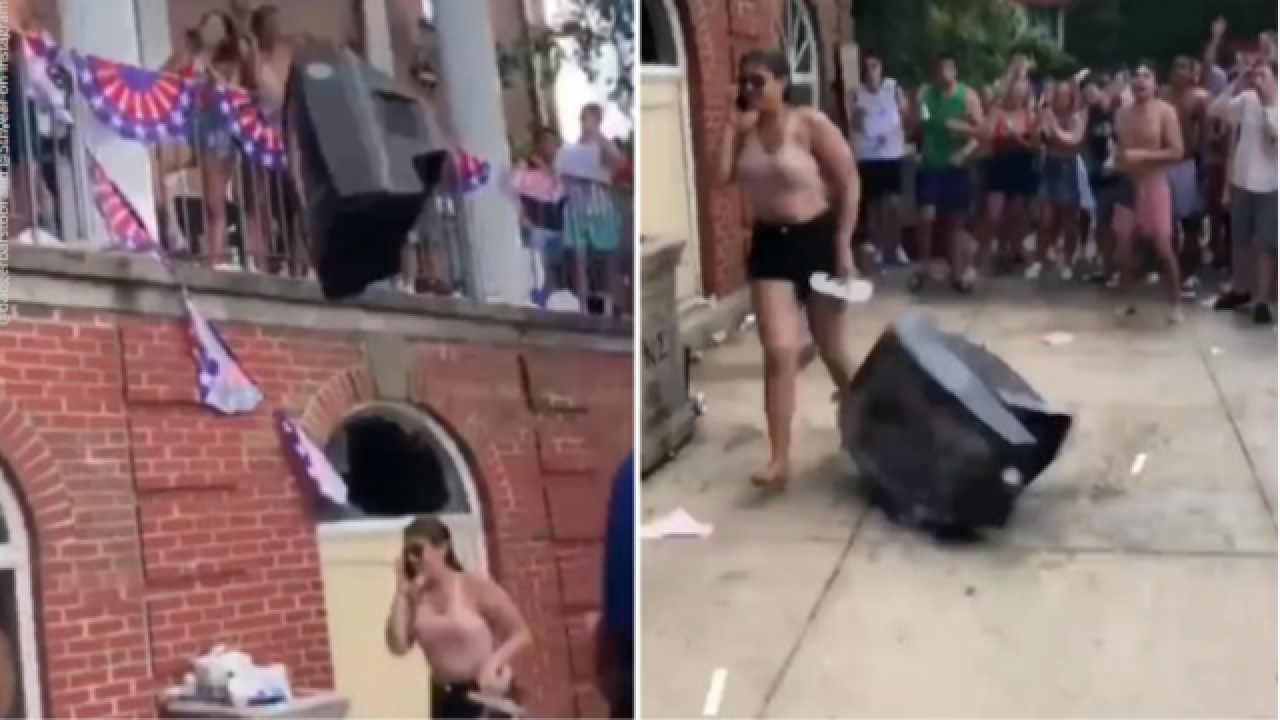 A University of Wisconsin-Madison fraternity has been terminated Friday after a further investigation into an incident that occurred over the summer.

Members of Kappa Sigma fraternity pushed a television set off a balcony in June, barely missing a woman walking on the street below.

This girl was an inch away from death @5thyear

At the time of the incident, UW officials suspended the chapter and withdrew their charter.

After further investigation, the university decided to terminate the fraternity for violating the Student Organization Code of Conduct, according to WISC-TV.

The chapter cannot re-register as a student organization for five years, however, they do have the opportunity to appeal the decision.