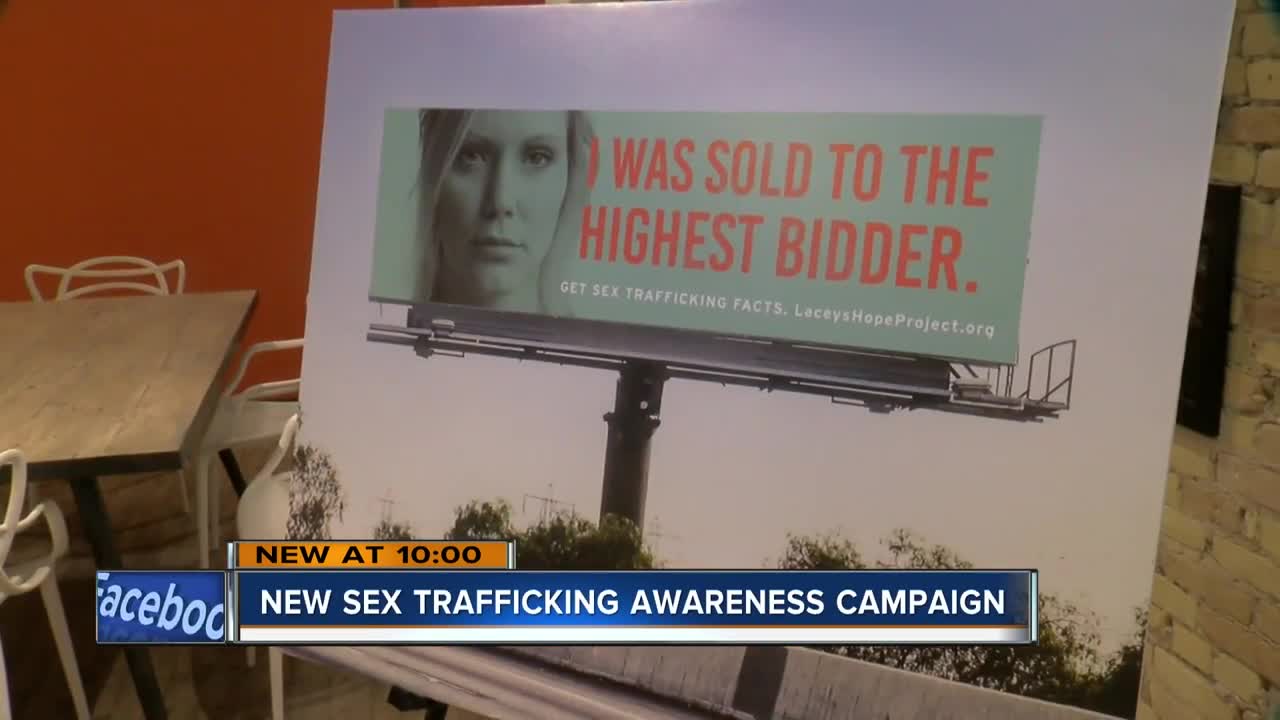 A sex trafficking victim from Hartford is the face of a new risque campaign launching in Southeast Wisconsin Wednesday.

A sex trafficking victim from Hartford is the face of a new risque campaign launching in Southeast Wisconsin Wednesday.

Messages will pop up on billboards and bus stops addressing the dangers of sex trafficking with a focus on Milwaukee's suburbs. They will say things like ''Your Suburbs Are Not Safe," 'You Can Order Her Faster Than Pizza' and 'I Slept With Your Politicians, Fathers and Financial Titans Against My Will.'

Campaign organizers said Wisconsin is the third worst state for sex trafficking. They report cases have been reported in every county in the state.

Emmy Myers grew up in Washington County and that's where her life as a sex trafficking victim started.

"I think things become a little bit more real when you can put a face to a story," said Myers.

"I was friends with everybody," she said. "I did a lot of extra curricular activities."

Her life into sex slavery didn't happen over night.

"I was introduced to my trafficker by a female and I thought she was my friend," she said. I trusted her."

"Sex traffickers are incredibly smart, business savy individuals and they use force, fraud and coercion to gain their victims trust," said Myers.

It's been six years sine Emmy escaped that life. She has since started Lacey's Hope Project, an outlet to educate people about the realities of sex trafficking.

"It knows no boundaries," she said.

Milwaukee-based non-profit Serve Marketing teamed up with Emmy for an edgy campaign bringing awareness to the dangers of sex trafficking.

Samantha Smith volunteers with the group and said it's all about being bold.

"We really wanted to kind of hit people with this message hard," said Smith.

You'll see the billboards on Highway 41 and other major interstates going in and our of the state.

She said that's why having someone like Emmy be the face of the campaign might open the eyes of more families.

"Her story is so compelling and it needs to be shared and will resignate with people all over the state," said Smith.

Emmy hopes the campaign triggers conversations between parents and kids no matter where they live.

"I grew up in the suburbs of Wisconsin and it still happened to me," she said.

A mini documentary is also part of the campaign. You can listen to Emmy's entire story here.
Parents can find resources and more information about sex trafficking at Lacey's Hope Project website .