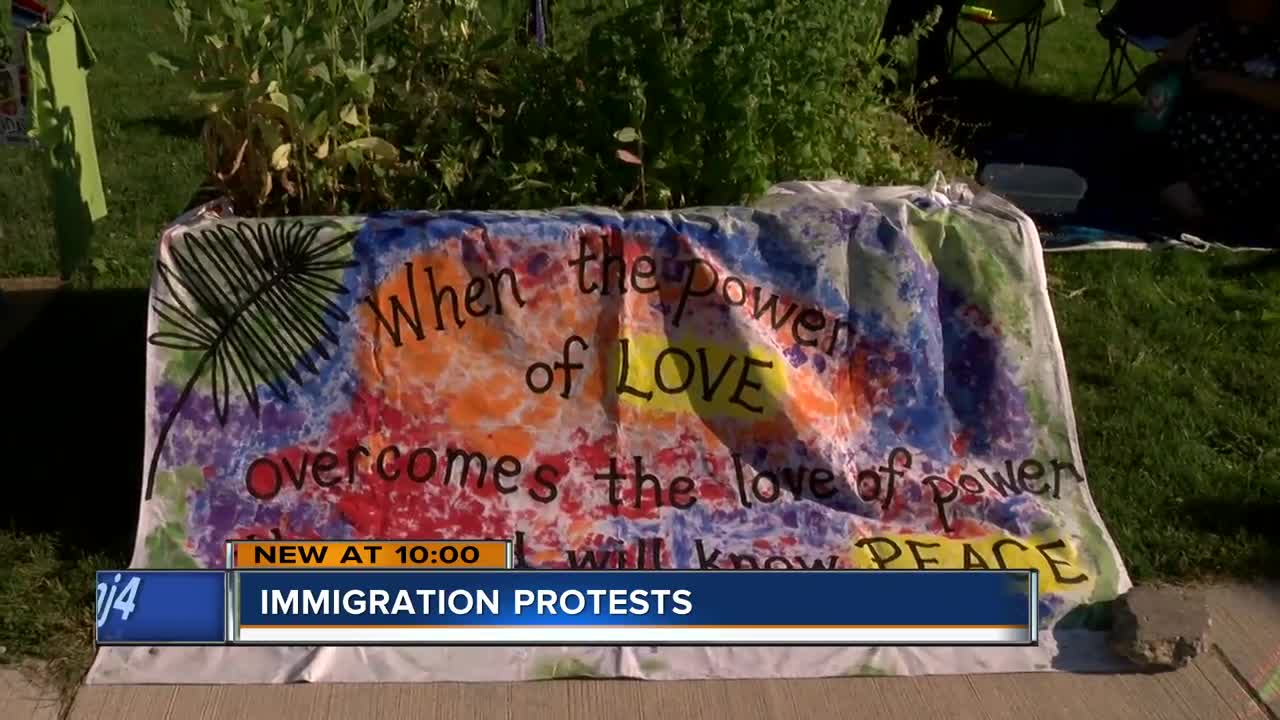 On the heels of President Donald Trump’s visit to Milwaukee, local organizations held events Friday night to protest his immigration policy and the conditions at detention camps across the country. 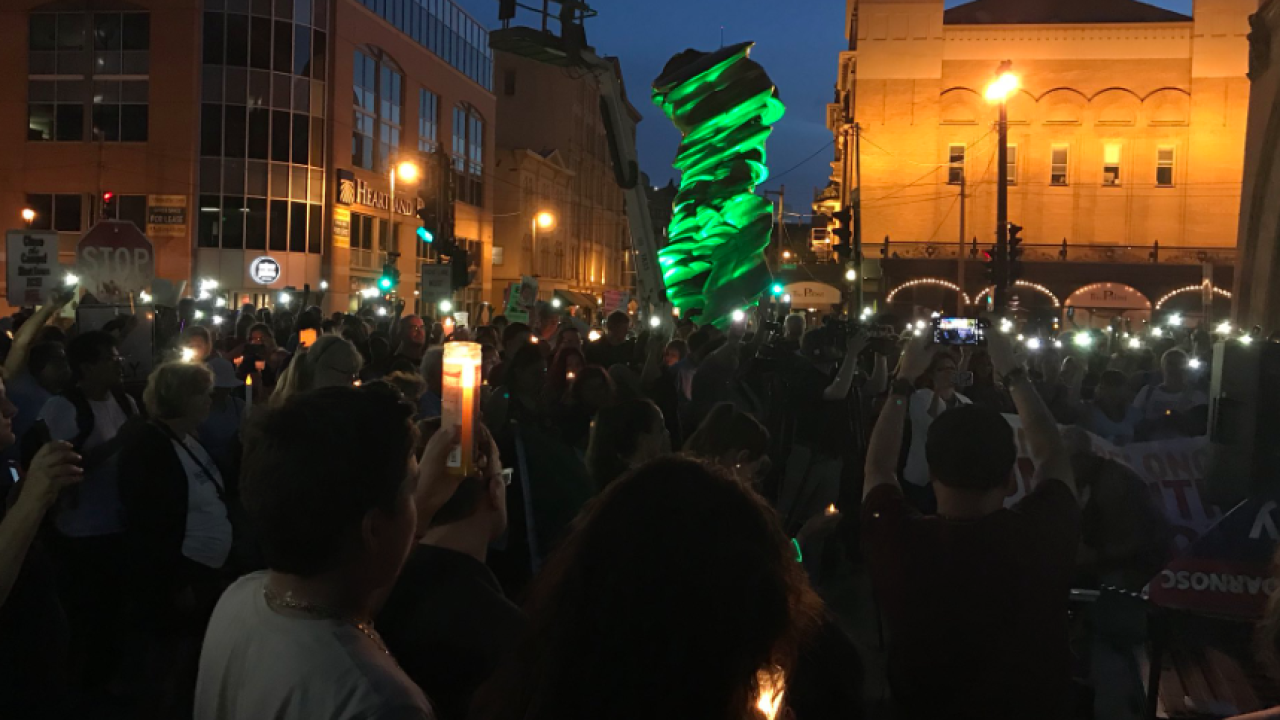 On the heels of President Donald Trump’s visit to Milwaukee, local organizations held events Friday night to protest his immigration policy and the conditions at detention camps across the country.

As long as she can remember, Camila Flores has called the United States her home.

“My future is here,” Flores said. “Originally like this land was indigenous land, and I feel like my roots are more embedded here than anybody else who says go back to your country.”

She came to the country when she was 4 and is not scared to say she remains undocumented, but she can’t imagine being forced to deport.

“It’s so hard to say that you’re going to be sent home to somewhere that you’ve never lived,” Flores said.

It’s an issue impacting communities across the country as they watch families separated and detained at camps in poor conditions.

However, by coming together they hope to initiate change.

More than 100 people rallied outside Milwaukee City Hall to make their voices heard.

“It is psychological terrorism, that’s the way we call it,” Primitivo Torres of Voces de la Frontera said to the crowd.

“It’s easier to look away to something that you don’t want to see, but we should all be crying,” protester Linda Barr said.

Others tackled the border crisis over in Silver City, at a taco truck event, where they screen-printed T-shirts and revealed an art display of the holy family being detained by ICE.

“Call into question whether or not we’re treating the migrants that are coming across the border in a Christian way,” Milwaukee Taco Truck Advocates Founder Julio Guerrero said.

While many undocumented immigrants remain in fear, Flores said what’s helped her is having the community behind her.

“If I have a community’s support and I have enough knowledge that I can protect myself, then it kind of like removes that fear almost,” Flores said.

Those at the rally said they’re going to keep holding more events protesting the situation at the border until something changes.