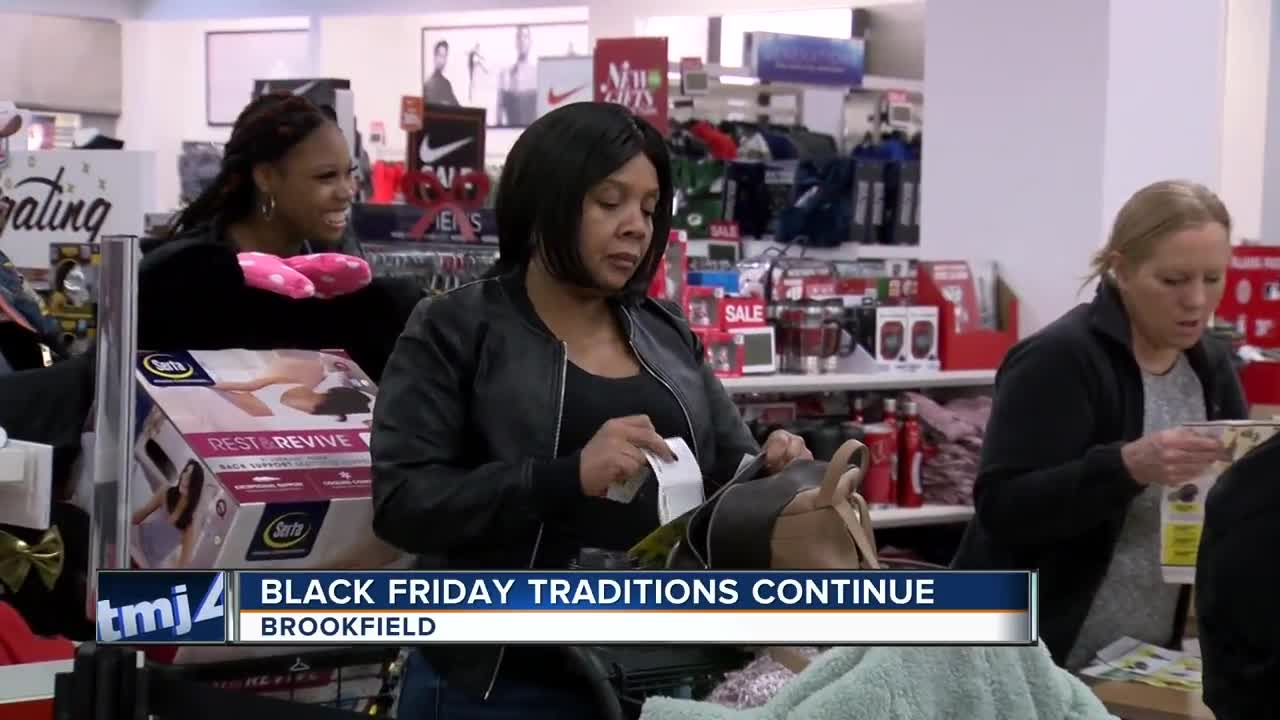 For one family, Black Friday is a tradition unlike any other.

MILWAUKEE — All day Friday thousands of people in southeast Wisconsin flocked to stores trying to get their hands on the best Black Friday deals.

Many dashing through Kohl's —scoping out the best sales in sight. For Delajiah Smith and her family, it's a tradition.

The day of tracking down deals runs in Smith's and her family's DNA.

“It’s four generations and we do it every year,” Kiara Berry, Smith's cousin, said.

The ladies get started around four in the morning, they say they aren’t shopping for anything in particular, but still, they manage to fill their carts.

“We don’t come looking for anything specific, but we just come enjoy each other [and] catch a few sales,” Berry said.

Sue Frost also likes to cash in on the shopping craze.

“I found these really really cute socks for just a dollar each,” Frost said.

Not only shopping for herself but sometimes gifting things to people she doesn’t even know.

"God has been good to me and given me so much [and] our soldiers especially they’ve given to us so much, I want to give something back to them,” Frost said.