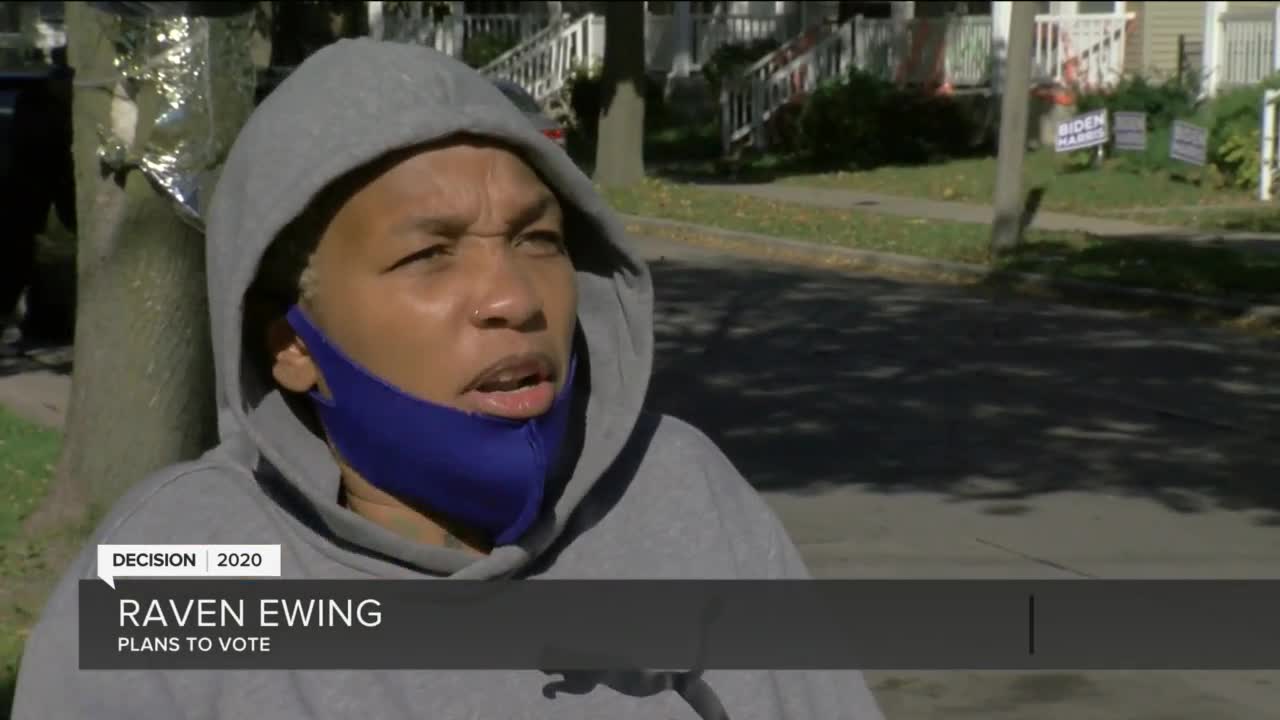 Local groups are making massive efforts to get African American voters registered ahead of the election, despite feelings from the community of their votes not being heard. MILWAUKEE — Local groups are making massive efforts to get African American voters registered ahead of the election, despite feelings from the community of their votes not being heard.

“I don’t really feel like my vote would count,” Raven Ewing of Milwaukee said. “I’m going to vote; I will say that.”

Ewing’s sentiment is shared among other voters of color. Pew Research shows, in 2016, Black voter turnout dropped for the first time in 20 years, falling to 59.6 percent from a record-high 66.6 percent in 2012.

“I don’t think our culture votes enough,” Ewing said. “It’s going to take just more of me, as a Black woman. We need a lot more Black people to vote for everybody’s vote to count as one.”

Groups like Souls to the Polls and Amani United are working hard to encourage Black voters to not feel left out. However, it can be a difficult sell, when some feel there are powers bigger than them working to prevent their votes from being as effective.

“They are kind of gerrymandering neighborhoods and make it harder,” Levan McFadden of Milwaukee said. “It isn’t fair. It’s a game for some people but this is life.”

Gerrymandering is an act of lawmakers redrawing boundaries, in theory, to keep things balanced politically. Should one area of the state see an increase or decrease in population, the lines will help keep it balanced so one section of the state doesn’t disproportionately outweigh the other.

However, that process can be taken advantage of to disenfranchise certain communities. The graphic below, designed by the University of Wisconsin’s Applied Population Lab, shows how a certain district may have a majority of African Americans compared to their white counterparts.

“When you gerrymander and pack folks into a district, you are diminishing their power,” Democratic Lawmaker, David Bowen said. “They should be created evenly with a lens that allows communities to be respected and to be engaged where they don’t have to have political power pushed into as few districts as possible. It should be spread out so voters of color have a chance to have influence in as many districts as possible and have it reflect the diversity of the state.”

Bowen says, in addition to being unfair, it can have a lasting impact on how voters of color view elections.

“It creates apathy,” Bowen said. “It creates folks to be turned off from engaging in a system in the first place. It’s important that Black voters understand the power they have in one of the biggest swing states in the country.”

It’s something even Wisconsin Republican State Senator Dale Schulz agreed with. Even though he originally voted to support gerrymandering.

“My epiphany came when, after the election, when Democrats won a wave election in the Wisconsin Assembly, I believe became one seat more Republican,” Schulz said during an interview with the Marquette Law School. “I said, that simply can’t be. That can’t happen. I realized, we had invented a process that was thwarting the will of voters.”

Because of these efforts, local groups are pushing to encourage Black voters to go above and beyond this election cycle.

The deadline to register to vote online was Wednesday, Oct. 14. However, you can still register in person before Oct. 30 and, in Wisconsin, you can register to vote on Election Day. Just be sure to bring a valid identification and proof of residence, like a utility bill. For more information, you can visit myvote.wi.gov.