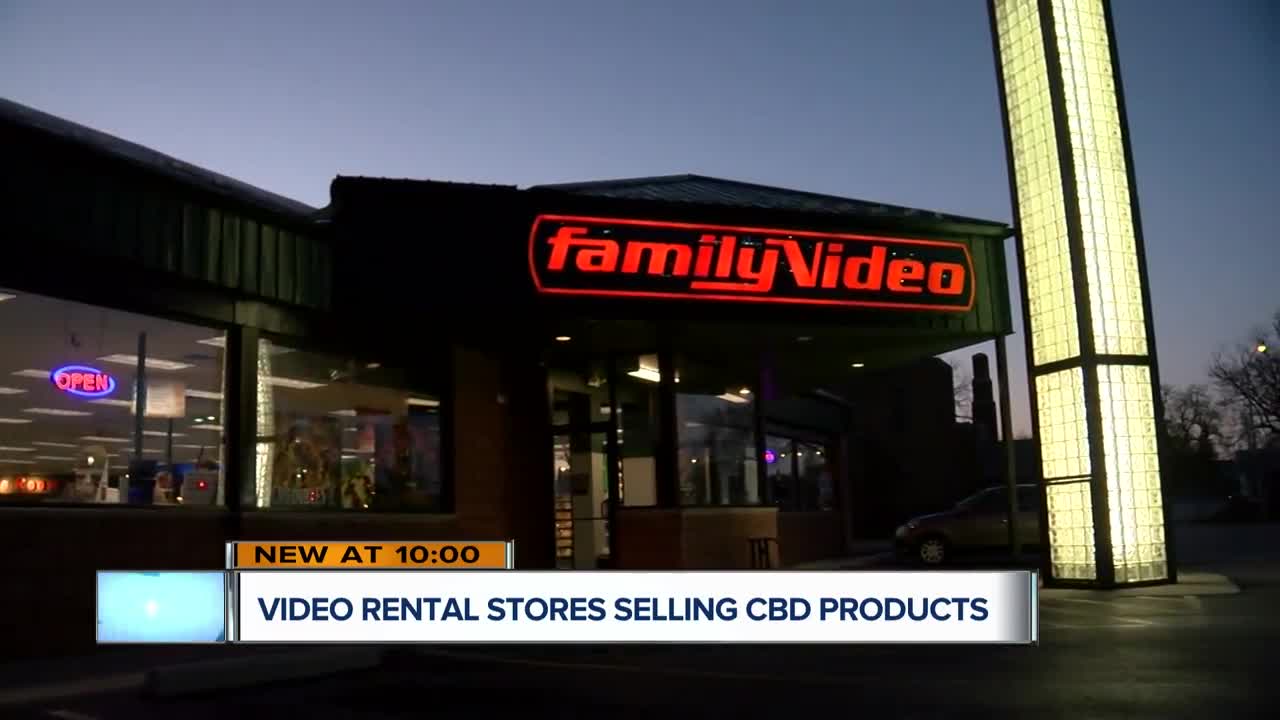 At the West Allis location, District Manager Brianna Carlson says the decision to sell the medical product was made by the CEO of the stores who had success using CBD balm.

The CBD sales are also bringing customers into a business that has had to adapt to the changing industry of Netflix and digital downloads.

Carlson says “people will stop and be like 'oh you guys carry CBD now.' They'll kind of look around, it's old school nostalgia of having something in your hand, looking at it, going through the video store. So we’ve gained a ton of customers by having this in our store.”

CBD oil is widely believed to help people with anxiety, insomnia, pain and other ailments. Dr. Cecilia Hillard of the Medical College of Wisconsin has been studying the affects of Cannabis since the 70’s. She says while CBD and THC are found in cannabis, CBD alone will not make you high, but it does carry some other benefits.

“People are looking I think for natural ways to treat our 21st century problems… There’s reason to believe it can be effective in those various conditions” says Hillard.

The video store management says CBD accounts for $500 to $1000 in sales a week. It is now solid all Family Video stores where local laws allow it.