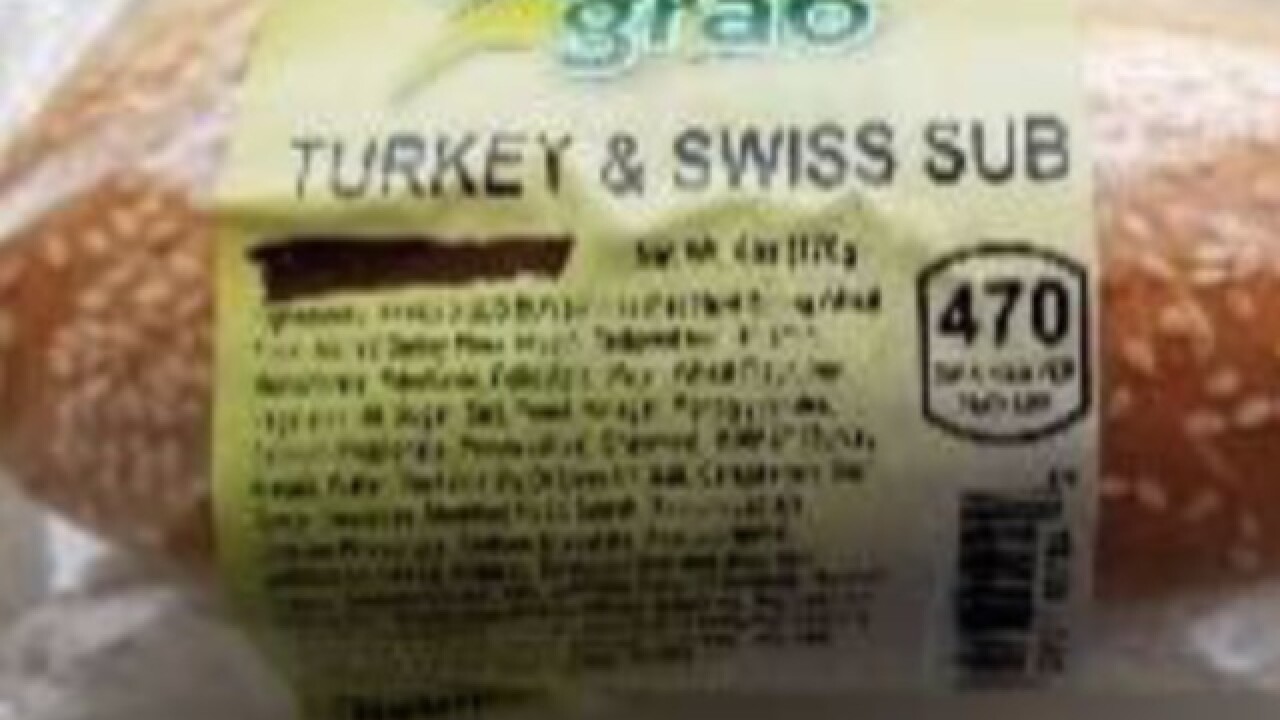 The Premo Brand and Fresh Grab turkey and Swiss sub sandwiches made by Lipari Foods LLC have been recalled due to a potential Listeria contamination.

The FDA reported the company voluntarily recalled the products that were packaged by its sister company JLM.

Listeria is an organism that can be serious or fatal if it infects children, elderly people and those with a weak immune system.

The products were produced on July 17 and distributed in Wisconsin among other states including Florida, Illinois, Indiana, Kentucky, Michigan, Minnesota, Ohio, Pennsylvania, Tennessee and West Virginia.

If you have a Lipari Foods sub with the product numbers 915537 or 251694, throw them away or return them to the place you bought them.

No illnesses have been reported thus far due to the potential outbreak.