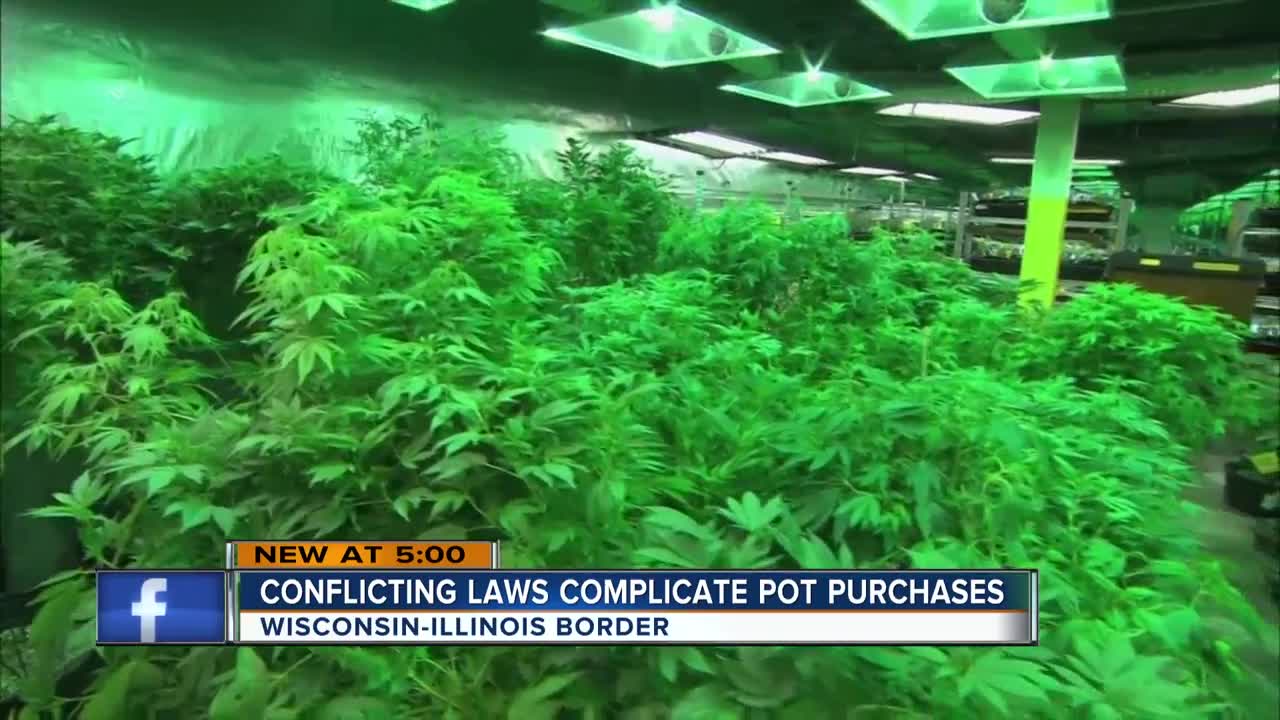 Just because pot is legalized in Illinois, won't mean it's easy to find or bring to use back in Wisconsin.

The state of Wisconsin will soon to be surrounded by legal weed. In just six months, Illinois will become the 11th state to legalize recreational marijuana.

Starting on January 1, 2020, Wisconsinites 21 years and older will be able to drive down to Illinois and legally buy up to 15 grams or half an ounce of marijuana. However, for the first several months, it won't be as easy to find as some may think.

"It's a drug that doesn't really hurt anybody," said John Whynott of Kenosha.

"It's everywhere in the United States," he said.

But it won't just be for Illinois residents.

"The world is changing man, I don't know if it's for the better," said Lawrence of Kenosha.

Lawrence is concerned that anyone of-age with a valid I.D. will be able to buy.

"People that are responsible, it's going to be great, but for people who aren't going to be able to handle it, it can be a catastrophe," he said.

In Grayslake, Illinois, C.B.D. store owner Zac Camp is counting down the days.

He plans to apply for a license next year to add hemp's cousin crop to his shelves.

"My thought is it's going to be a line around the block to get into one of those places," he said. "I think the first couple weeks will be hectic."

For the first few months of 2020, the state of Illinois plans to only allow current medicinal marijuana dispensaries to sell recreational weed. There are around 55 licensed stores across the state.

"I think it's a good idea to let them start with it, but they also need to get the 'little man' involved eventually," Camp said.

Ultimately, Illinois leaders believe recreational pot will create a $1 billion economic boom annually with a portion of that coming from those traveling from out of state. Camp's biggest worry isn't visitors illegally bringing their pot back with them.

"My concern for the community generally is people driving stoned. It slows your reaction and that's my concern," he said. "I do see the challenge. I know that law enforcement doesn't have like a breathalyzer as you would for alcohol with marijuana."

Wisconsin Governor Tony Evers proposed legalizing medical marijuana and decriminalizing small amounts of pot in his budget, however the republican-controlled legislature vows to not support the measure at this time.