Lightning strikes apartment, building up in flames, more than 100 displaced 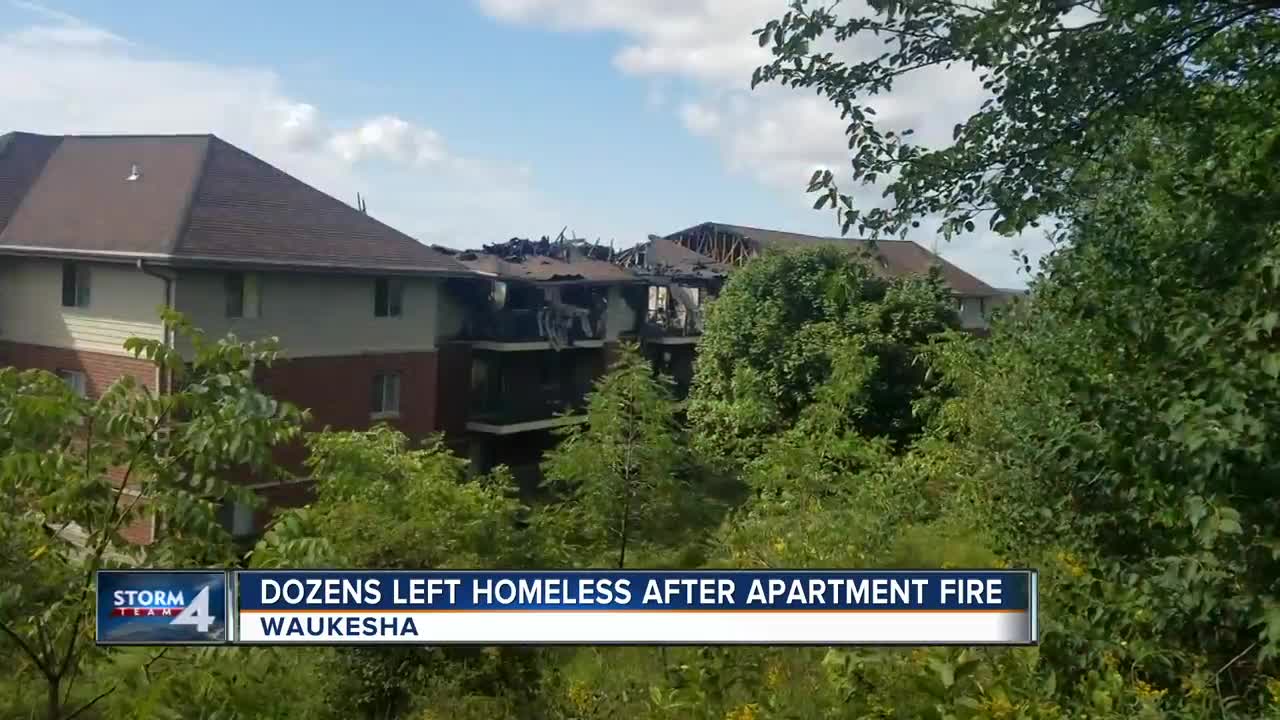 At about 11:30 p.m. Thursday, the City of Waukesha Police and Fire Dispatch Center started to receive calls of a structure fire on East Main Street. They made the scene shortly after. Crews fought the flames until getting it under control around 5:30 a.m. Friday.

More than 42 units had to be evacuated and more than 100 people were displaced, according to officials. Friday morning, residents were back out at the site hoping to pick up any salvageable items.

“It’s heartbreaking. To see everyone grab what they feel is necessary,” said Nico DeLeon, a resident.

DeLeon was one resident who lost his home of nearly eight years. His second floor unit was primarily water damaged, but he still lost a lot of valuable items.

"I was looking to minimize soon, but not like this," he said.

The Red Cross opened a shelter for apartment residents at Elmbrook Church, 777 S. Barker Rd, in Brookfield. The shelter is in the gym; enter through the south side of the church.