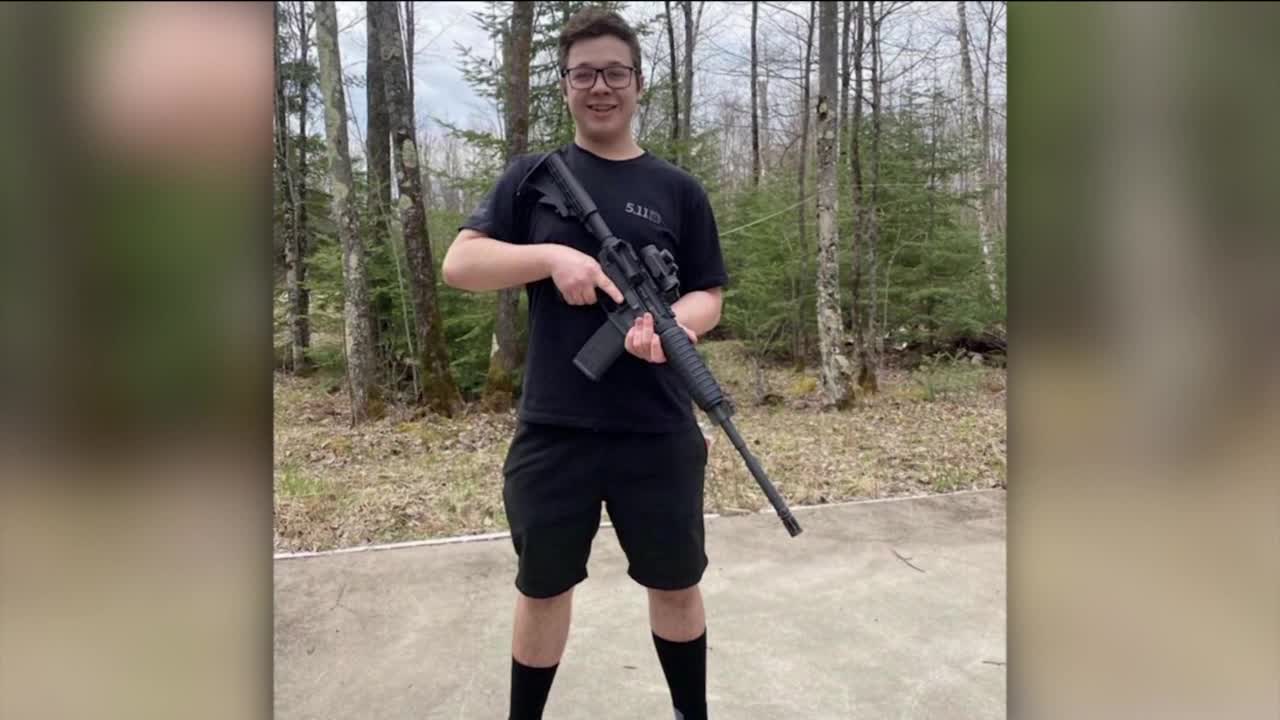 Four people including the partner of one the victims in the deadly Kenosha shooting have filed a lawsuit against Facebook, members of two militia groups and Kyle Rittenhouse, alleging the social network allowed the defendants to promote conspiracy theories that led to the Kenosha shooting.

MILWAUKEE — Four people including the partner of one the victims in the deadly Kenosha shooting have filed a lawsuit against Facebook, members of two militia groups and Kyle Rittenhouse, alleging the social network allowed the defendants to promote conspiracy theories that led to the Kenosha shooting.

The lawsuit filed in the federal court of the Eastern District of Wisconsin Tuesday alleges Facebook failed to delete two pages - the Kenosha Guard and the Boogaloo Bois - in time before allegedly racist and hateful content on their pages led dozens of armed people to Kenosha, including Rittenhouse.

The Plaintiffs in the lawsuit are Hannah Gittings, partner of Anthony Huber, who was fatally shot allegedly by Rittenhouse; Christopher McNeal, a Black man who says he was assaulted by militia members; Carmen Palmer, a Black woman who says she was attacked by militia members when she traveled to Kenosha to protest; and Nathan Peet, a local journalist who witnessed Rittenhouse allegedly shoot the first victim.

The Defendants are Kevin Mathewson, the self-entitled commander of the militia group the Kenosha Guard, and who assembled armed militia members to stand guard across Kenosha; the Kenosha Guard, the above Facebook group founded by Mathewson; Ryan Balch, a militia member and according to the lawsuit a 'Tactical Adviser' who led the group that Rittenhouse was a part of; the Boogaloo Bois, a right-wing militia that has the alleged goal of fomenting a race war in the U.S.; Kyle Rittenhouse, who was charged with homicide for shooting and killing two protesters and injuring a third; and Facebook, who the lawsuit alleges received over 400 complaints regarding the Kenosha Guard's call to arms but failed to take action.

The lawsuit alleges that "These calls to arms, as one might infer, are not met with the responsible consideration of concerned citizens, but by violent, racist rhetoric in which militia members promise to shoot protesters, their desire to literally kill people displayed publicly for all to see."

The lawsuit argues that Facebook's algorithm allows content from such militia groups to spread rapidly, and in the case of the Kenosha Guard, get picked up by InfoWars, which wrote an article on the group's call to arms for its readers.

The lawsuit adds Rittenhouse answered such a call to arms and drove across state lines from Illinois to Kenosha with a long gun. Under Balch's command, Rittenhouse later independently shot the three protesters, according to the lawsuit.

Regarding Facebook, the lawsuit alleges that before Aug. 25 - the day of the shooting - the network received over 400 complaints and flags concerning the Kenosha Guards' Facebook page and the content it was posting. The lawsuit alleges that the social network did not attempt to take the page down until after the shooting occurred, and apparently Mathewson took his page about the Kenosha Guards down by himself.

"More importantly, Facebook continues to provide militias with the tools to further their violent conspiracies, at a time when we are entering into an election period in which the President of the United States— who openly supports the activities of these militias, while insulting Black Lives Matter and other racial justice protesters—has declared his intent to contest the forthcoming election," according to the lawsuit.

The lawsuit cites several causes of action, including Conspiracy to interfere with civil rights, Action for neglect to prevent, Negligence, Civil conspiracy, Intentional and negligent infliction of emotional distress, among other causes.

The lawsuit calls for the injunctive relief enjoining Defendants from future violations of Plaintiffs’ rights guaranteed under federal and state law, as well as damages determined during a trial.

The lawsuit was filed on behalf of the Plaintiffs by Jason Flores-Williams and Jennifer D. Sirrine, of 21st Century Law, both based outside of Wisconsin.

A Facebook company spokesperson issued the following statement: “We removed the shooter’s Facebook and Instagram accounts and took action against organizations and content related to Kenosha. We have found no evidence that suggests the shooter followed the Kenosha Guard Page or that he was invited to the Event Page they organized.”