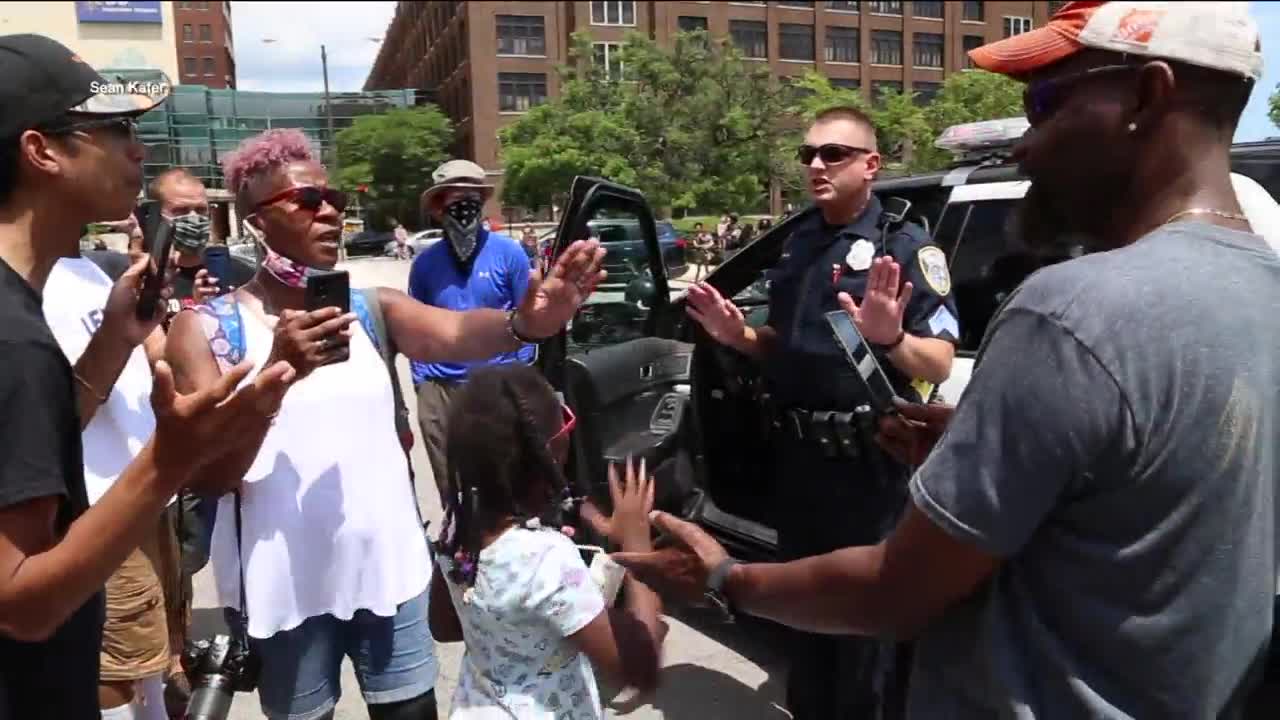 MILWAUKEE – Children marched with their parents Saturday on Day 30 of peaceful protests in Milwaukee. But there was a moment of frustration among parents during a tense exchange with police outside MPD headquarters.

The half-day protest was supposed to end outside the headquarters, with activist Frank Nitty reading to kids. But before they could do that, they were approached by officers telling them to move out of the street.

“Please just get out of the street,” one officer said to a young girl.

“We are not getting out of the street until we get what we want,” she responded. “Do you not know what has happened to us in the last few months?”

Protesters say an officer approached them holstering his mace, upsetting parents and other protesters looking to read to the kids outside the building.

Arieol Ward said it was an opportunity to bridge the gap.

“Part of the problem is they’re not trying to create a common ground with us. Whatever is that you’ve got to do is more important that sitting out here with these kids for a few minutes,” Ward said.

“The sergeant, the guy who unholstered his mace twice, grabbed the book, sat down, and started ‘oh no, I’m going to read, I’m going to read, let’s do this.’ And it’s like, you’re not hearing us,” said LaTasha Lux, who has documented many of the days of protests.

Lux says she feels protesters still aren’t being heard by many.

“That’s why they continue to protest. And what happened out here this afternoon was a perfect example of that. We’re trying to create this dialogue, to portray police officers to little brown boys and girls who may be frightened of them, in a different way.”

Saturday’s protest did end peacefully despite earlier tensions. Officers offered barricades to protect the protesters as they wrapped up their day.

TMJ4 News has reached out to the Milwaukee Police Department for comment but has not received a response.