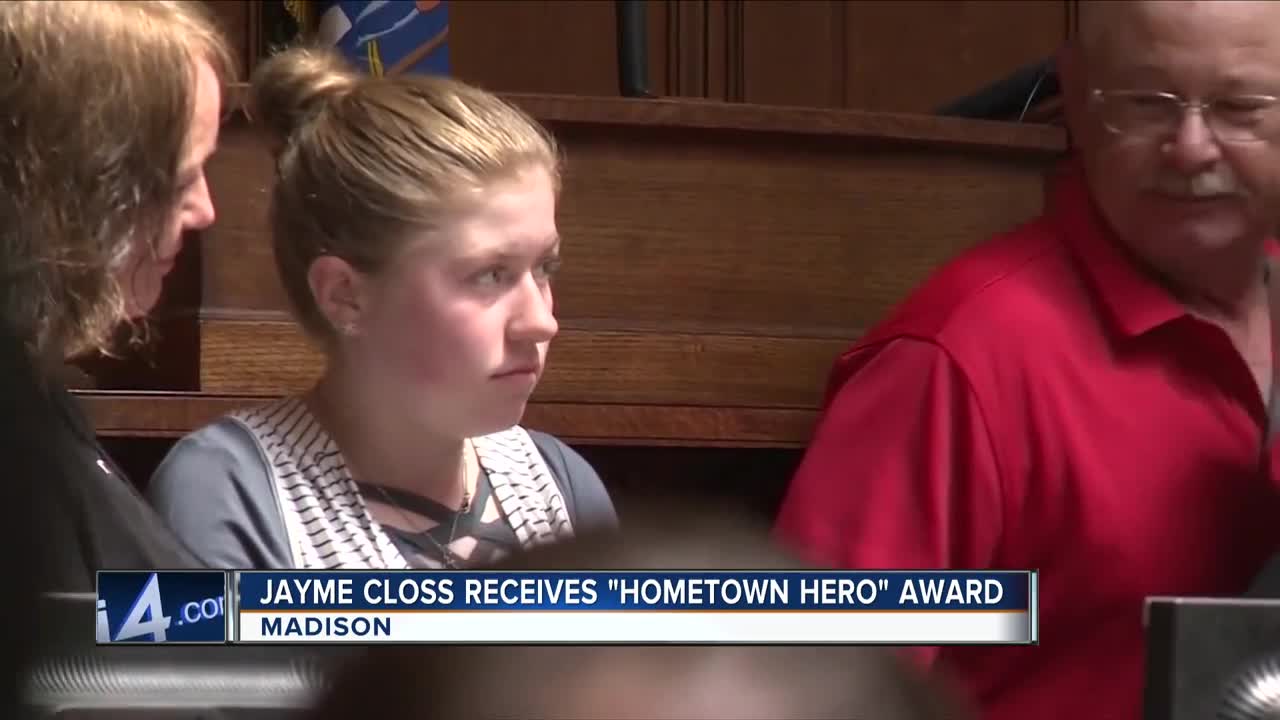 Jayme Closs is being honored by the Wisconsin Assembly as a "hometown hero." 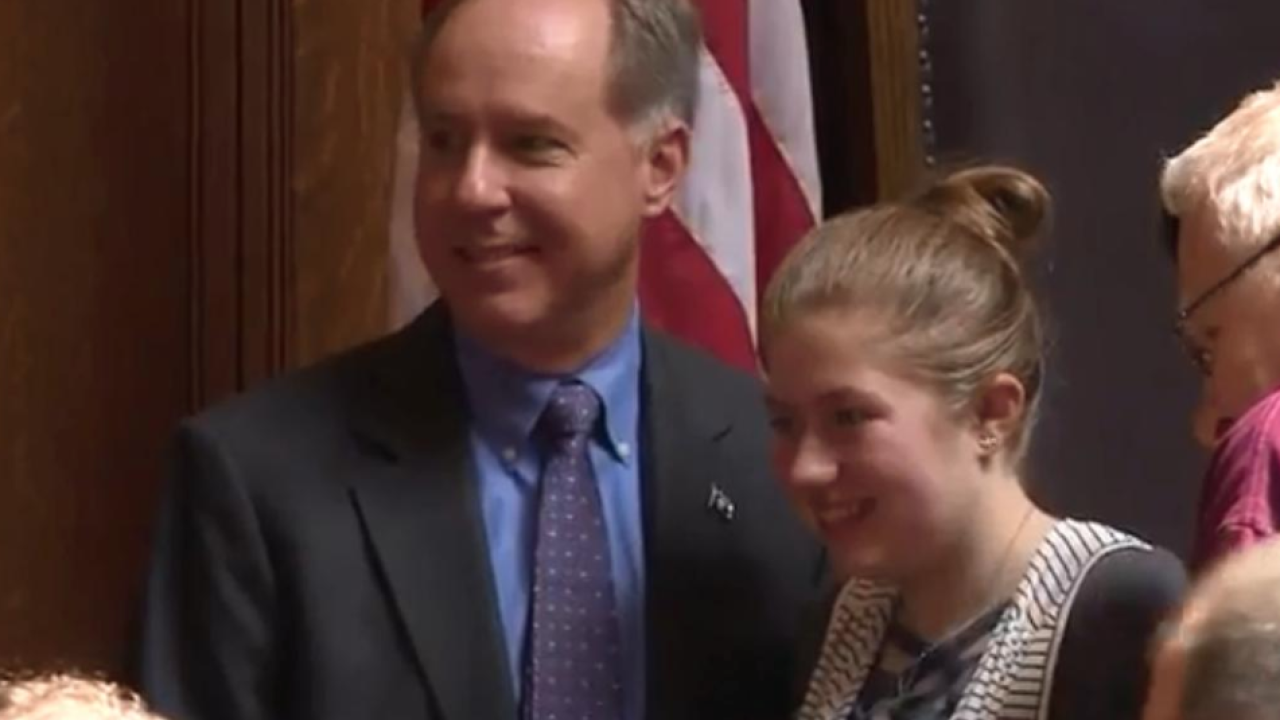 MADISON (AP) — Jayme Closs is being honored by the Wisconsin Assembly as a "hometown hero."

The 13-year-old Closs appeared with family members and friends to receive her honor in the Assembly chamber on Wednesday. It was a rare public appearance for Closs, who escaped her kidnapper in January after being held captive in a remote northwestern Wisconsin cabin for three months.

Her aunt, Jen Smith, accepted the award and said Closs' bravery and spirit are inspiring. Closs stood behind her aunt but did not speak.

Jake Patterson has pleaded guilty to kidnapping Closs and killing her parents Oct. 15. He faces life in prison when sentenced May 24.