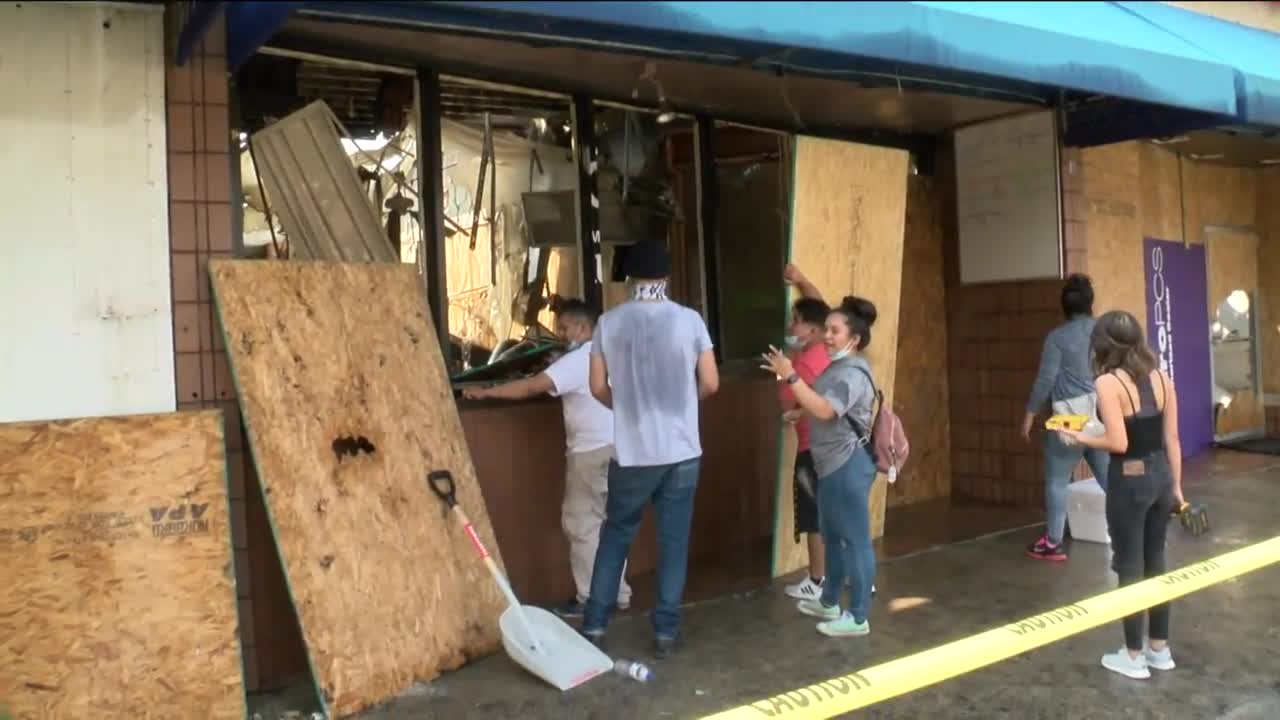 Several businesses have been destroyed in Kenosha during protests after the shooting of Jacob Blake. 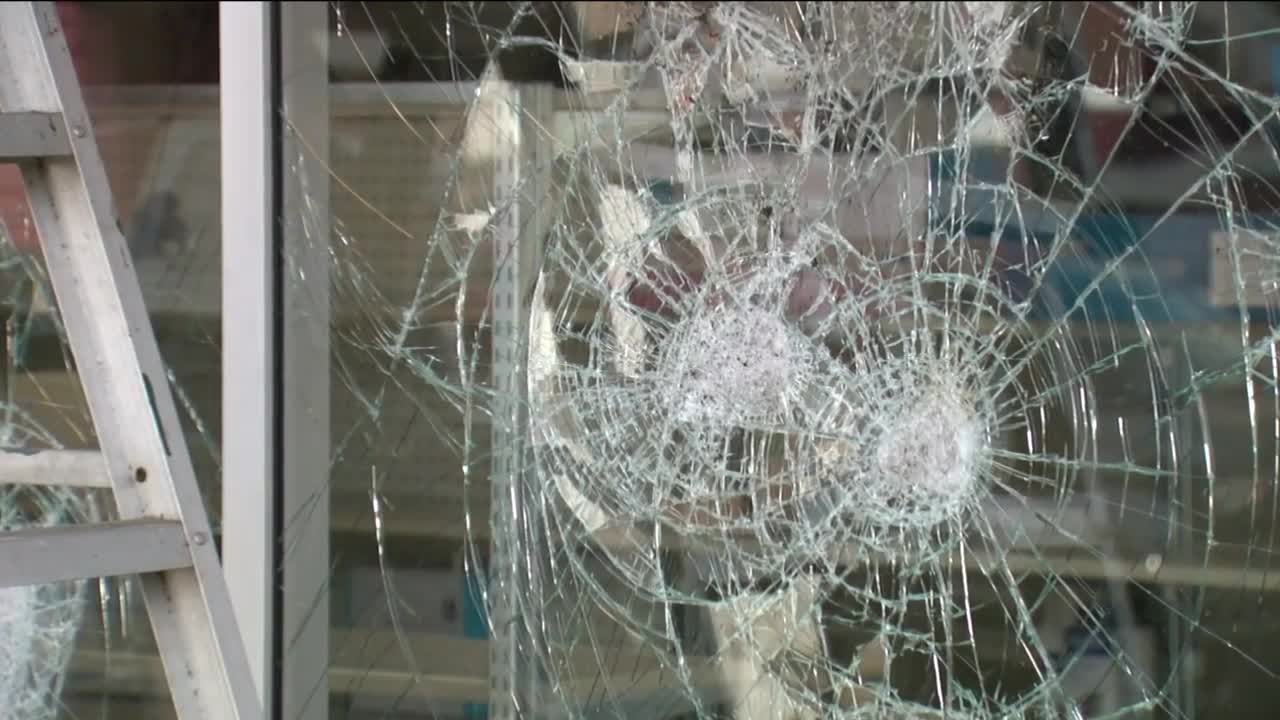 KENOSHA, Wis. — Kenosha's Uptown neighborhood is reeling after another night of unrest.

22nd Avenue was lined with businesses, now so many of them are left in pieces and ashes.

By 11 a.m. firefighters were still dousing a building with water.

"This is crazy my job is gone. My job is gone," said Marcus Starks who lives and works in the area.

Marcus shared a cellphone video of the Uptown Pantry where he works. The store, which he says neighbors rely on, was left in shambles

The market along with many other businesses went up in flames.

"There was so much history in that building. there's so much gone. I don't know if we'll ever be able to replace it. We have to see what the safe's still got," said Duane Kreier, a former president at the establishment.

Pat Oertle, one of the owners of Computer Adventures, said she got a call from a friend who said they were watching Uptown burn on YouTube. Pat questioned why more wasn't done to stop people.

"We're here six days a week for 29 years and this is our livelihood right here and it's gone," said Pat.

As firefighters continue to put out flames people came together to clear debris and board up windows, creating a sense of community even on some of the darkest days.

Abel and many others here understand the outrage over the police shooting of Jacob Blake but believe there has to be another way to make a change.

As the day went on, people worried about what Tuesday night would bring.